Five days after Steven Guilbeault was appointed Canada’s environment minister in October 2021, he headed to Scotland for the annual United Nations climate talks being held in Glasgow.

But Guilbeault, who says he prefers “trains to planes whenever possible,” would only agree to fly as far as London. His team made the remaining 555 km of the journey by train, producing less than a sixth of the carbon dioxide than if they had flown.

It was a sign to his slightly surprised staff that things were going to be done a little differently now that they had an activist in office.

Guilbeault, 52, is the first professional environmental activist to go from lobbying the government to move faster against global warming to being the one controlling the speed of the bus.

“I think that the prime minister wanted to have an activist in this position because he believes that is what is needed to do what we told Canadians we would do during the last election on climate, on nature, on environmental issues, which is to do more and to do it faster,” he said in an interview with The Canadian Pres

The appointment brought hope to his compatriots in the environmental movement.

“He kind of understands what the scale of the challenge is,” said Timothy Gray, executive director at Environmental Defence Canada.

“You don’t need to spend hours briefing him, and so that makes a huge difference.” 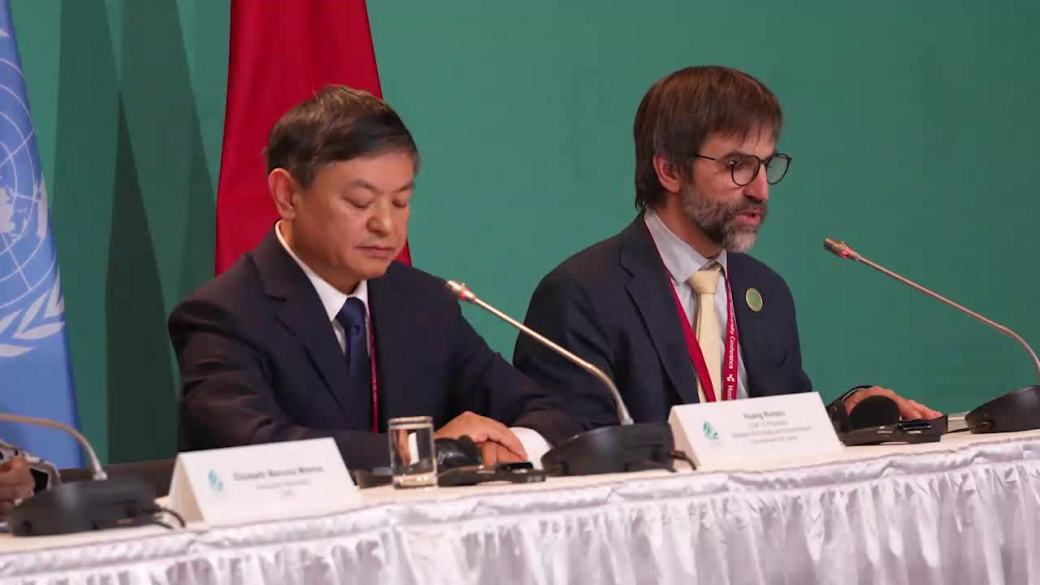 Since taking on the role, Guilbeault oversaw progress on at least eight major environment policy promises, including on electric vehicles, plastic pollution, clean electricity, updated regulations to curb methane emissions, clean fuel standards, an emissions cap on the oil and gas sector and the publication of a long-promised national adaptation strategy.

In April, he published Canada’s first national emissions reduction plan, the first to map out what needs to be done to meet greenhouse gas emissions targets by 2030.

And in the final weeks before Christmas, Guilbeault helped host the world in Montreal, where 196 countries reached a landmark agreement to halt the destruction of nature.

“This is an unprecedented rate of deploying, flexing basically, our regulatory muscles to ensure that we’re both using carrots and sticks to to achieve our targets,” he said.

He is quick to agree the heavy lifting isn’t done. Most of his files are works in progress, with final regulations still to be developed or implemented.

That includes making a decision on how the government will cap emissions from oil and gas production, which will involve more political bickering with the government of Alberta.

Oil and gas industry representatives declined to comment for this story, though they meet with Guilbeault regularly and have told him they can’t meet the targets he has tentatively set for them by 2030.

The minister has chastised companies for raking in record profits because of the effects of the Russian invasion in Ukraine on world oil prices. But he has listened to their concerns, opened the door to some flexibility on targets and even approved a new oil production project in April – the kind of thing he had spent an entire career lobbying against.

“The most difficult decision I had to make, by far, was Bay du Nord. There’s no doubt about that,” Guilbeault said. “That particular day was extremely difficult.”

The mega offshore project in Newfoundland and Labrador is expected to produce more than 300 million barrels of oil over its lifespan.

Caroline Brouillette, the national policy director at Climate Action Network Canada, said its approval is proof that having “one of the most reputable community and environmental activists” in cabinet is not enough to prevent the exploitation of oil.

“It was really a heartbreaking moment,” she said, calling Guilbeault “someone who, in theory, should have said no to that project.”

In May, an alliance of environment groups launched a lawsuit to overturn the approval. Among the groups involved is Equiterre, the very same organization Guilbeault helped found in 1993.

Though Guilbeault said he hasn’t lost friends over it, he has heard their loud disappointment over the decision – one he said he made with extreme reluctance.

He said that while coal will disappear, every projection shows some oil and gas will be needed over the coming decades. This proposal followed a federal approval process, and after the required reviews it was recommended that Bay du Nord should proceed under strict environmental conditions, including that its emissions be net-zero by 2050.

The technology to achieve that is another source of friction between Guilbeault and his former colleagues. 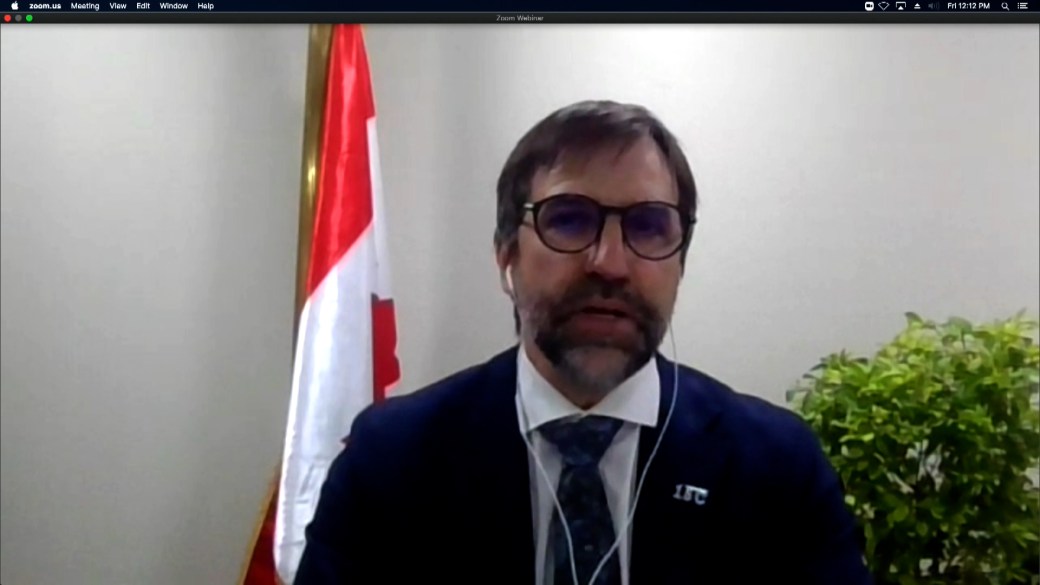 0:44 COP27: Guilbeault says world is ‘condemned to working together’ on climate change

In April, the Liberals introduced a major tax credit to help oil and gas companies install carbon capture, storage and utilization systems on their operations, which are supposed to trap greenhouse gas emissions produced as oil and gas are pulled out of the ground and return those gases back into the ground.

Most major Canadian climate activists insist it is an unproven technology and point out that it doesn’t mitigate the emissions be produced when the fuels are used.

Gray said the government shouldn’t prop it up.

“You know, if you’re really going to decarbonize by bringing all these ‘gee whiz’ technologies that no one else seems to think will work, then you’ll put up your own money. Don’t ask the public to pay for it,” he said.

Despite the Bay du Nord heartbreak, Brouillette said it’s unlikely any other minister would have made as much progress in a year as Guilbeault has.

“The amount of regulations, and which regulations we are seeing at this point, it really is a tribute to how active and convincing the minister has been and it needs to be highlighted,” she said.

She said Guilbeault’s experience has played a “significant” role at global climate and nature talks. He is well known and has probably been to more such meetings than anyone else in the country, she said.

Growing up in the town of La Tuque, around 250 kilometres northwest of Quebec City, he was just five years old when he staged his first protest, climbing a tree behind his house that a local developer wanted to chop down.

Twenty-six years later, in 2001, he and another Greenpeace activist scaled the CN Tower using steel maintenance cables to criticize Canada and the U.S. for not ratifying the Kyoto accord.

About 18 months later, then-prime minister Jean Chretien did ratify the deal. While his successor, Stephen Harper, pulled Canada out of the agreement and the country missed the Kyoto targets, Guilbeault said he still feels the stunt made a difference.

He is not backing the latest trend in climate stunts, though, which have seen as many as 20 artistic masterpieces attacked with everything from tomato soup to maple syrup. Most often the damage was not permanent, but Guilbeault said his civil disobedience was non-violent and non-damaging and never went after art.

“That’s not how I practised my activism,” he said. “I don’t understand this contrast that some are trying to play between environment and culture.”

He said he also recognizes a need to better communicate with Canadians.

For years, the Conservatives have dined out on the Liberal carbon-pricing scheme, focusing on its costs and largely ignoring rebates, which, for most Canadians, amount to more than they paid.

The government moved this year to separate the rebates from annual tax returns and send them quarterly, trying to make them more visible.

But there’s more to do, and Guilbeault said his office is working with “some of Canada’s foremost experts on climate and environmental communications to change the way we do things.”

He said there is an inherent tension in communicating a sense of urgency without depressing people.

“And I think where we’ve collectively failed in our communications is helping people see the hope, and see what we’re trying to do,” he said.

“And what we’re trying to do is to is to build a better world for all.”

COP27: Who Voted For Wealth Redistribution To Save The Planet?

The Road To Green Is Paved With Bad Assumptions