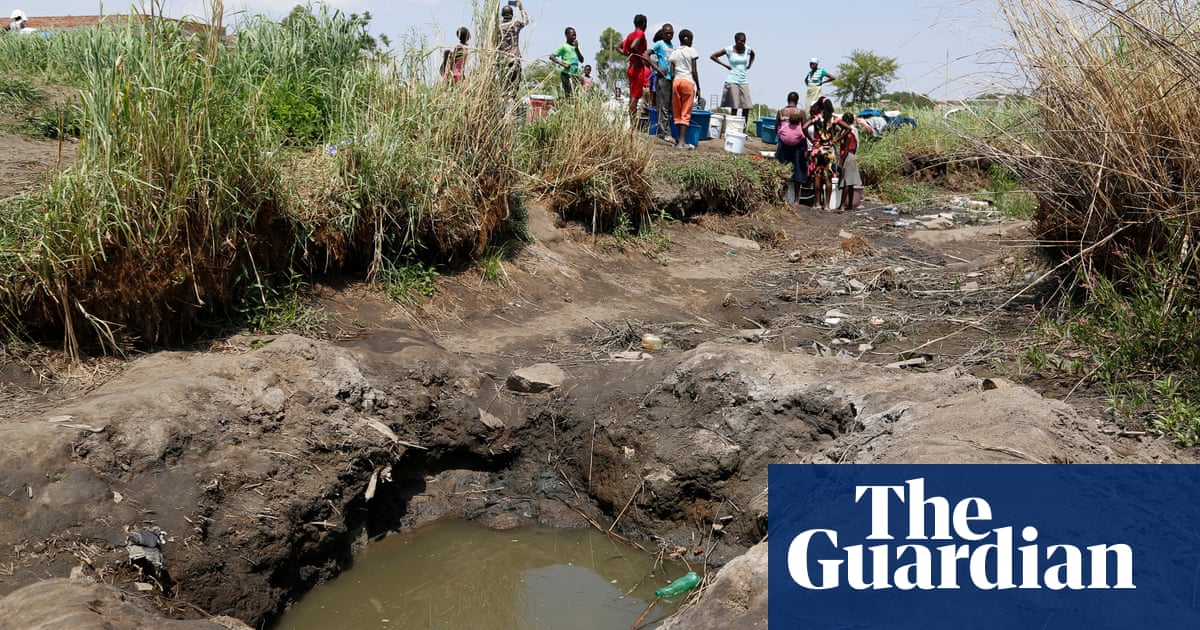 Water shortages are now affecting more than 3 billion people around the world, as the amount of fresh water available for each person has plunged by a fifth over two decades, data has shown.

About 1.5 billion people are suffering severe water scarcity or even drought, as a combination of climate breakdown, rising demand and poor management has made agriculture increasingly difficult across swathes of the globe.

The UN warned on Thursday that billions of people would face hunger and widespread chronic food shortages as a result of failures to conserve water resources, and to tackle the climate crisis.

Qu Dongyu, director-general of the UN’s Food and Agriculture Organization (FAO), said: “We must take very seriously both water scarcity (the imbalance between supply and demand for freshwater resources) and water shortages (reflected in inadequate rainfall patterns) for they are now the reality we all live with … Water shortages and scarcity in agriculture must be addressed immediately and boldly.”

He said that the UN’s sustainable development goals, which include wiping out hunger and improving access to clean water, were still within reach but that much more needed to be done to improve farming practices around the world and to manage resources equitably.

The organisation’s State of Food and Agriculture 2020 report found that 50 million people in sub-Saharan Africa live in areas where severe drought has catastrophic effects on cropland and pastureland once every three years. More than a 10th of the world’s rainfed cropland is subject to frequent drought, as is about 14% of the world’s pastureland.

Rainfed agriculture represents 60% of global crop production, and 80% of land under cultivation, with the rest benefiting from irrigation. However, irrigation is no panacea: more than 60% of irrigated cropland around the world is highly water stressed. Irrigation of the wrong type can waste water, depleting non-renewable resources such as underground aquifers, and poor management can result in some farmers losing out on water resources – for instance, in the case of downstream farms, if rivers and waterways are run dry by upstream irrigation.

Small-scale and farmer-led irrigation systems are often more efficient than large-scale projects, the report found. Large-scale state-funded schemes in Asia, for instance, have relied on tapping directly into groundwater, putting excessive pressure on that resource. But small-scale farmers around the world face extra difficulties, such as a lack of secure tenure over water rights, and little access to finance and credit.

Separate research has recently shown that the world’s farmland is increasingly being concentrated in fewer hands, with large companies and international owners taking over swathes of production, while small farmers – whose farms are often run along more environmentally sustainable lines – are increasingly being pushed out. About 1% of the world’s farms operate 70% of the worlds’ farmland.

Food production must change in order to reduce greenhouse gas emissions and try to stave off climate breakdown, but even this is not straightforward, the FAO warned. “As the world aims to shift to healthy diets – often composed of relatively water-intensive foods, such as legumes, nuts, poultry and dairy products – the sustainable use of water resources will be ever more crucial,” said Qu, former vice-minister of agriculture and rural affairs in China. “Rainfed agriculture provides the largest share of global food production. However, for it to continue to do so, we must improve how we manage water resources from limited rainfall.”

This year’s FAO report focused on water, but much of the organisation’s work this year has been to try to stem the potential for the coronavirus pandemic to give rise to widespread food shortages. The organisation called on governments earlier this year to keep global supply chains and food markets open, despite the travel restrictions resulting from the pandemic, and these calls seem to have largely been heeded.

The world’s harvests this year have generally been good, with some exceptions, but some areas of Africa are still under threat of severe food problems.