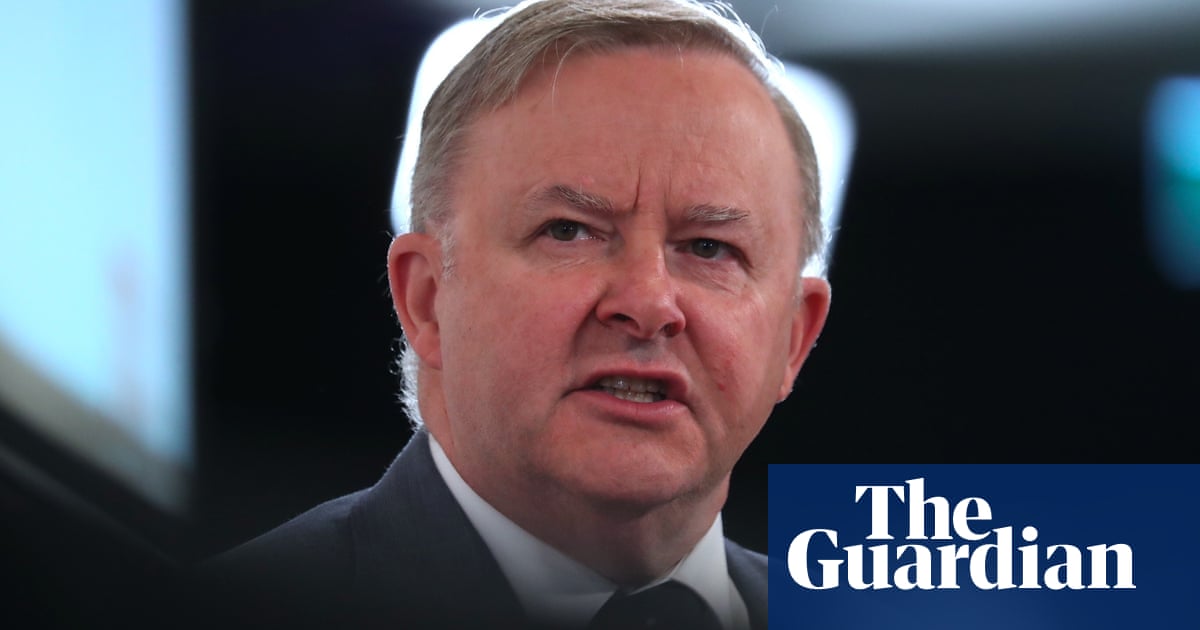 Anthony Albanese has dumped Labor’s former backing of Malcolm Turnbull’s national energy guarantee and opened the door for taxpayer support for carbon capture and storage technologies, in a major overture to Scott Morrison to reach bipartisan agreement on energy policy.

The Labor leader will use a speech to the National Press Club on Wednesday to set out his guiding principles for an agreement to end more than a decade of political warfare on climate and energy policy.

In a letter sent to the prime minister before Wednesday’s address, Albanese says Labor is open minded on a new policy mechanism to guide investment as long as the emissions reduction targets are scalable – meaning a future government of either persuasion could dial them up, or wind them back – and as long as the mechanism isn’t the Coalition’s existing emissions reduction fund.

The Labor leader has also told the prime minister the opposition is open to CCS, which remains a controversial technology with many environmentalists, as long as projects are not funded through the national renewable energy bodies the Clean Energy Finance Corporation and the Australian Renewable Energy Agency.

But Albanese says Labor will not support domestic nuclear power. The Morrison government has flagged examining “emerging nuclear technologies” as part of Australia’s energy mix in the future in a new discussion paper kicking off the process of developing its much-vaunted technology investment roadmap.

While Albanese has signalled that Labor cannot accept the Coalition’s emissions reduction fund – the heavily criticised policy that replaced Labor’s carbon price in 2013 – as the bipartisan mechanism, he says a future Labor government would not seek to unwind contracts entered during this parliament, including any contracts involving support for CCS.

Labor’s new position reflects an attempt by Albanese to balance divided views within his own ranks. Some in the right faction believe Labor’s commitment to climate policy ambition has cost the party electorally, and Labor will not win the next federal election unless it reconnects with workers in carbon-intensive industries in New South Wales and Queensland.

But it is also an effort to challenge Morrison to use the post Covid-19 recovery to display genuine bipartisanship in the service of fixing a problem that has festered in Australia for more than a decade. Albanese’s repositioning also comes as the major parties accelerate their campaigns in the marginal seat of Eden-Monaro, where climate change is an issue, with the byelection due on 4 July.

The Coalition has successfully weaponised climate change against Labor at every federal election since 2013, but the government is also under pressure from business groups and major institutions to end the policy uncertainty that is undermining investment in critical infrastructure.

Facing sustained pressure to adopt a 2050 target of net zero emissions, pressure it is continuing to resist despite signing the Paris agreement which has that ambition embedded within it, the government plans instead to develop the technology roadmap as the cornerstone of the Coalition’s mid-century emissions reduction strategy.

Given that the government has launched the roadmap, Labor is taking the opportunity to launch its own pivot on energy policy, and attempt to open the door to a new round of discussions.

A leading Australian business organisation, the AiGroup, has called for the two biggest economic challenges in memory – recovery from the Covid-19 pandemic and cutting greenhouse gas emissions – to be addressed together, saying that would boost economic growth and put the country on a firm long-term footing. A number of other community and investor groups have expressed similar sentiments.

In his letter to Morrison, Albanese says Australia has lacked a national energy policy since the renewable energy target was met in late 2019 and Morrison dumped Turnbull’s Neg shortly after taking the prime ministership. Labor adopted the Neg as policy during the last parliament in an effort to see whether any common ground could be reached between the major parties, but that proved fruitless.

The letter says the lack of a settled mechanism has increased investor uncertainty “and new investment in renewable energy generation fell by 50% in 2019, according to the Reserve Bank of Australia and industry analysis”.

Labor has adopted a net zero target by 2050 as policy post-election, but it remains unclear what interim emissions reduction targets will be.

Storms, cyclones and floods will only worsen as the planet warms | Letters