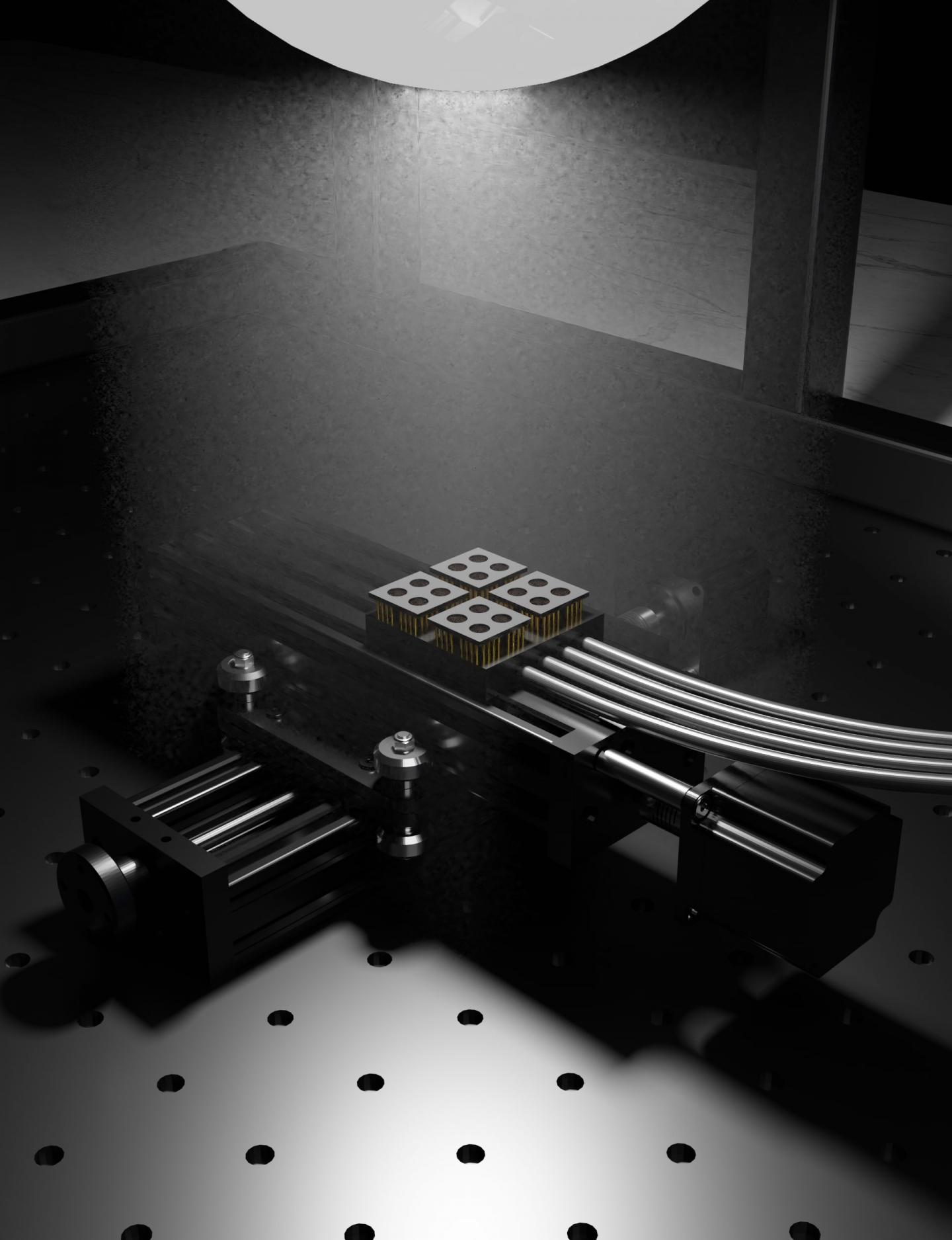 Tests on new designs for next-gen solar cells can now be done in hours instead of days thanks to a new system built by scientists at Australia’s Monash University, incorporating 3D-printed key components.

The machine can analyse 16 sample perovskite-based solar cells simultaneously, in parallel, dramatically speeding up the process.

The invention means that the performance and commercial potential of new compounds can be very rapidly evaluated, significantly speeding up the development process.

“Third generation perovskite cells have boosted performance to above 25%, which is almost identical to the efficiency level for conventional silicon-based ones,” said project leader Mr Adam Surmiak from the ARC Centre of Excellence in Exciton Science (Exciton Science).

“But those results are from laboratory tests on millimetre-sized samples in indoor conditions – and therefore don’t take into account a whole range of real-world factors such as environmental conditions, the use to which the cells are put, the manufacturing process, and possible deterioration over time.

“To make proper decisions, we need to know how each different cell design will function at large scales in the real world – and to do that we need a proper data library so we can pick the best candidates to take to that next stage. This new system lets us build that very rapidly and speed up transition from laboratory to fabrication.”

Getting the recipe right for perovskite solar cells is regarded as critically important to the transition away from fossil fuels and towards renewable energy generation. They cost about 10 times less than silicon cells and are much cheaper to manufacture.

Rooftop solar panels made from perovskite will pay for themselves within months instead of years, which is the case with present models.

To achieve the high level of precision needed to build the system, PhD candidate Surmiak and his colleagues turned to Monash University’s Instrumentation Facility and the Melbourne Centre for Nanofabrication, part of the Australian National Fabrication Facility – highly specialised machining and equipment facilities. There, the researchers’ designs were produced using ultra-detailed milling and a 16-micrometre precision 3D printer.

Alongside the development and set-up of this new testing facility, Mr Surmiak was also able to significantly speed up the actual solar cell fabrication process.

The head of the Monash University lab in which Surmiak works, Professor Udo Bach, a chief investigator with Exciton Science, described the invention as world-leading.

“Experimental high-throughput concepts will become increasingly important for the discovery of the next generation of energy materials, fueling the transition to a carbon-neutral energy economy,” he said.

“Our new set-up has the capacity to test thousands of solar cells in one single day, putting us ahead of practically all other R&D labs worldwide.”

The research is published in the journal Solar RRL.

A hundred years ago, May Day was a very big deal.

The Observer view on the school climate strikes: it’s shameful that children need to take the lead | Observer editorial