How a mint became catmint 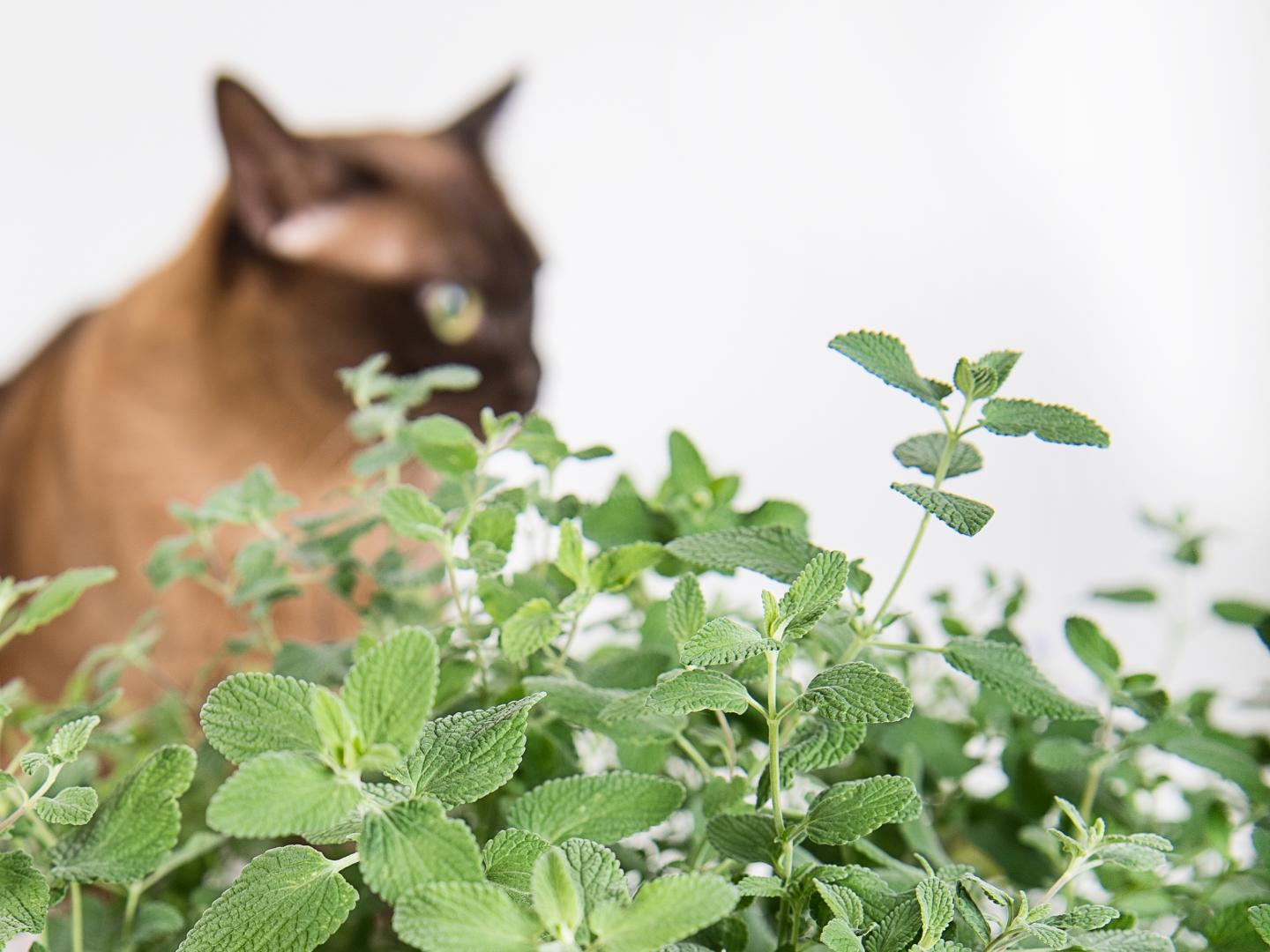 IMAGE: Catmint emits the odor nepetalactone which triggers a kind of ecstasy in sexually mature cats: They get high on sniffing at catmint plants, roll on the floor and exhibit an… view more

Catmint, also known as catnip, is well-known for its intoxicating effect on cats. The odor responsible for the cats’ strange behavior is nepetalactone, a volatile iridoid produced by catmint. An international team of researchers has now found through genome analysis that the ability to produce iridoids had already been lost in ancestors of catmint in the course of evolution. Hence, nepetalactone biosynthesis is the result of “repeated evolution”. Nevertheless, this particular iridoid differs considerably from other compounds in this group of natural products with regards to its chemical structure and properties, and most likely its ecological functions (Science Advances, doi: 10.1126/sciadv.aba0721, May 13, 2020).

Iridoids are plant secondary metabolites from the group of terpenes. Many plants produce these substances to defend themselves against herbivores or to protect themselves from pathogens, among these plants many species from the mint family (Lamiaceae). The ancestors of a particularly species-rich subfamily of the Lamiaceae, the Nepetoideae, which includes many well-known herbs, such as basil, oregano, rosemary, lemon balm and mint, had lost the ability to produce iridoids in the course of evolution. However, there is an important exception: the genus Nepeta, called catmint or catnip. Catmint plants produce iridoids including a very special form: nepetalactone, a volatile substance known to excite cats. Presumably, its actual function is to deter herbivores trying to feed on catmint.

An international team of researchers led by Sarah O’Connor, director of the Department of Natural Product Biosynthesis at the Max Planck Institute for Chemical Ecology in Jena, Germany, has now investigated how and why catmint makes nepetalactone and how the biosynthetic pathways for the formation of this unique chemical molecule have evolved. To answer this question, they sequenced the genome of catmint. “We discovered a suite of unusual enzymes which generate nepetalactone molecules. These enzymes are not found in any related plant species and have evolved uniquely in catmint. When we first saw the genome sequence of catmint we realized that the important genes that we hypothesized were active in the formation of nepetalactone were next to each other in the genome. This allowed us to solve the problem more easily”, explains Benjamin Lichman from the University of York, who is the first author of the study.

The scientists compared the genome of two catmint species which are both able to produce nepetalactone to the closely related medicinal plant hyssop (Hyssopus officinalis) which is neither able to produce nepetalactone nor any other iridoids. This comparative approach, the reconstruction of ancient genes, as well as comprehensive phylogenetic analyses enabled the researchers to understand the chronology of events that led to the emergence of nepetalactone biosynthesis. They were able to determine the mechanisms for the loss and subsequent re-evolution of iridoid biosynthesis in catmint. These new discoveries provide broader lessons in the evolution of plant metabolic novelty and diversity.

In particular, the nepetalactone pathway is found as a gene cluster, a group of similar genes located in the immediate vicinity in the genome. By looking at this cluster, together with gene “fossils” and resurrected ancient enzymes the scientists elucidated important steps that led to the formation of this cluster. Similar steps lead to the evolution of the impressive plant metabolic diversity in many plant lineages.

“Catmint provides a great model example for studying these processes. We are now trying to modify the chemicals present in the catmint plants. This will help us know if we completely understand all aspects of the pathway as well as understand the ecological functions of nepetalactone. This can in turn help us to uncover the selective pressures that led to loss and regain of this pathway. We are also looking at other Nepeta species that produce unusual iridoids”, says Sarah O’Connor summarizing her future research plans. The leader of the study has been the new director and head of the Department of Natural Product Biosynthesis at the Max Planck Institute for Chemical Ecology in Jena, Germany, since last year. The focus of her research is on the biosynthesis of plant metabolic products which do not only have multiple ecological roles in mediating a plant’s interactions with its environment, but also hold promising potential in medicine. She wants to understand how and why plants apply such complex chemical reactions to produce this fascinating diversity of molecules: “Plants are constantly evolving new chemistry. With our research, we would like to get snapshots of this evolution in action.” Achernar marks the end of the River

RENEWABLES: European wind industry investment could hit $111B by 2021