How catastrophic outburst floods may have carved Greenland’s ‘grand canyon’ 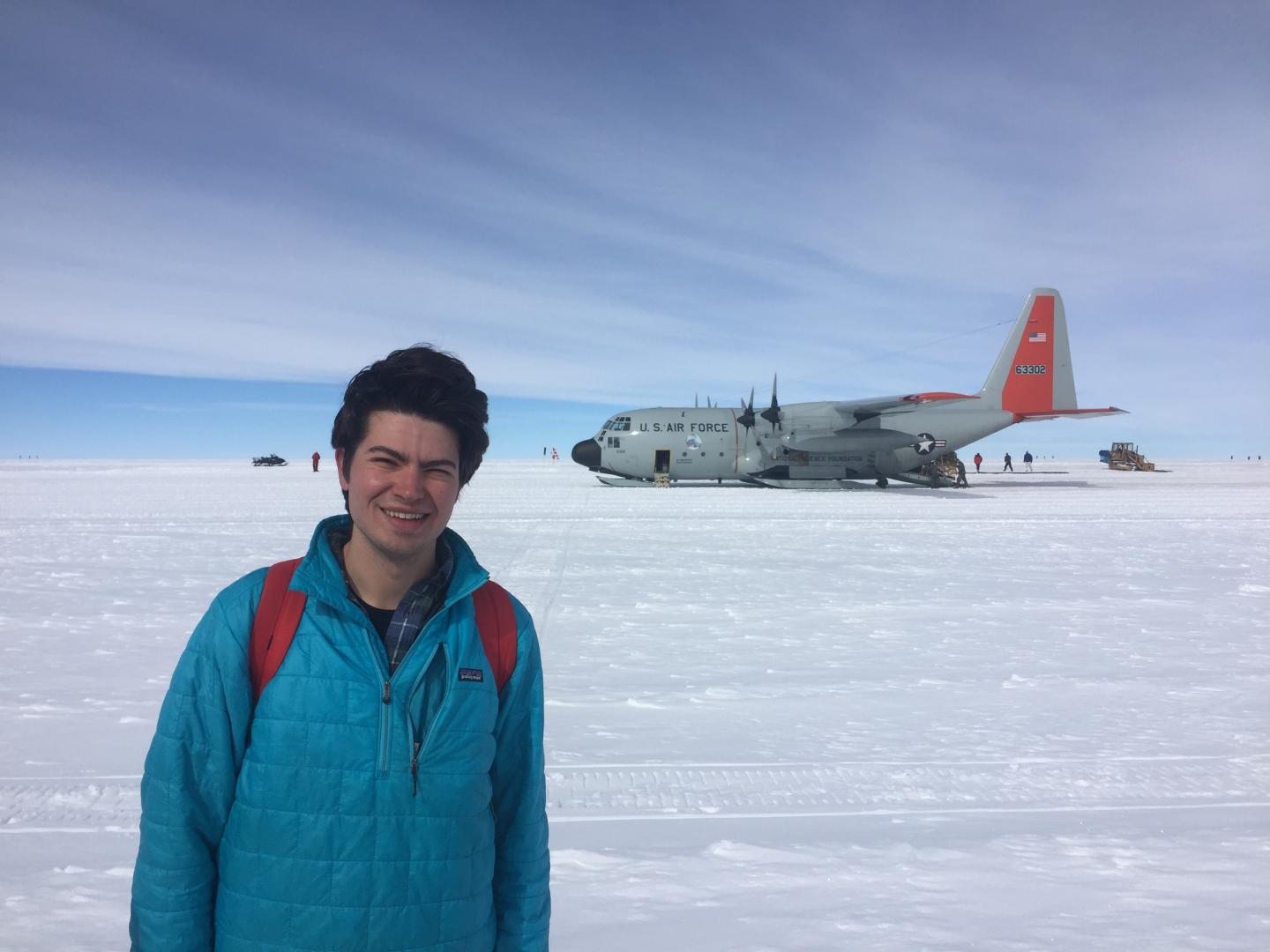 AMHERST, Mass. – For years, geologists have debated how and when a network of canyons under the Greenland Ice Sheet formed, especially one that is so deep and long it’s called ‘Greenland’s Grand Canyon.’ Its shape suggests it was carved by running water followed by glaciation, but until now, “the genesis of this canyon, and similar features in northern Greenland, remain(ed) unknown,” authors of a new paper say.

Scientists at the University of Massachusetts Amherst and the University of Copenhagen’s Centre for Ice and Climate now propose a new mechanism for how the megacanyon formed – from a series of catastrophic ‘outburst’ floods that suddenly and repeatedly drained lakes of melting ice sheet water over time. Based on ice-sheet model simulations of the early ice sheet’s history, they show that climate and bedrock topography have “exerted strong controls” on the ice sheet since its beginning.

First author Benjamin Keisling, now a postdoctoral fellow at Columbia University’s Lamont-Doherty Earth Observatory in Palisades, New York, did the work as a graduate student with senior author and advisor Rob DeConto at UMass Amherst. He collaborated with colleagues in Denmark, where Keisling had a National Science Foundation GROW fellowship. Details appear now in the journal Geology.

Keisling, explains that before now, repeated outburst floods appeared to be the mechanism by which the Columbia River and other North America canyon networks formed, but they had not been considered as having played a role in forming the tortured landscape under the Greenland Ice Sheet.

He says, “If the floods we propose occurred, they could have influenced ocean circulation, causing abrupt climate changes with regional and perhaps global significance. The megacanyon beneath northern Greenland also influences how ice and water flow in the subglacial environment today, which affects present-day ice-sheet stability.”

He recalls that in most Greenland studies, researchers use the modern ice sheet as a starting point for understanding how it has changed over time. But Keisling and his co-authors took a different approach, investigating what Greenland looked like before widespread glaciation. “We wanted to better understand the dynamics of “glacial inception – how, where, and why the ice sheet first grew on an ice-free island,” he says.

The team also wanted to gain a better understanding of how the ice sheet grew back after melting. “We know from prior work this has happened multiple times in the past and could again in the future, given enough global warming,” says Keisling.

They used coupled ice-sheet and climate models to simulate the Greenland Ice Sheet’s evolution over many glacial-interglacial cycles in the last few million years. They found that following long periods with stable temperatures, an exceptionally warm period could cause the ice sheet to rapidly retreat. This led to large, ice-dammed lakes forming in areas where the bedrock was still depressed from the old ice sheet’s weight.

Their simulations show the ice dams eventually giving way as large outburst floods. “Over time,” says Keisling, “it appears that the filling and draining of these lakes as the ice repeatedly retreated and advanced carved Greenland’s megacanyons.” Similar floods have been documented at the edge of other retreating ice sheets, he says.

Comparing Greenland with modern outburst floods, the researchers estimate that as many as hundreds of floods carved its Grand Canyon. Results suggest testable hypotheses for future research that could settle the long-standing debate about whether the ice sheet’s stability has changed over time, they point out.

“Knowing the history of Greenland’s bedrock provides context for understanding the ice sheet’s long-term behavior,” Keisling says. “This helps paint a picture of what happened during past warm periods when the melting ice sheet caused global sea levels to rise – a phenomenon we are also seeing today.”

This work was supported by NASA, an NSF grant and a GROW Fellowship, and the Danish National Research Foundation. Climatic Coffee Crisis? No, Just Another Global Warming Storm In A Teacup

ADVOCACY: Prince Harry says ‘no one can deny science’ on climate