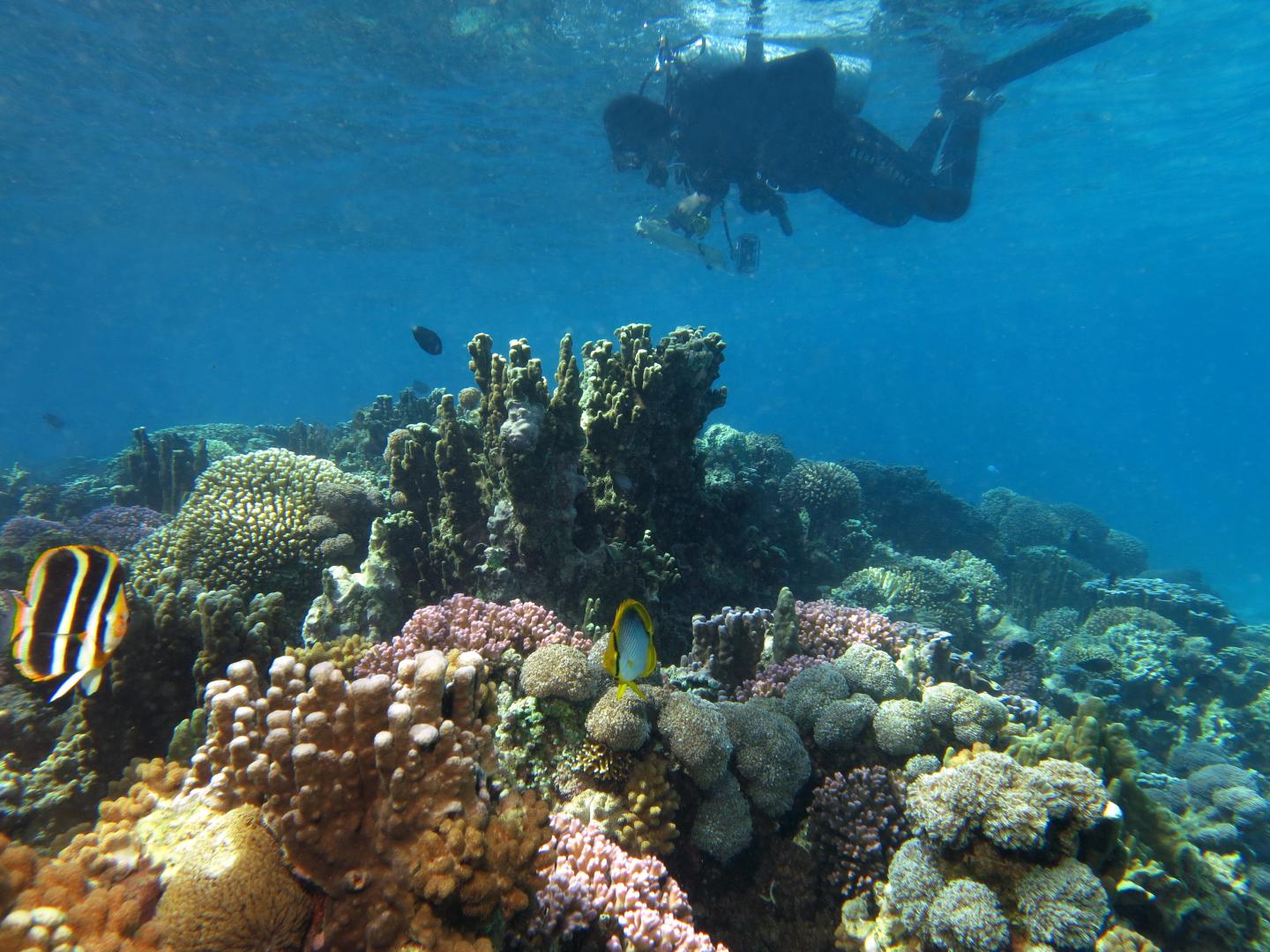 Led by IMAS and Centre for Marine Socioecology scientist Dr Asta Audzijonyte and published in the journal Nature Ecology and Evolution, the study analysed three decades of data from 30 000 surveys of rocky and coral reefs around Australia.

Dr Audzijonyte said the study confirmed that changes in water temperature were responsible for driving changes in average sizes of fish species across time and spatial scales.

“Cold blooded animals, especially fish, have long been noted to grow to a smaller size when raised in warmer temperatures in an aquarium,” Dr Audzijonyte said.

“If fish grow to smaller sizes in warmer aquaria, it is only natural to expect that global warming will also lead to shrinkage of adult fish size.

“However, average fish body size in wild populations are affected by growth, mortality, recruitment as well as interactions with other organisms and their environment simultaneously and it is unclear how all of these factors are affected by temperature.”

The researchers were surprised to find that while temperature has a significant impact, it caused different fish species to react differently.

In some the average fish body size got smaller as predicted (around 55% of species) but in others it increased (around 45%).

Tropical species were more likely to be smaller at the warm end of their distribution ranges.

Most importantly, the species that were smaller at the warmer edges of their habitat ranges were also more likely to get on average smaller with global warming.

“At Tasmanian survey locations, where some of the fastest rates of warming were observed, up to 66% of species showed clear changes in body size.”

“As well as happening quite quickly, some of the size changes can also be surprisingly large.

“For example, the change in a median-length temperate fish corresponds to around 12% of its body mass for each 1oC of warming.

“At the current rate of warming, in 40 years this would result in around a 40% change in body length, either increasing or decreasing depending on the species,” she said.

Dr Audzijonyte said the varying responses of species to warming would have implications for food webs and ecosystems, including their stability and resilience to other external stressors, such as fishing, coastal pollution and a range of different climate change impacts.

The study was made possible through collaboration between University of Tasmania scientists and government managers across Australia, and by the efforts of over 100 volunteer Reef Life Survey divers, who have undertaken regular surveys at over 1000 sites around the continent.

Why IKEA and others are going ‘climate positive’

Are people who live in tiny houses more likely to be TreeHuggers?