Why do whales migrate? They return to the tropics to shed their skin, scientists say 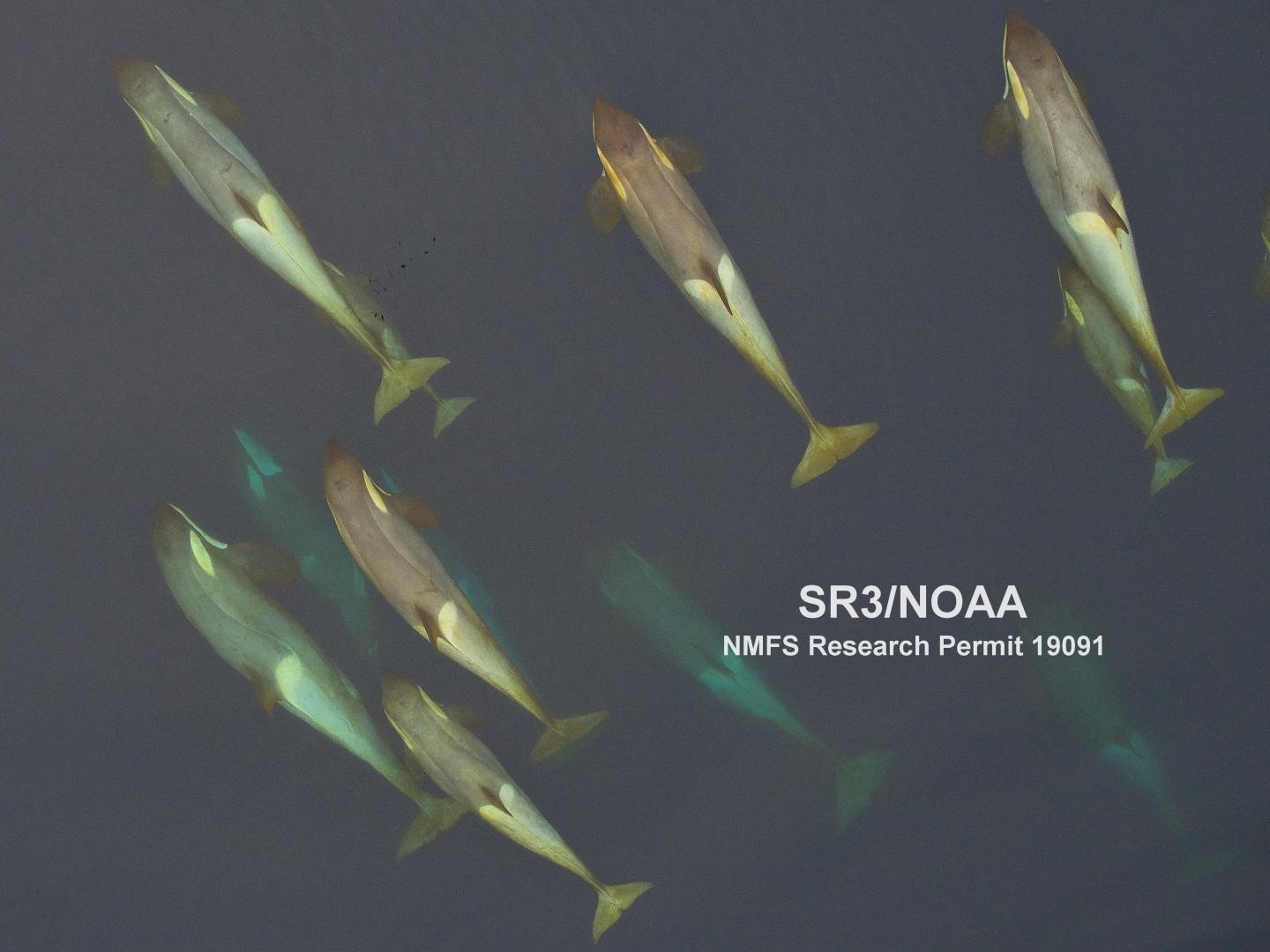 IMAGE: Killer whales in Antarctica, as shown here, often display a yellow coloration due to diatom accumulation on their skin, evidence that they are not sloughing skin in frigid waters. Image… view more

Whales undertake some of the longest migrations on earth, often swimming many thousands of miles, over many months, to breed in the tropics. The question is why–is it to find food, or to give birth?

In a research paper in Marine Mammal Science, scientists propose that whales that forage in polar waters migrate to low latitudes to maintain healthy skin.

“I think people have not given skin molt due consideration when it comes to whales, but it is an important physiological need that could be met by migrating to warmer waters,” said Robert Pitman, lead author of the new paper and marine ecologist with Oregon State University’s Marine Mammal Institute. He was formerly with NOAA Fisheries’ Southwest Fisheries Science Center in La Jolla, California.

More than a century ago, whalers recognized that most whales that forage in high latitudes migrate to the tropics for calving. Scientists have never agreed on why. Because of their size, large whales should be able to successfully give birth in frigid polar waters. Due to reduced feeding opportunities in the tropics, most whales fast during their months-long migrations.

So why go to the trouble?

All birds and mammals regularly shed their skin, fur, or feathers in a process known as molting. Pitman and his coauthors propose that whales foraging in the freezing waters of Antarctica conserve body heat by diverting blood flow away from their skin. That would reduce regeneration of skin cells and halt the normal sloughing of skin.

Migrating to warmer water would allow whales to revive their skin metabolism and molt in an environment that does not sap their body heat. The authors suggest that this drives their migrations.

Coauthors on the paper include scientists from NOAA Fisheries; SeaLife Response, Rehabilitation, and Research; and the Italian National Institute for Environmental Protection and Research.

Over eight years, scientists deployed 62 satellite tags on killer whales. They found that all four types that feed in frigid Antarctic waters migrated as far as 11,000 kilometers (almost 7,000 miles) round trip. Most migrations were fast, non-stop, and largely straight north and back. One whale completed two such migrations in 5.5 months. Researchers also photographed newborn killer whale calves in Antarctica, indicating the whales don’t need to migrate to warmer waters to give birth.

They suggest that larger whales that migrate to the tropics to molt may have begun giving birth in those same warmer waters. “Instead of whales migrating to the tropics or subtropics for calving, whales could be traveling to warm waters for skin maintenance and perhaps find it adaptive to bear their calves while they are there,” the scientists wrote. The warm water could speed the growth of calves in an environment with far fewer killer whales, their main predator.

Much like humans, whales and dolphins normally shed outer skin cells continuously. Scientists observed that whales in frigid Antarctic waters are often discolored by a thick yellow film of microscopic diatoms. This indicated that they were not experiencing their normal, “self-cleaning” skin molt.

Early whalers referred to blue whales with a heavy coating of diatoms on their white bellies as “sulfur-bottoms.” They also assumed that whales without a diatom coating were likely recent arrivals from the tropics. When whales shed their skin, they also shed the diatoms.

Recent studies have found that high concentrations of diatoms on the skin of Antarctic killer whales may also accumulate potentially harmful bacteria.

“Basically, the feeding is so good in productive Antarctic waters that the relatively small, warm-blooded killer whale has evolved a remarkable migration behavior. This enables it to exploit these resources and still maintain healthy skin function,” said John Durban, coauthor of the research, formerly with the science center and now a senior scientist at SEA Inc.

In another example, beluga whales in the Arctic are known for gathering in summer in river estuaries. The water there is warmer, fresher, and shallower than their typical habitat. At first, scientists assumed that they gathered there to give birth and that the warmer temperatures boosted calf survival.

It turned out that belugas do not calve or feed in the estuaries but go there to molt. In an earlier study, an Inuit hunter pointed out that “Belugas go to the rivers for warmth. And like seals they moult their skins. They moult in the warm water.”

The annual (versus continuous) molt cycle of the beluga was long thought to be unique among cetaceans. But, if whales are migrating to the tropics to molt, annual molt “may prove to be the rule among all high-latitude cetaceans,” the authors wrote.

In terms of biomass, whales complete the largest annual migrations on earth. They transport millions of tons of animals thousands of miles, with significant impact on local ecosystems, the scientists say. They also call for further testing of their hypothesis by assessing skin growth of migratory and non-migratory whales, at high and low latitudes, throughout the year. The dead sea: Tasmania’s underwater forests disappearing in our lifetime

We are not doing enough to save the earth, we need to do more before 2045. The earth is dying

Dengue research in the Philippines evolving over time