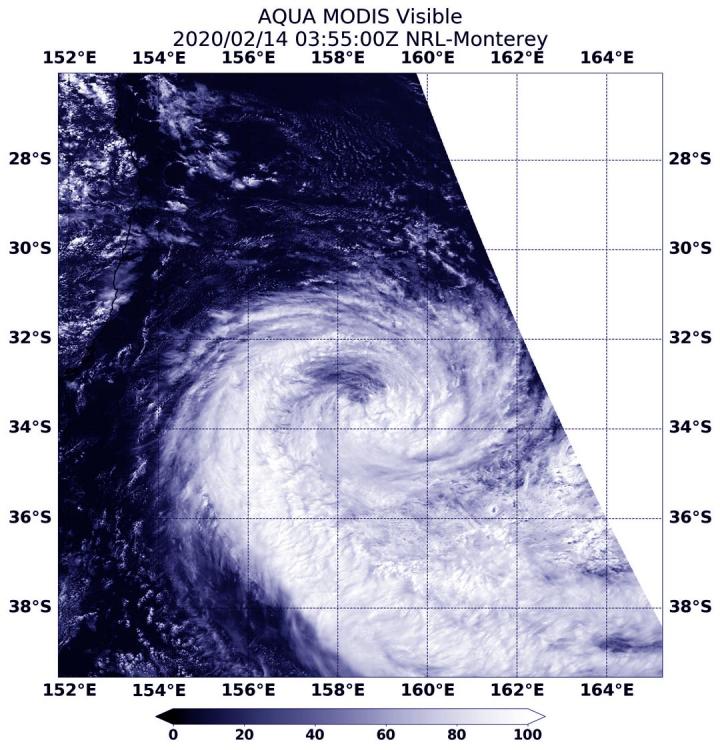 The low-pressure area that had once been Tropical Cyclone Francisco has been lingering in the Southern Indian Ocean since Feb. 6 when it weakened below tropical cyclone status. Since then, Francisco’s remnants moved into an area of warm waters and low wind shear allowing the low-pressure area to re-organize, consolidate and re-form. NASA’s Aqua satellite provided forecasters with a visible image of the zombie storm.

On Feb. 14, the Moderate Resolution Imaging Spectroradiometer or MODIS instrument that flies aboard NASA’s Aqua satellite provided a visible image that showed the storm had re-developed a rounded shape with bands of thunderstorms spiraling into the low-level center. A more rounded shape of a tropical cyclone indicates it is becoming a more organized storm. Satellite imagery shows a compact system with strong thunderstorms persisting over the low-level circulation. In addition, satellite microwave imagery indicates deep convective banding of thunderstorms over the western semicircle wrapping into the north and east quadrants of a defined low-level circulation center.

The JTWC forecast said the system is expected to make landfall later today over the southeast coast of Atsinanana Region, close to Vatomandry City. That is far to the south of the coastal city of Toamasina. Francisco is expected to weaken steadily as it tracks inland and dissipate sometime on Feb. 15 over land.