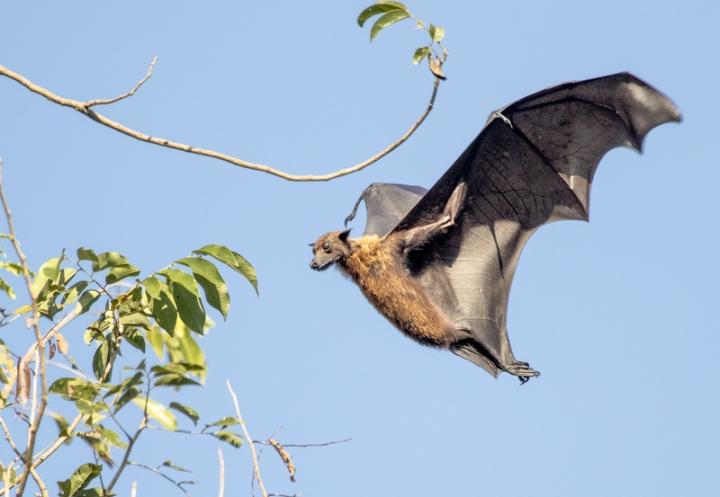 A study led by Susan Tsang, a former Fulbright Research Fellow from The City College of New York, reveals dwindling populations and widespread hunting throughout Indonesia and the Philippines of the world’s largest bats, known as flying foxes.

Unfortunately, hunting not only depletes the flying foxes, which are already rare, but also potentially exposes humans to animal-borne pathogens (a process known as zoonosis). “For instance, the current case of Wuhan Coronavirus is thought to have been spread from wild bats to humans through an intermediate host at a wildlife market,” said CCNY biologist and Tsang’s mentor David J. Lohman, an entomologist and two-time Fulbright recipient.

The CCNY experts found that flying foxes originated in a group of islands in Indonesia called Wallacea. They diversified into different species by flying to other islands that presumably lacked competitors and established themselves. Thus, islands are critical to the evolution and conservation of this large group of around 65 mammal species.

“This study provides insight into biodiversity conservation and public health. Islands are frequently home to endemic species found nowhere else,” noted Tsang, who earned a PhD in biology from the Graduate Center, CUNY.

Unfortunately, island-endemic species are more likely to be endangered or go extinct than continental species. Flying foxes are seed dispersers and pollinators of many ecologically and economically important plants, and forest trees on islands often depend on bats for regeneration.

Entitled: “Dispersal out of Wallacea spurs diversification of Pteropus flying foxes, the world’s largest bats (Mammalia: Chiroptera),” the study is the cover article in the Feb. 14 issue of “Journal of Biogeography.”

It was co-authored by Y-Lan Nguyen, a 2015 graduate of the Macaulay Honors College at CCNY. Other collaborators included scientists from Indonesia, the Philippines, Singapore and Japan.

A second paper on the outcome of a study on bat-borne viruses in Southeast Asia is being drafted. Future work will also examine the environmental impact of flying foxes on plant diversification and terrestrial/marine ecosystem dynamics.