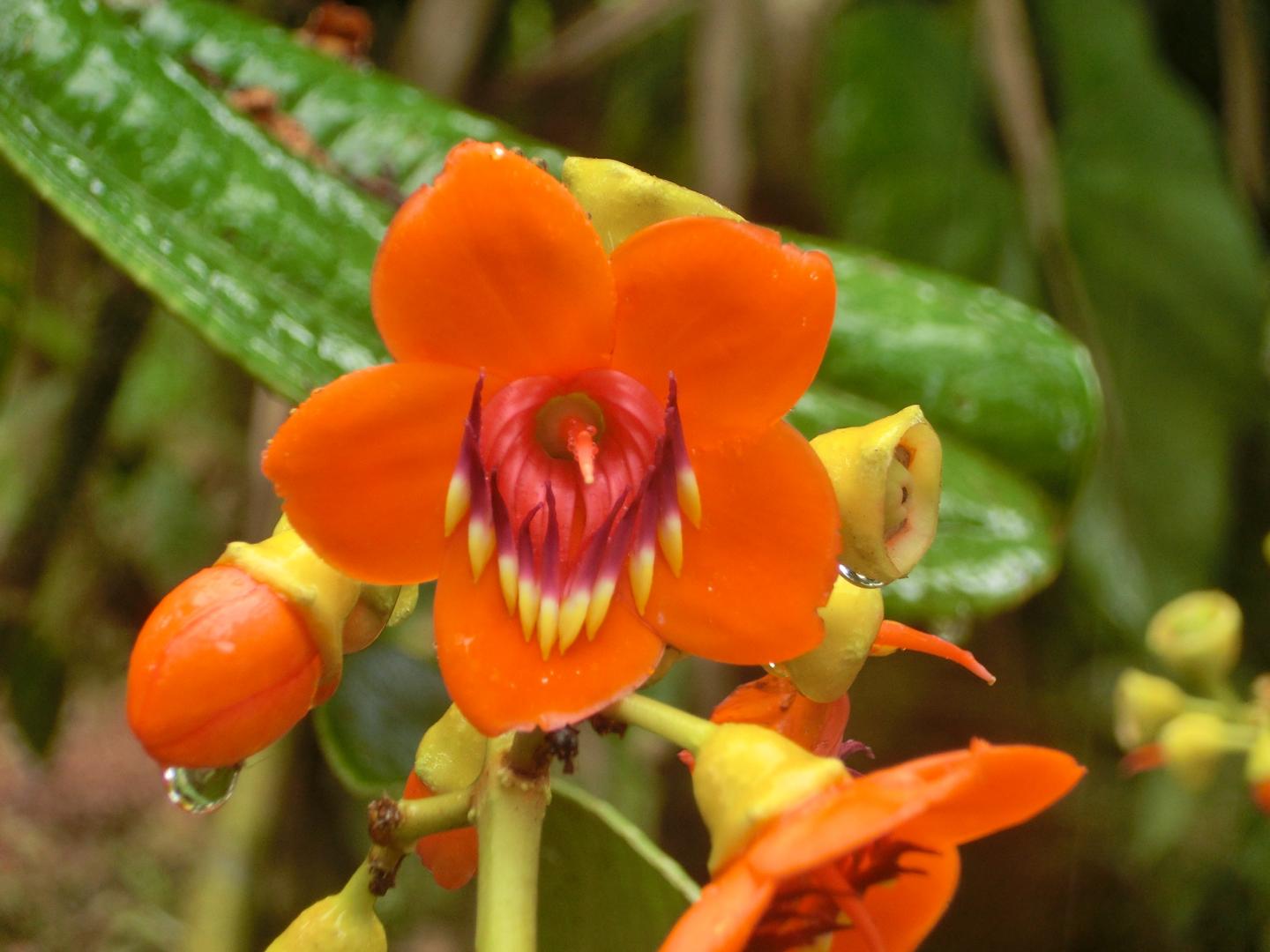 IMAGE: This is a flower of the bee-pollinated species Meriania hernandoi from the Ecuadorian cloud forest. view more

Flowering plants are characterized by an astonishing diversity of flowers of different shapes and sizes. This diversity has arisen in adaptation to selection imposed by different pollinators including among others bees, flies, butterflies, hummingbirds, bats or rodents. Although several studies have documented that pollinators can impose strong selection pressures on flowers, our understanding of how flowers diversify remains fragmentary. For example, does the entire flower adapt to a pollinator, or do only some flower parts evolve to fit a pollinator while other flower parts may remain unchanged?

In a recent study, scientists around Agnes Dellinger from the Department of Botany and Biodiversity Research from the University of Vienna investigated flowers of 30 species of a tropical plant group (Merianieae) from the Andes. “Each of these plant species has adapted to pollination by either bees, birds, bats or rodents”, says Dellinger. Using High-Resolution X-ray computed tomography, the research team produced 3D-models of these flowers and used geometric-morphometric methods to analyse differences in flower shape among species with different pollinators.

The researchers could show that flower shapes have evolved in adaptation to the distinct pollinators, but that flower shape evolution was not homogeneous across the flower. In particular, the showy sterile organs of flowers (petals) adapted to the different pollinators more quickly than the rest of the flower: the reproductive organs have evolved more slowly. “This study is among the first to analyse the entire 3-dimensional flower shape, and it will be exciting to see whether similar evolutionary floral modularity exists in other plant groups”, concludes Dellinger.

A third of US reels under drought

EU, Brazil and China have banned way more harmful pesticides than the USA Does science have a plastic problem? Microbiologists take steps to reducing plastic waste