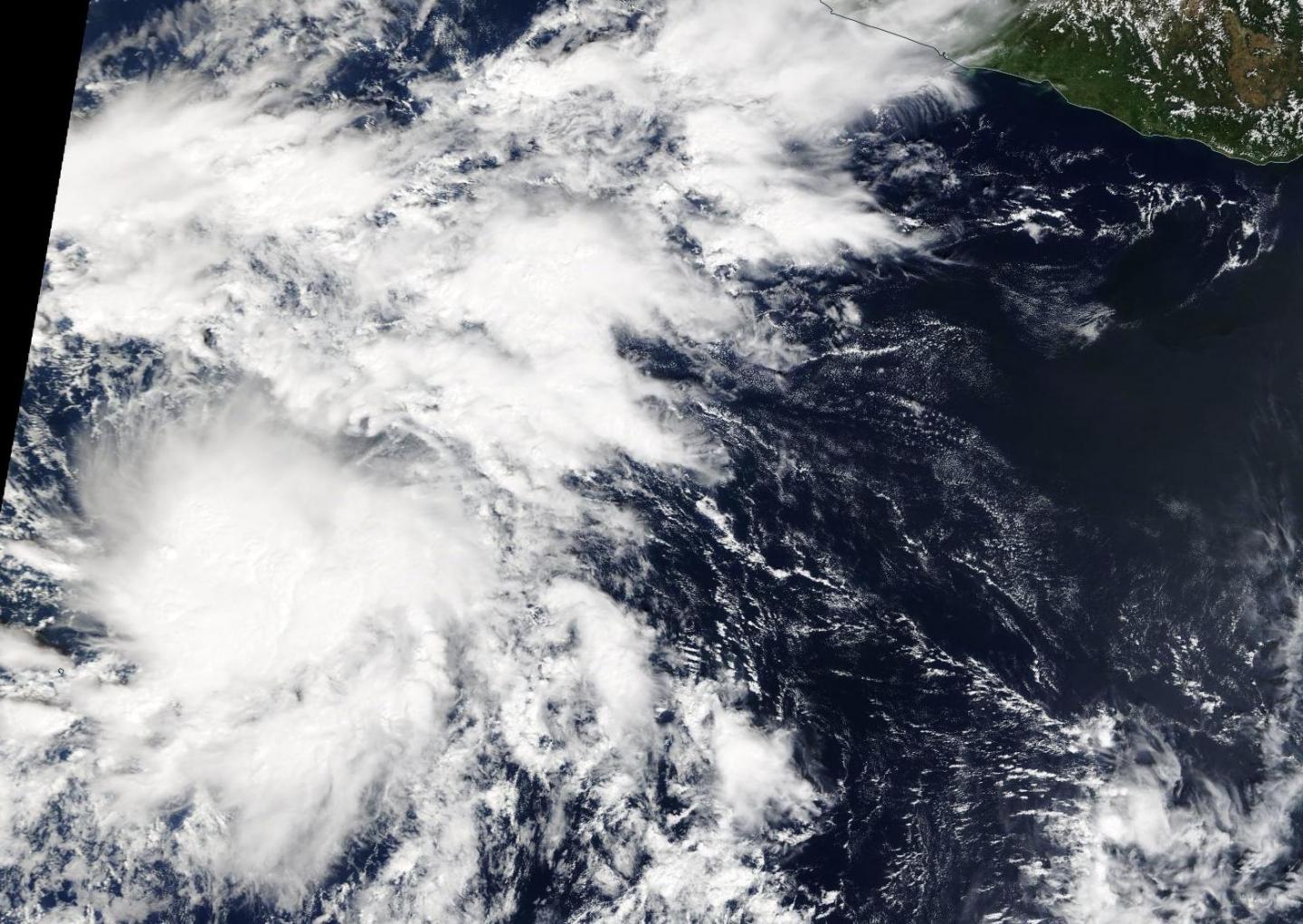 IMAGE: On Nov. 14, the MODIS instrument that flies aboard NASA’s Terra satellite provided a visible image of then Tropical Depression 20 in the Eastern Pacific. TD20 continued organizing and became… view more

On Nov. 14, the MODIS or Moderate Resolution Imaging Spectroradiometer instrument that flies aboard NASA’s Terra satellite provided a visible image of then Tropical Depression 20 (TD20) in the Eastern Pacific. The image showed that the storm was being affected by outside winds, pushing much of the clouds and showers to the east of the center. Despite that wind shear, TD20 continued organizing and became Tropical Storm Raymond on Nov. 15.

By Nov. 15 at 10 a.m. EST, TD20 had strengthened and organized into a tropical storm and was named Raymond. At that time, the cyclone was located several hundred miles south of the Baja California peninsula. NOAA’s National Hurricane Center (NHC) noted that the system is still sheared from the west; however, recent microwave and first-light visible imagery indicate that the center of the cyclone may be reforming closer to the stronger developing thunderstorms.

The center of Tropical Storm Raymond was located near latitude 14.1 degrees north and longitude 108.8 degrees west. That is about 610 miles (985 km) south of the southern tip of Baja California, Mexico. Raymond is moving toward the north-northwest near 7 mph (11 kph), and this general motion with a slight increase in forward speed is expected through today. A turn toward the north or north-northeast is forecast by late Saturday, Nov. 16.

The estimated minimum central pressure is 1005 millibars. Maximum sustained winds have increased to near 45 mph (75 kph) with higher gusts. Some additional strengthening is anticipated during the next day or so.

Weakening is forecast to occur by Sunday, and the system is predicted to degenerate into a remnant low by late Sunday or early Monday, Nov. 18.

NHC cautioned that interests in the southern Baja California peninsula should monitor the progress of Raymond. Raymond is expected to produce total rainfall accumulations of 2 to 4 inches across the southern portions of Baja California Sur. This rainfall could produce life-threatening flash floods.

Hurricanes are the most powerful weather event on Earth. NASA’s expertise in space and scientific exploration contributes to essential services provided to the American people by other federal agencies, such as hurricane weather forecasting.