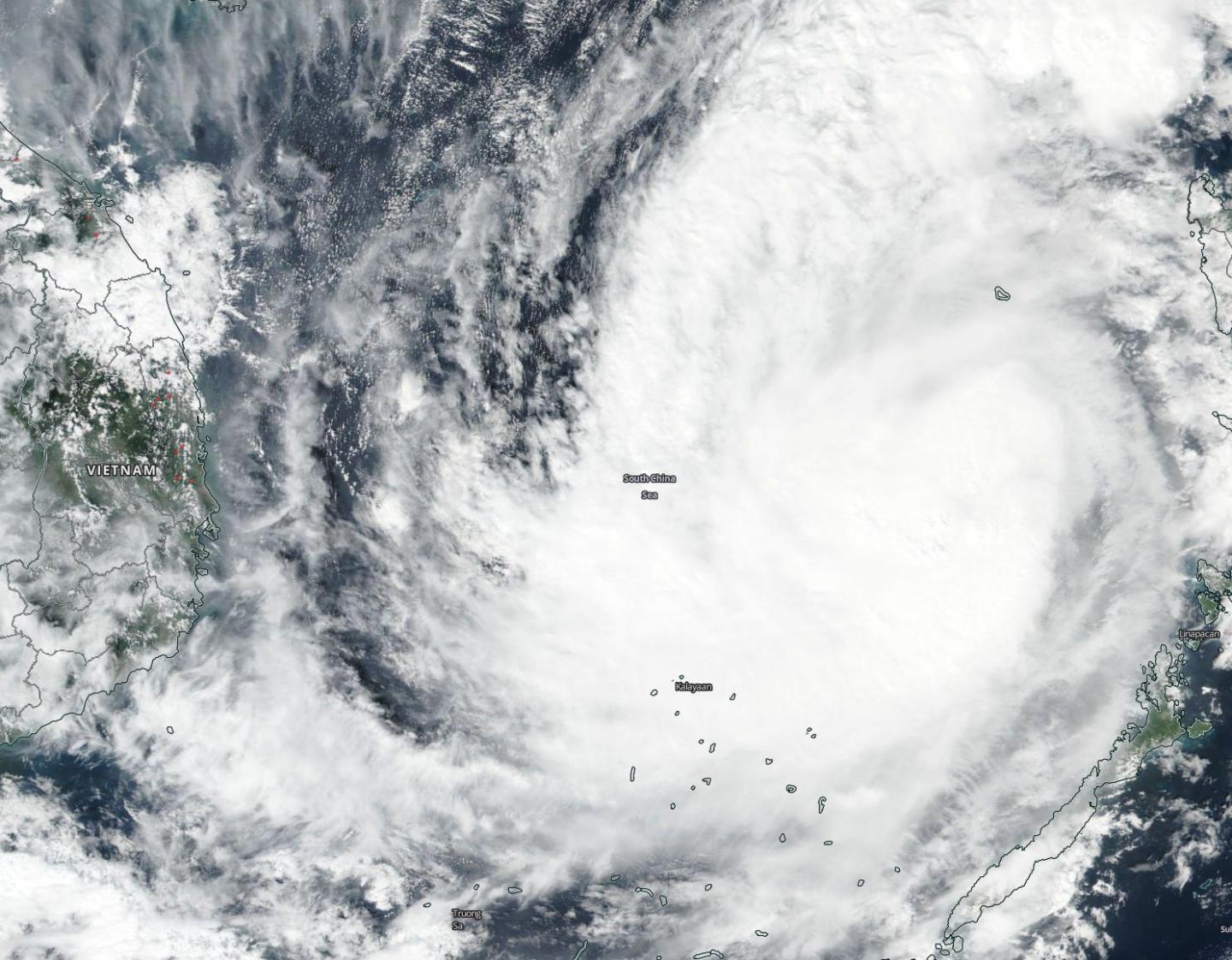 IMAGE: NASA-NOAA’s Suomi NPP satellite passed over Tropical Storm Nakri on Nov. 7 and captured a visible image of the storm in the South China Sea. Although the bulk of the… view more

NASA-NOAA’s Suomi NPP satellite passed over Tropical Storm Nakri and captured a visible image of the storm in the South China Sea. Although the bulk of the storm was not over any land areas, Nakri’s southwestern quadrant was over the island of Kalayaan, Palawan.

Kalayaan is a municipality on Pagasa Island in the province of Palawan, Philippines. Kalayaan is part of the Spratly Group of Islands, west of the largest island of Palawan. Nakri is known in the Philippines as Quiel.

Visible imagery from the Visible Infrared Imaging Radiometer Suite (VIIRS) instrument aboard NASA-NOAA’s Suomi NPP satellite on Nov. 7 showed Nakri has maintained strength. Satellite imagery showed a central dense overcast covered its low-level center of circulation. A central dense overcast is the large central area of thunderstorms surrounding its circulation center, caused by the formation of its eyewall. It can be round, angular, oval, or irregular in shape.

On Nov. 7 at 10 a.m. EST (1500 UTC), Nakri had maximum sustained winds near 60 knots (69 mph/111 kph). Nakri is expected to peak at 70 knots (81 mph/130 kph) on Nov. 8 and 9 before weakening. Nakri was located near latitude 3.5 degrees north and longitude 117.2 degrees east, about 543 nautical miles east-southeast of Da Nang, Vietnam. Nakri is moving to the north and is then expected to curve toward the west. Nakri is forecast to cross the South China Sea, and head toward Vietnam.

The Joint Typhoon Warning Center expects Nakri to slowly track westward and make landfall in Vietnam in three days on Nov. 12, to the south of Danang.

Typhoons and hurricanes are the most powerful weather event on Earth. NASA’s expertise in space and scientific exploration contributes to essential services provided to the American people by other federal agencies, such as hurricane weather forecasting.