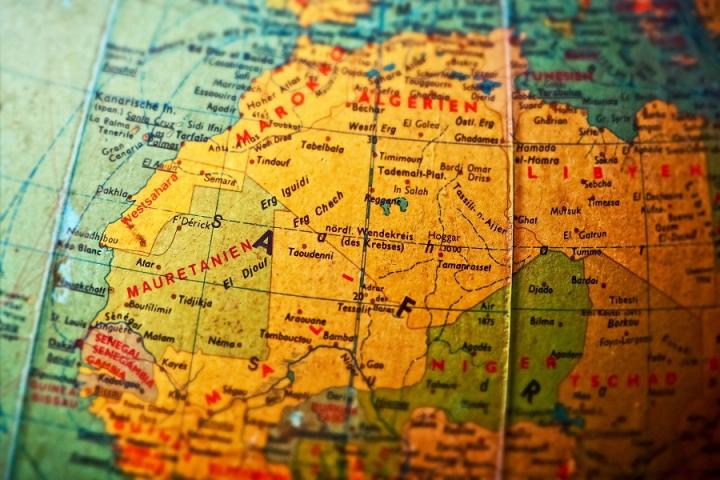 IMAGE: The origin and history of the population of North Africa are different from the rest of the continent and are more similar to the demographic history of regions outside Africa. view more

An international team of scientists has for the first time performed an analysis of the complete genome of the population of North Africa. They have identified a small genetic imprint of the inhabitants of the region in Palaeolithic times, thus ruling out the theory that recent migrations from other regions completely erased the genetic traces of ancient North Africans. The study was led by David Comas, principal investigator at UPF and at the Institute of Evolutionary Biology (IBE: CSIC-UPF) and it has been published in the journal Current Biology.

The field of genomics has evolved greatly in recent years. DNA sequencing is increasingly affordable and there are major projects studying genomes at population level. However, some human populations like those of North Africa have been systematically ignored. This is the first genomic study to contextualize this region of the world.

The origin and history of the population of North Africa are different from the rest of the continent and are more similar to the demographic history of regions outside Africa: the Middle East, Europe or Asia. Palaeontological remains exist that prove the existence of humans in the region more than 300,000 years ago. In any case, previous genetic studies had shown that current populations of North Africa originated as a result of a Back to Africa process, that is, recent migrations from the Middle East that populated northern Africa.

Hence, the debate that arises is one of continuity versus replacement. On the one hand, the continuity hypothesis posits that current North African populations descend from Palaeolithic groups, i.e., that such ancient humans are the ancestors of present human populations. Meanwhile, other hypotheses argue that the populations that existed in Palaeolithic times were replaced, and that the humans that currently inhabit North Africa are the result of recent migrations that arrived there as of the Neolithic.

In this study, the researchers compared genetic data from current North African individuals with data recently published on the DNA of fossil remains found at different sites in Morocco. “We see that the current populations of North Africa are the result of this replacement but we detect small traces of this continuity from Palaeolithic times, i.e., total replacement did not take place in the populations of North Africa”, reveals David Comas, full professor of Biological Anthropology at the Department of Experimental and Health Sciences (DCEXS) at UPF. “We do not know whether the first settlers 300,000 years ago are their ancestors, but we do detect imprints of this continuity at least since Palaeolithic times, since 15,000 years ago or more”, he adds.

“We have seen that the genetic imprint of Palaeolithic populations of North Africa is unique to the current North African populations and is decreasingly distributed from west to east in the region, inversely proportionally to the Neolithic component coming from the Middle East, which had a greater effect on the eastern region, which is geographically closer”, says Gerard Serra-Vidal, first author of the article.

“Therefore, our results confirm that migrations from other regions such as Europe, the Middle East and sub-Saharan Africa to this area did not completely erase the genetic traces of the ancient North Africans”, explains David Comas, head of the Human Genome Diversity research group of the IBE.

These results of the populations of North Africa are in contrast with what is known about the European continent, in whose current populations a strong Palaeolithic component is found, i.e., more continuity and less replacement than in North Africa.

Many genomic data are still missing, both of current populations and of fossil remains, to be able to establish the population history of the human species. “This is or particular concern in populations such as those of North Africa about which we have very little information compared to other populations in the world. In order to have a complete picture of human genome diversity still have to do a considerable amount of research”, David Comas concludes.

DNA repair: Opening the hatch to heal the break