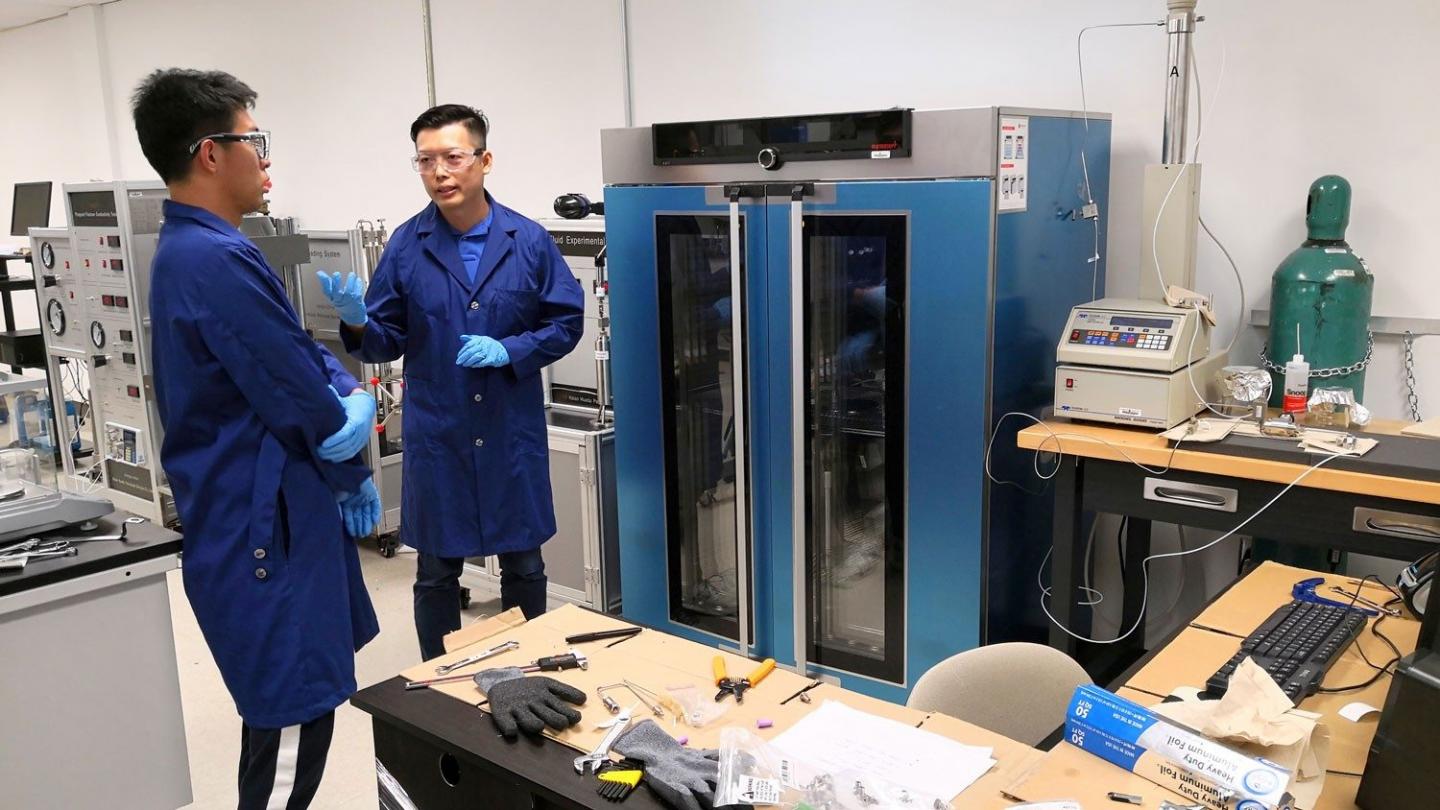 Society’s demand for sustainable energy sources continues to grow, nuclear energy is seen as a viable and productive option for powering the nation. However, concerns over the safe and secure storage of high-level radioactive nuclear waste often prohibits the advancement of technology in this area.

High-level nuclear waste can be permanently disposed of in subsurface geological formations, first by storing it in a container and then placing that container into a geological host rock. Low-permeability clay, such as compacted bentonite, is filled between the waste container and the host rock underground.

With a three-year award from the Department of Energy’s Office of Nuclear Energy and in collaboration with Sandia National Laboratories, Virginia Tech researchers will seek to gain deeper insight and knowledge into the permeability of the clay barriers used in nuclear waste repositories.

Cheng Chen, assistant professor of mining and minerals engineering, is the principal investigator on the research project, “The role of temperature on non-Darcian flows in engineered clay barriers.” Chen is joined by Rui Qiao, professor of mechanical engineering and co-principal investigator, who brings additional expertise that includes nanoscale fluid and ion transport.

In the field of fluid mechanics, Darcian and non-Darcian flows describe the manner in which fluids flow through porous mediums, with non-Darcian flows being more applicable to the conditions found when storing underground nuclear waste in deep geologic structures.

The project has broad implications for the oil and gas industries. Understanding non-Darcian flows in shale can advance the industry’s understanding of oil and gas flow in unconventional hydrocarbon reservoirs, such as shale reservoirs, an equally critical source for future energy security.

“For this kind of storage system long-term security and stability are critical and require an advanced, fundamental understanding of the geomechanical, hydrogeological, and thermal processes relevant to this waste disposal system,” said Chen.

According to Chen, having an advanced understanding of non-Darcian flow in the clay buffer used to “pack” the nuclear waste containers is critical.

“This understanding would allow us to accurately predict water migration and saturation evolution over a time scale of thousands of years throughout the fields and locations near a repository,” Chen said.

The team’s first objective will be to develop a predictive, theoretical model to facilitate experimental data interpretation and provide mechanistic insights into the role of temperature on non-Darcian flows in low-permeability engineered clay barriers.

Then, researchers will conduct laboratory experiments over a wide range of temperatures to unravel the role of temperature on the threshold gradient of non-Darcian flow in both saturated and unsaturated bentonite clays.

Finally, the team plans to use molecular dynamics simulations to obtain a fundamental understanding of non-Darcian flow and its dependence on temperature and the interface of mineral and water chemistry.

Fitting the results of the simulation to the continuum-scale model will provide insights into the two parameters and advance the understanding as to how these two parameters change under varying temperatures.

While this project’s first steps focus on answers to critical and fundamental fluid dynamics questions, Chen emphasized its significant environmental and societal impacts.

“The knowledge generated from this project will directly benefit the long-term security and stability of subsurface nuclear waste repositories over a time scale of 100,000 years,” he explained. Catch a virus by its tail