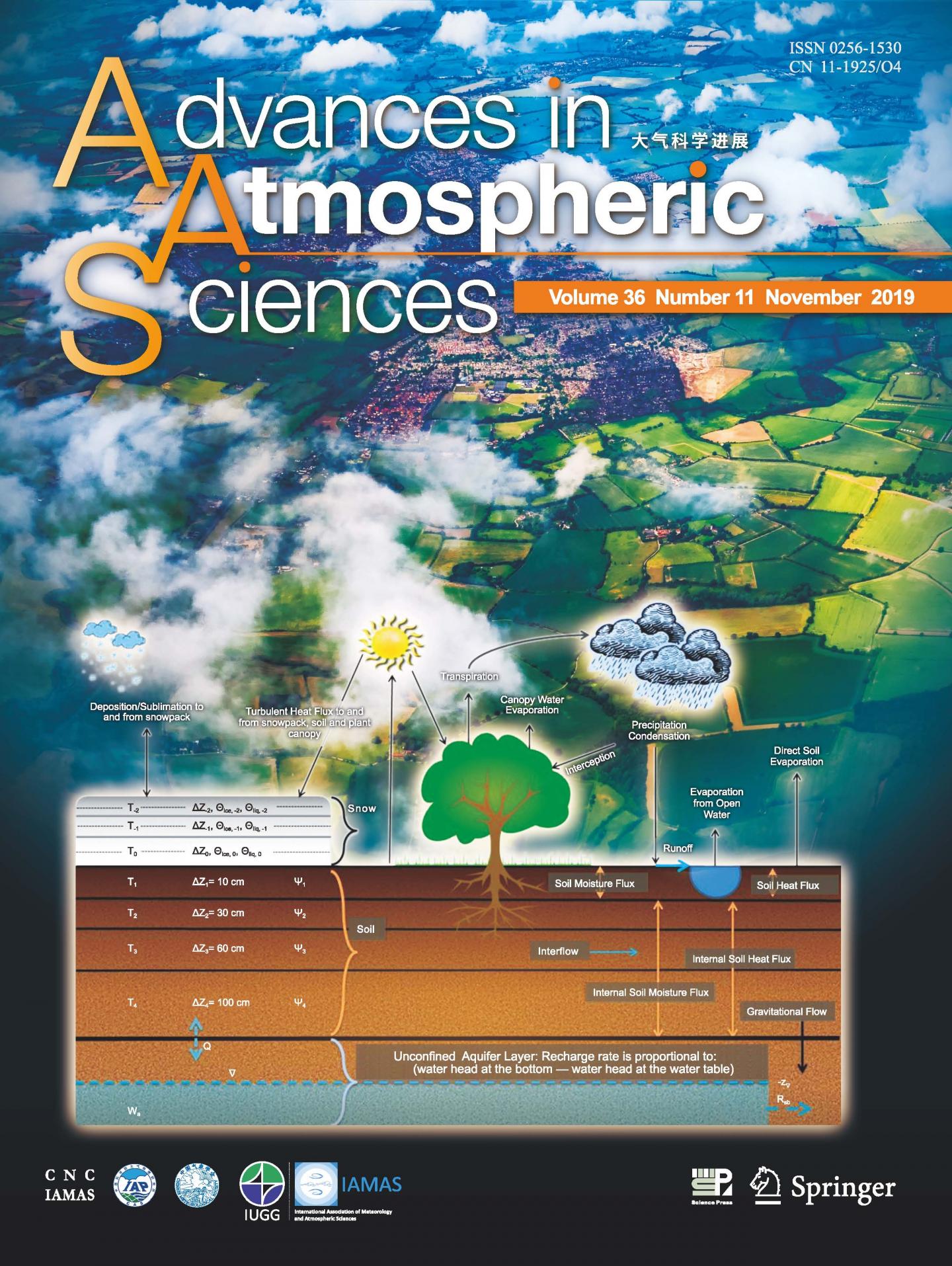 The Noah land surface model with multi-parameterization options (Noah-MP) simulates the major spatiotemporal patterns of hydrological variables in China, a vast country characterized by complex terrain and large river basins across a wide range of climates.

“This is an important test of this state-of-the-art land surface model,” says Prof. Zong-Liang Yang, from the Jackson School of Geosciences, the University of Texas at Austin, when he introduces his work recently published in the latest issue of Advances in Atmospheric Sciences as a cover article. The first author is Jingjing Liang, a Ph.D. candidate from the Institute of Atmospheric Physics, Chinese Academy of Sciences, under the supervision of Prof. Yang.

“The temporal trend of the modeled terrestrial water storage anomalies agrees well with the Gravity Recovery and Climate Experiment satellite observations, capturing major flood and drought events in different basins,” Liang adds. “In addition, the simulations capture the observed spatial pattern of soil moisture in the warm seasons with a relatively high correlation and low root-mean-square-error, although the simulations produce wetter conditions in most of the regions.”

Experiments with 12 selected physical parameterization options show that the runoff parameterization has a stronger impact on the simulated soil moisture-runoff-evapotranspiration relationships than the soil moisture factor for stomatal resistance schemes, a result consistent with previous studies.

However, the simulations still need to be improved in the Songliao basin in northeastern China, because this is a transitional region with extensive freeze-thaw activity, while representations of human activities may also help improve the model performance.

“Since Noah-MP is already chosen as the baseline land component for our regional earth modeling system, a comprehensive evaluation of its performance is essential,” states Yang. “Future work may be needed to focus on advancing the performance of Noah-MP, such as including human activities,” he adds.