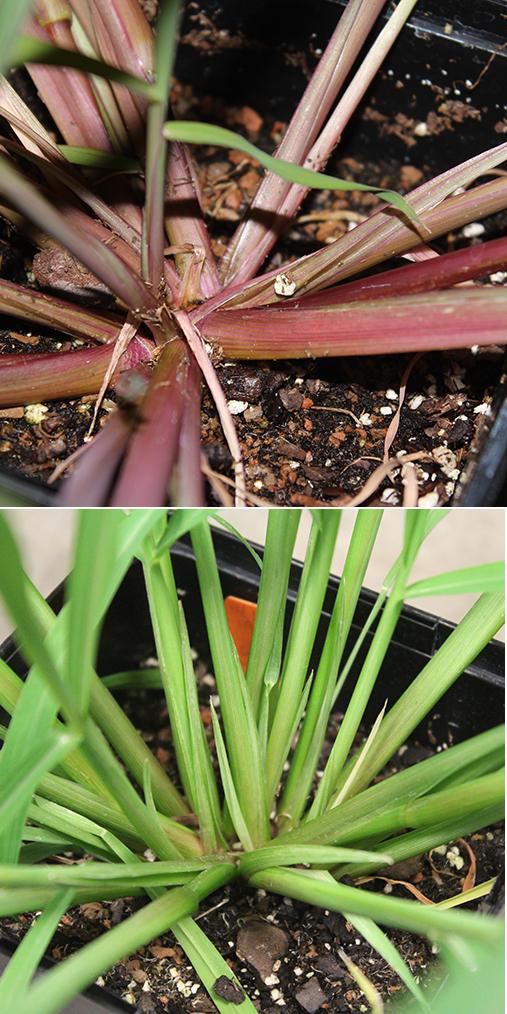 IMAGE: The common form of barnyard grass (top) has red stems, while the mimic has green stems — more like rice. view more

Early rice growers unwittingly gave barnyard grass a big hand, helping to give root to a rice imitator that is now considered one of the world’s worst agricultural weeds.

New research from Zhejiang University, the Chinese Academy of Sciences and Washington University in St. Louis provides genomic evidence that barnyard grass (Echinochloa crus-galli) benefited from human cultivation practices, including continuous hand weeding, as it spread from the Yangtze River region about 1,000 years ago.

Barnyard grass is a globally common invasive weed of cultivated row crops and cereals. The new study was published Sept. 16 in the journal Nature Ecology & Evolution.

“In Asia, rice farmers have traditionally planted and weeded their paddies by hand. Any weeds that stick out are easily detected and removed,” said Kenneth Olsen, professor of biology in Arts & Sciences. “Over hundreds of generations, this has selected for some strains of barnyard grass that specialize on rice fields and very closely mimic rice plants. This allows them to escape detection.”

Olsen collaborated on data analyses and interpretation for the new study. He is working with the study’s corresponding author, Longjiang Fan of Zhejiang University, on other research related to rice evolutionary genomics and agricultural weed evolution.

This study sequenced the genomes of rice-mimic and non-mimic forms of the weed as a step towards understanding how this process has occurred.

This form of mimicry, called Vavilovian mimicry, is an adaptation of weeds to mimic domesticated plants. In the case of barnyard grass, the rice mimics grow upright like a rice plant instead of sprawling along the ground like most barnyard grass. They also have green stems like rice plants instead of the red stems more commonly found in the weed.

“With the advent of agriculture about 10,000 years ago, humans all over the planet began creating a wonderful habitat for naturally weedy plant species to exploit,” Olsen said. “The most successful and aggressive agricultural weeds were those that evolved traits allowing them to escape detection and proliferate in this fertile new environment.”

The researchers estimate that the mimic version of E. crus-galli emerged at about the same time that Chinese historical records indicate that the regional economic center was shifting from the Yellow River basin to the Yangtze River basin. During this period of the Song Dynasty, human populations were growing rapidly, demand for rice as the staple grain was paramount. This is also the time when a quick-maturing, drought-resistant variety of rice called Champa rice was introduced to the Yangtze basin from Southeast Asia — to allow two harvests in a year. Weed management in paddies might have been intensified in the context of these conditions.

However, while common barnyard grass is a major agricultural weed in the U.S., the rice mimic form has never become widespread in the main rice growing region — the southern Mississippi valley.

Olsen speculates that this is because U.S. rice farmers rely on mechanized farming instead of hand labor.

“Without farmers out in the fields planting and weeding by hand, there’s not such strong selection for weeds to visually blend in with the rice crop,” he said.