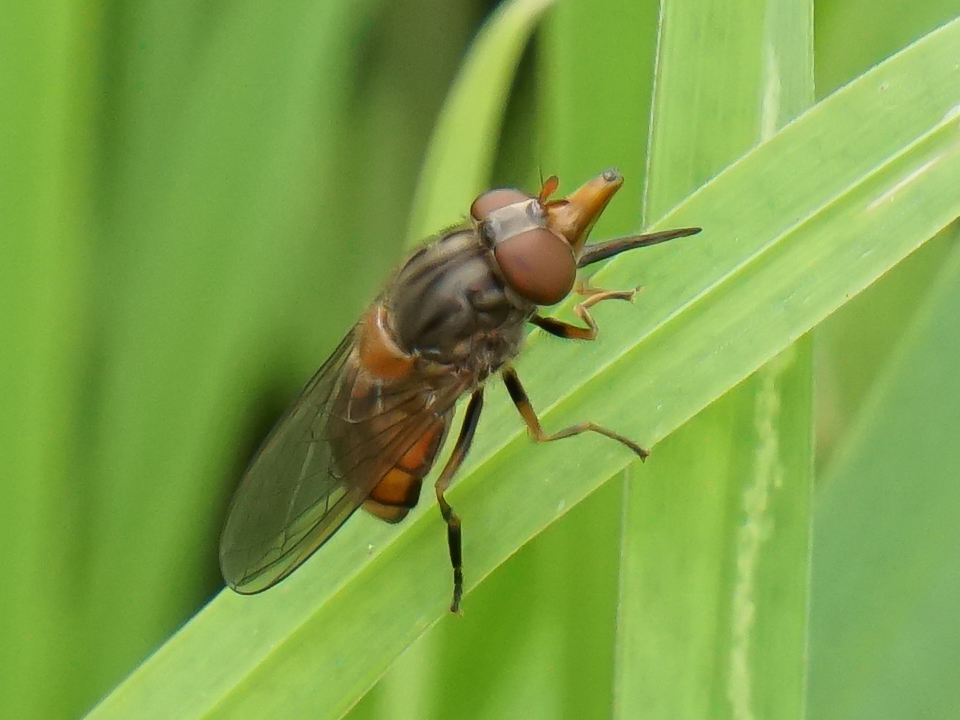 Paul writes: Rhingia campestris is one of the most recognisable hoverflies, it’s often known as the Heineken hoverfly and was the subject of a very early post of mine on Mark’s Blog. I described it then as common and widespread throughout the UK. In only 2 years things have possibly changed dramatically. The drought of 2018 seriously affected hoverflies, at least in the short term. Long dry periods curtail the nectar producing properties of flowers, which are the primary energy source of many hoverflies. This lack of food leads to reduced breeding productivity. Hoverfly sightings are widely recorded throughout the UK so 2019 records are being scrutinised carefully. It appears that records of Rhingia campestris have drastically reduced in most of southern England and Wales. This mirrors my own experience in North Yorkshire. The species has two main broods, May and August. In spring 2018 they were locally common in the fields around my house then in August there was a huge drop in numbers with only a few sightings. I was relieved in spring 2019 to still see them around but sighting were much reduced. I’ve been waiting anxiously this August to see if they appear and found this one a few days ago at a site several  miles away. I still haven’t seen one at home. It shows how fragile the breeding success of some species can be but hopefully numbers can bounce back, in the absence of more extreme weather. It would be nice to write another blog in five years time and still describe the species as common and widespread. One piece of good news is that in Scotland the species is still doing OK.