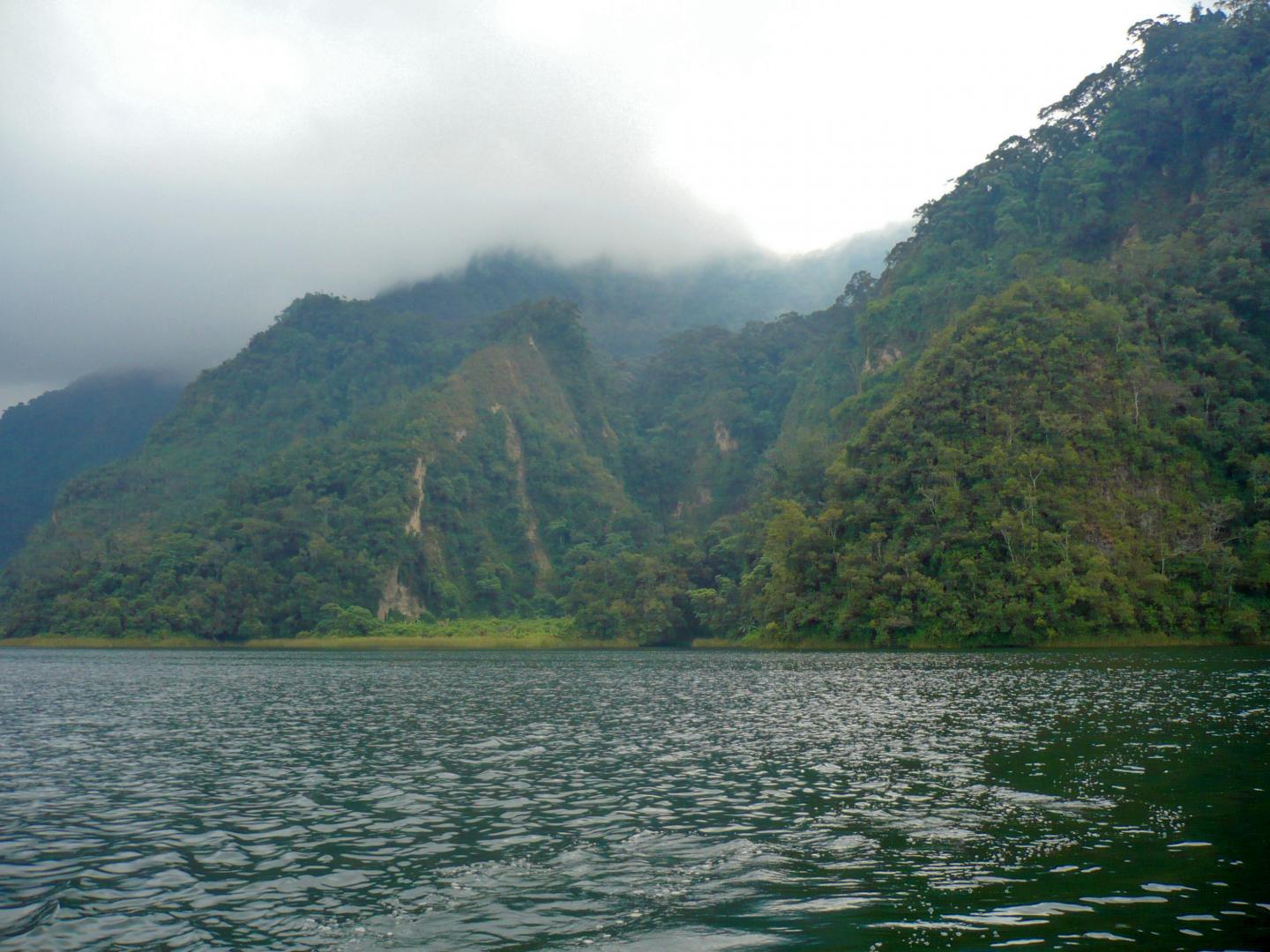 Geothermal manifestations at Earth’s surface can be mapped and characterized by a variety of well-established exploration methods. However, mapping hydrothermal vents in aquatic environments is more challenging as conventional methods can no longer be applied. In fact, chemical composition of lake water may indicate inflow of fluids from a volcanic system, but it does not provide spatial information on the location of hydrothermal vents, their abundance and current state of activity.

Changes in the behaviour of hydrothermal vents may be indicative of changes in the volcanic system underneath, thus being a useful precursor for the next generation of early warning systems. Increased volcanic activity beneath volcanic lakes could also trigger increased gas input, in particular CO2, which could again result in catastrophic gas outbursts as reported from Lake Nyos or Lake Monoun in Cameroon. New exploration approaches will help improving site-specific risk assessment and monitoring concepts by taking a closer look at hydrothermal vents.

The study describes an integrated approach of (1) bathymetry, (2) thermal mapping of the lake floor, and (3) gas emission measurements at the water surface, which was tested successfully at Lake Ngozi in Tanzania. Multiple hydrothermal feed zones could be identified by hole-like structures and increased lake floor temperatures, in combination with increased CO2 emissions from the lake surface. The developed approach has the advantage that (1) it does not require a complex technical setup, (2) data can be obtained in-situ, and (3) it is transferable to other volcanic lakes for mapping hydrothermal feed sources.

Further research activities at volcanic lakes and in shallow marine environments with hydrothermal activity (e.g., Iceland, Italy) are currently in preparation with partners from the Scientific Diving Centre (SDC) at the Technical University Bergakademie Freiberg, Germany, and the Marine & Freshwater Research Institute in Reykjavík, Iceland. This will also include research related to future offshore geothermal exploration.

Data related to this study have been collected complementary to a geothermal exploration project, which was coordinated by the author, who has previously been with BGR in Hanover, Germany. Moon and Saturn to meet in morning sky Septemberâs birthstone is the sapphire What to do at the Bird Fair on Friday