Clean air for a sustainable future 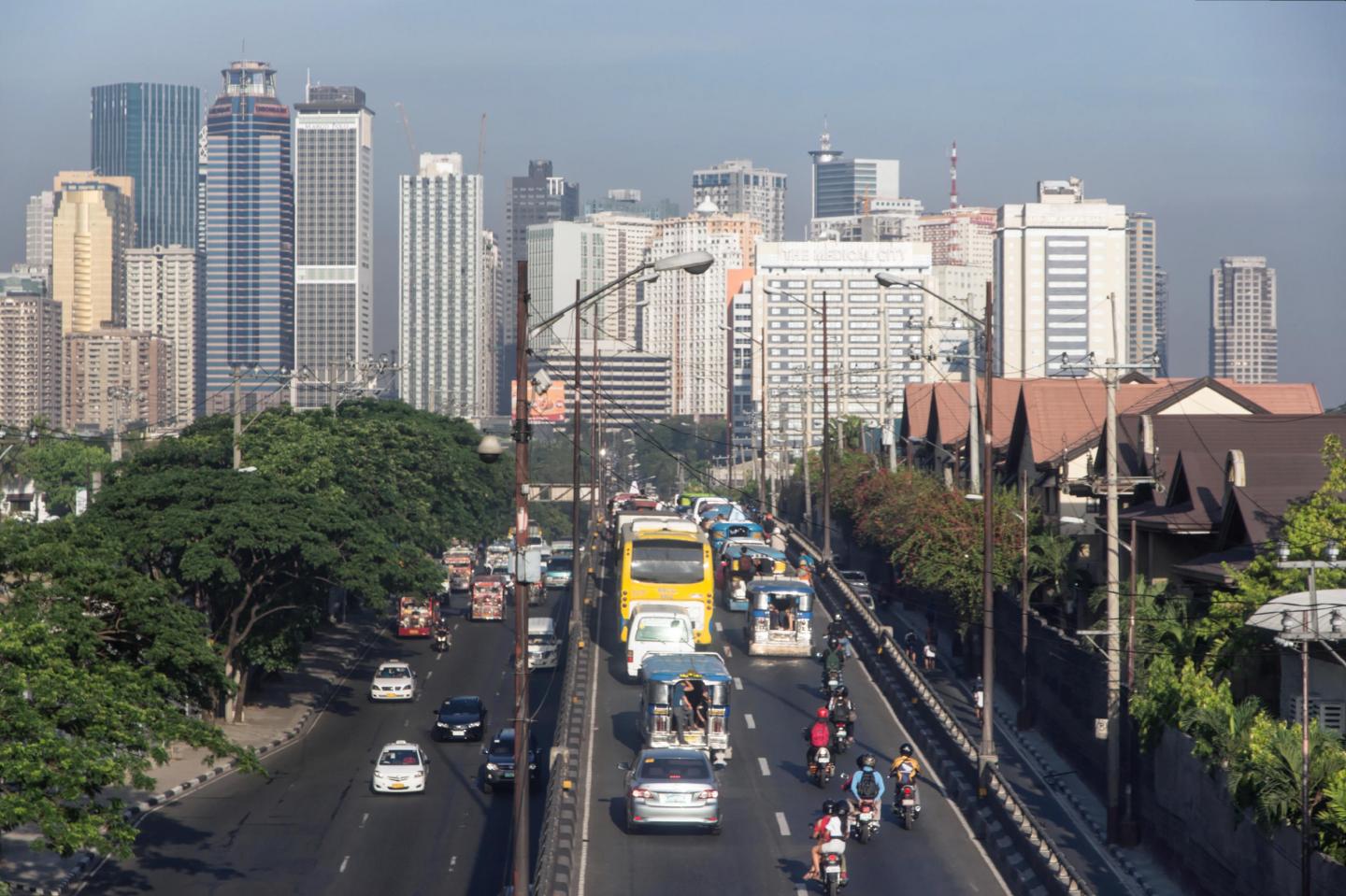 IMAGE: Due to the rapid increase in the number of motorised vehicles, the obsolete diesel-based public transport system (jeepneys) and the increasing shipping traffic in the city’s port, residents in Manila… view more

Manila. With 13 million inhabitants, Manila is one of the largest megacities in Southeast Asia. At the same time, the capital of the Philippines is one of the cities with the highest air pollution worldwide: soot pollution is about 50 times higher than found in Europe. The risk of developing lung cancer is about 1000 times higher. A strategy on how to get this massive environmental problem under control will be developed by a new research project over the next one and a half years. Environmental, social and health scientists from Germany and the Philippines will work together with NGOs, politicians and affected citizens to find solutions. By improving the living conditions for the people of Manila, the project also aims to contribute to the United Nations’ Agenda 2030 for Sustainable Development. The network, in which three institutes of the Leibniz Association are involved on the German side (the Leibniz Institute for Tropospheric Research (TROPOS), the Leibniz Centre for Marine Tropical Research (ZMT) and the Leibniz Research Institute for Environmental Medicine (IUF)), is funded by the Federal Ministry of Education and Research (BMBF) with a total of around 630,000 euros.

While strict environmental laws in the European Union and North America ensure that cars with old diesel engines are removed from road traffic thereby reducing the health-threatening potential of soot particles in the air pollution, increasing road traffic in booming emerging countries may lead to major health problems. This includes the capital of the Philippines: With around 13 million inhabitants, Metro Manila is one of the most densely populated cities in Southeast Asia. Due to the rapid increase in the number of motorized vehicles, the diesel-based public transport system (jeepneys) and increasing shipping traffic in the city’s port, the residents are currently confronted with alarming air pollution that poses a health hazard. Especially, problematic are soot particles – black carbon (BC) originating mainly from public transport (jeepneys) and possibly from the harbour..

The Ministry of Transport of the Philippines has therefore launched a modernization program to ban all vehicles older than 15 years from the roads and replace them with modern electric vehicles by 2021. This decision has triggered heated discussions: On the one hand, the deterioration of air quality and its ecological, social and health effects are causing dissatisfaction; on the other hand, there are fears that strict emission standards could exacerbate the social problems of the poorest who are unable to keep up financially with this modernization strategy. In Manila, small public transport operators play an important role in the affordable public transport system, earning their living driving very old jeepneys recycled from vehicles left behind by the US military after the Second World War, which emit high levels of soot particles. The problem is being tackled with consideration to these drivers’ livelihood whilst considering the significant consequences for air quality and the health of the broader population.

“Our aim is to develop a concept on how to achieve a significant reduction in soot concentration among existing political, social and economic structures. This includes, on the one hand, creating awareness through the relevant authorities, the Jeepney drivers’ union, scientific institutes and the lung centre that something needs to be done and, on the other hand, developing a socially and economically acceptable solution,” explains Prof. Alfred Wiedensohler from TROPOS, who heads the project. Teams from the Philippines and Germany are now working on a transdisciplinary, application-oriented approach to develop restructuring concepts for the sustainable management and control of air quality standards in Metro Manila. To this end, the project “Clean Air for a Sustainable Future: A Transdisciplinary Approach to Mitigate Emissions of Black Carbon in Metro Manila, Philippines (TAME-BC)” brings together environmental, social and health scientists from Germany and the Philippines with NGOs, political decision-makers and affected citizens from the Metro Manila region. Research Institutes for Germany are the Leibniz Institute for Tropospheric Research (TROPOS) in Leipzig, the Leibniz Centre for Marine Tropical Research (ZMT) in Bremen and the Leibniz Research Institute for Environmental Medicine (IUF) in Düsseldorf. They will work in close cooperation and consultation with a broad alliance of research institutes government agencies and NGOs from the Philippines: The University of Philippines (UPD), Ateneo de Manila University (Ateneo), The Manila Observatory (MO), De La Salle University (DLSU), Clean Air Asia (CAA), Coalition of Transport Cooperatives (CTC) and Arayat Cubao Circle Ikot Jeepney Operators and Drivers Association (ACCIJODAI), The Lung Center of Philippines (LCP) and The Quezon City Government (QCG). Over the next eighteen months, the project will receive around 630,000 euros in funding from the German Federal Ministry of Education and Research (BMBF) for its start-up phase.

The German-Philippine research network of TAME-BC will draw on their many years of prior cooperation and achievements. The Manila Aerosol Characterization Experiment (MACE 2015) took place in 2015. Together with its local partners, TROPOS investigated air quality with fixed measuring stations and mobile devices. The results were alarming: soot pollution, which is the most dangerous particulate matter due to its carcinogenic effect, was up to 50 times higher than in Europe or North America. In the current project, the international team wants to answer the following questions: What part of the transport sector contributes to air pollution and how? How do those involved act or respond and which factors decide whether innovations can be implemented? What are the health effects in detail and how can the health of the population best be protected against air pollution? The research project TAME-BC therefore aims at a sustainable improvement of life conditions.

Scientists and engineers discussed at UN climate conference how the fight against air pollution can protect the climate: https://www.tropos.de/en/current-issues/press-releases/details/scientists-and-engineers-will-discuss-at-un-climate-conference-how-the-fight-against-air-pollution-can-protect-the-climate https://www.tropos.de/en/current-issues/events-and-lectures/un-climate-conference-2018-cop24