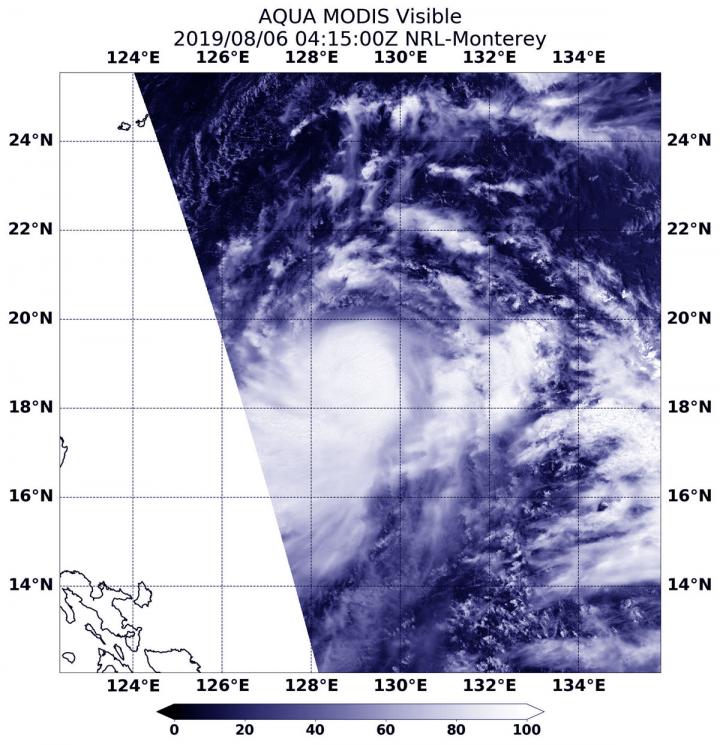 On Aug. 6, the Moderate Resolution Imaging Spectroradiometer or MODIS instrument aboard NASA’s Aqua satellite provided a visible image of Lekima that showed a ring of strong thunderstorms around its center of circulation.

At 5 a.m. EDT (0900 UTC), the center of Lekima was located near latitude 19.1 degrees north and longitude 129.0 degrees east. Lekima was about 449 nautical miles south of Kadena Air Base, Okinawa, Japan. Lekima was moving to the north-northwest and had maximum sustained winds near 50 knots (57 mph/92 kph).

The Joint Typhoon Warning Center expects Lekima to move northwest and strengthen into a typhoon. After 3 days, it will pass over Taiwan and turn northeast just off the east coast of China, where it is expected to dissipate. Climate Change Rises as a Public Priority. But It’s More Partisan Than Ever. Analysis: World’s protected areas safeguard only a fraction of wildlife