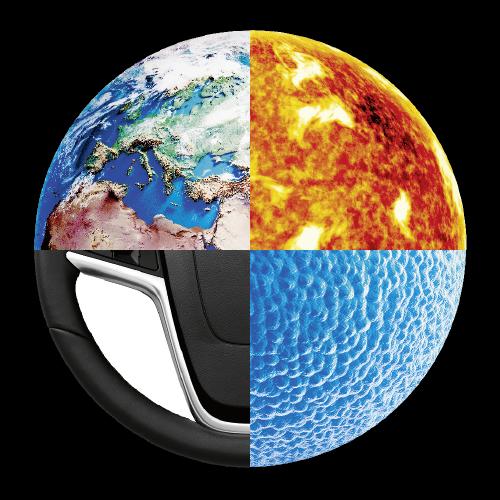 With CASUS – the Center for Advanced Systems Understanding, the East German city of Goerlitz receives a new science center. Its vision is to develop a systematic understanding of complex phenomena of our environment using new digital methods. Experts from disciplines as diverse as climate and environmental research, systems biology and astrophysics are to work together on comprehensive digital solutions – thereby CASUS will play a pioneering role in Germany. Germany’s Federal Ministry of Education and Research (BMBF) recently approved funding of around ten million euros for the next three years; the Free State of Saxony will provide an additional million euros as part of this project.

Like many research groups worldwide, CASUS researchers will focus on the use of high-performance computers and on methods of machine learning and artificial intelligence (AI) to cope with high volumes of data. However, important questions, such as those from climate and environmental research, cannot yet be answered satisfactorily with the existing methods, especially when enormous amounts of complex data are generated. CASUS wants to close this gap.

Complex systems: more than the sum of the individual parts

CASUS is to develop into an internationally visible institute for data-intensive systems research. Teams of scientists from different disciplines as well as mathematicians, high-performance computing experts and AI experts will work together to map and understand the complexity of the real world. This can be achieved by the teams considering previously isolated phenomena as part of larger systems. Furthermore, the newly developed methods will provide the basis for making reliable predictions for complex systems. In this way, concrete figures could be used to investigate the socio-economic impact of global climate change on Germany or on Saxony, for example.

“We support structural change in the region. This is why we – together with the Free State of Saxony – are founding the research institution CASUS in the city of Goerlitz. It is to become a beacon of interdisciplinary research in the field of digitization. Using new digital methods, questions on complex topics such as the transformation of energy systems or climate change will be solved. Only if we understand the complex interrelationships better can we develop sustainable solutions. Goerlitz should thus become a magnet for scientists from all over the world,” said Germany’s Federal Research Minister Anja Karliczek.

The shaping of the future of Germany’s coal mining regions is a central concern for the German Federal Government. This is reflected in the key points adopted by the Federal Cabinet on May 22, 2019 for structural support of the coal mining regions. One building block of this structural funding is the research initiatives in the Immediate Program, which includes the CASUS project.

Launch of the start-up Phase

The official launch of the three-year start-up phase of CASUS is scheduled for August 27, 2019. The institute was initiated by the four Saxon research institutions Helmholtz Centre for Environmental Research – UFZ in Leipzig, Helmholtz-Zentrum Dresden-Rossendorf (HZDR), Max Planck Institute of Molecular Cell Biology and Genetics (MPI-CBG) and the Technische Universität Dresden [Technical University Dresden]. One of the most important partners on the Polish side is the University of Wroc?aw. Dr. Michael Bussmann, head of the “CASUS” department at HZDR, is confident that “with their expertise, these institutions will make a major contribution to the research priorities of the start-up phase”.

This includes research into the effects of climatic changes on the environment. Using large simulators and data science methods, scientists at UFZ analyze the overall diversity of event chains and possible feedback in environmental systems, including overall economic costs and ecological consequences. This is the only way to develop and optimize suitable avoidance and adaptation measures for the coming years and decades, taking into account the systemic uncertainties.

HZDR contributes a second focus: the behavior of matter under extreme conditions, which plasma physicists and astrophysicists are especially studying. They are interested in the exotic states of matter that are assumed to occur in the interior of distant planets and stars or that are generated by the acceleration of particles with the aid of high-power lasers at HZDR. Plasma-physical questions are also relevant for energy research.

The MPI-CBG in Dresden brings the topic of systems biology into CASUS. Even today, it is possible to follow the development of an entire organism from a single cell with the highest spatial and temporal resolution and, at the same time, to relate it to the elementary biochemical processes that take place. When nerve, muscle and sensory cells come together, functional tissues and organs are formed that form the living organism in their interaction. “In this way, the organism as an overall system can be investigated on many different levels on the basis of the interactions of its components,” Dr. Bussmann explains.

Finally, the University of Wroc?aw wants to investigate the interaction of autonomous vehicles with their environment at CASUS, for example networking of the vehicle with the environment or predicting the behavior of other road users. New algorithms and AI methods will help in this respect.

The aim of the CASUS researchers is to create digital twins of complex environments, more comprehensively and realistically than has previously been possible. The digital twins can then be used to look deep into the systems and investigate their structure and the interaction of different areas of the overall system. At the same time, the scientists can record and investigate the temporal development of the systems – the digital twin becomes dynamic and allows predictions of the future to be made.

Digital twins consist of observation data of the real systems and their simulations. Therefore, the creation of digital twins involves extremely large amounts of data and an enormous demand for computing power. Dr. Bussmann explains: “With conventional computational methods and the available computing capacities, these amounts of data can barely be handled at present. CASUS will bring together methods from data-intensive high-performance computing and machine learning and also combine the potential of different disciplines to develop efficient solutions that can be applied in practice”. Last but not least, CASUS aims to make the newly created methods and technologies available to society and industry as directly as possible.

During the three-year start-up phase, CASUS will be financed 90 percent by funds from the German Federal Ministry of Education and Research (BMBF) and 10 percent by funds from the Saxon Ministry of Science, Research and the Arts (SMWK). To date, a total funding amount of around eleven million euros has been allocated for the start-up phase. With the recently approved early start of activities by the BMBF and the SMWK, the first research groups can now be set up in a specially rented building in Goerlitz (Untermarkt 20). A Forecast for a Warming World: Learn to Live With Fire