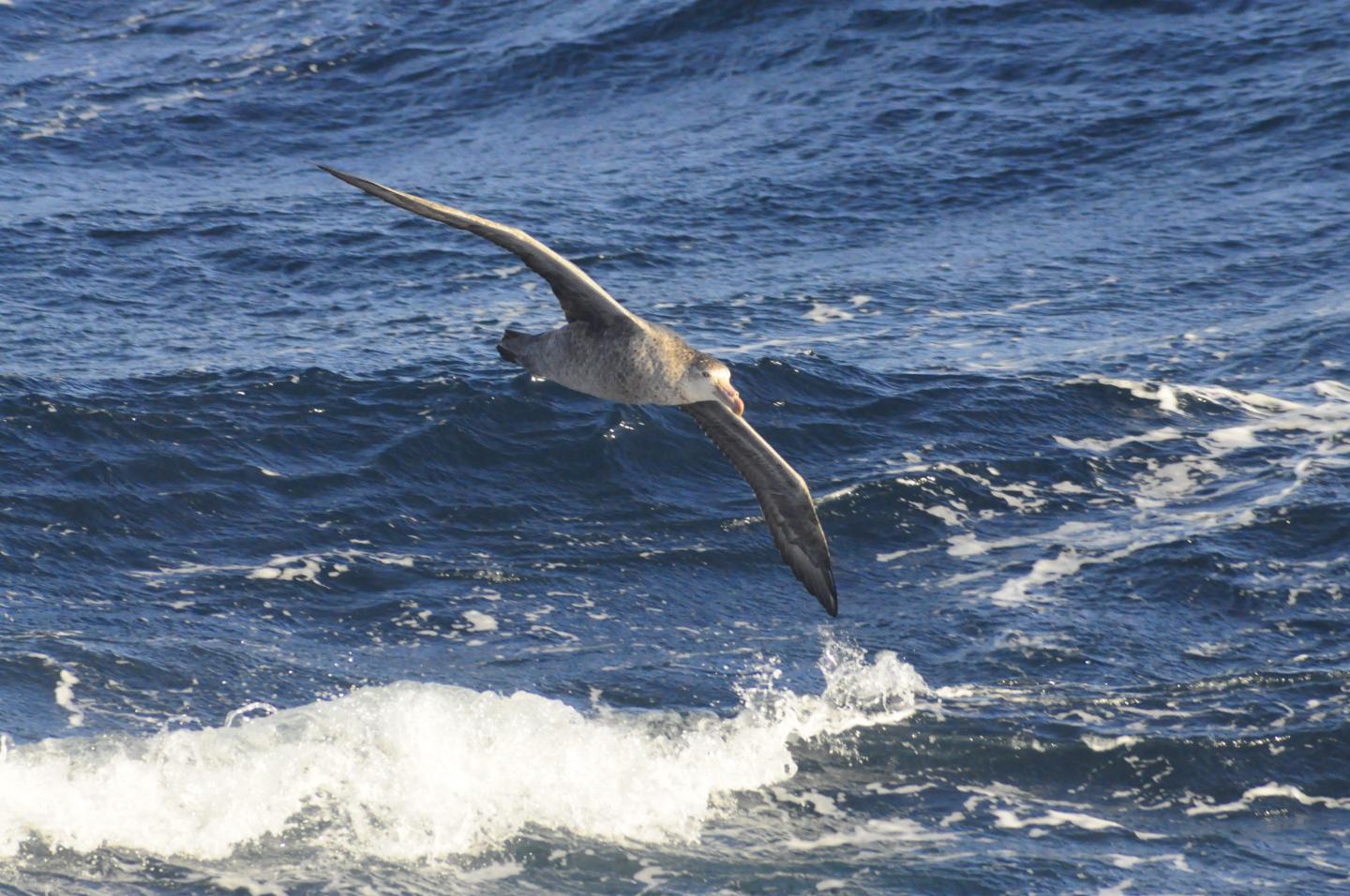 Giant petrels will be “temporary” winners from the effects of climate change in the Antarctic region – but males and females will benefit in very different ways, a new study shows.

The study, by experts from the University of Exeter and the British Antarctic Survey (BAS), is one the first to analyse how different sexes of the same species could be affected by changing conditions through global warming.

The research shows that giant petrels – known colloquially as “stinkers” – will benefit from an increased number of warm weather anomalies in the region, while changes to wind patterns across the Antarctic and the southwest Atlantic will also improve their ability to forage at sea.

However, the research reveals that the benefits are different for the male of the species, compared to females.

It shows that the males – as the larger and heavier sex – would benefit more by dominating access to carrion on land and by traveling much less far from the colony when foraging at sea.

Females, on the other hand, are likely to benefit from stronger winds which will help them fly and forage at sea with less effort, and from retreating sea ice increasing the extension of open waters suitable for foraging.

Crucially, however the study also suggests that any increase in longline fishing (and resulting mortality on fishing gear – termed bycatch) could harm their survival.

Few studies have examined how different sexes of a species could be affected by changing conditions, and the researchers say this means the impacts could be underestimated if sex-specific effects are not included.

“It is really difficult – but really important – to measure how the sexes of a species will respond to environmental changes, especially in species with strong sexual size dimorphism, like the giant petrels,” said lead author Dr Dimas Gianuca, of the University of Exeter and BAS. “Petrels are going to do relatively well due to the changes we expect to see in this region. The increased winds and other changes in the environment will be good for them. However, any future increase in longline fishing – which may well result in a greater risk of bycatch – is likely to impair the survival of females, which forage further north than males and, consequently interact more with poorly managed longline fishing in subtropical waters.”

The study analysed 15 years of monitoring data on giant petrel survival and breeding collected by BAS at Bird Island, South Georgia, and projected the likely consequences of future environmental change and fishing.

Though petrels appear to be climate change “winners” in the coming decades, the researchers warn this could be temporary.

“Although warm conditions may benefit giant petrels, in the long term, persistent warm anomalies can lead to broader ecosystem disruptions in Antarctic food webs, and potentially further reduction in krill stocks. This would lead to further population declines of South Georgia Antarctic fur seals and other species on which male giant petrels depend for food during the breeding season, therefore it will be bad for petrels too,” said Dr Richard Sherley, of the University of Exeter.

The paper, published in the Journal of Animal Ecology, is entitled: “Sex-specific effects of fisheries and climate on the demography of sexually dimorphic seabirds.”

Biochemistry: Versatile recycling in the cell