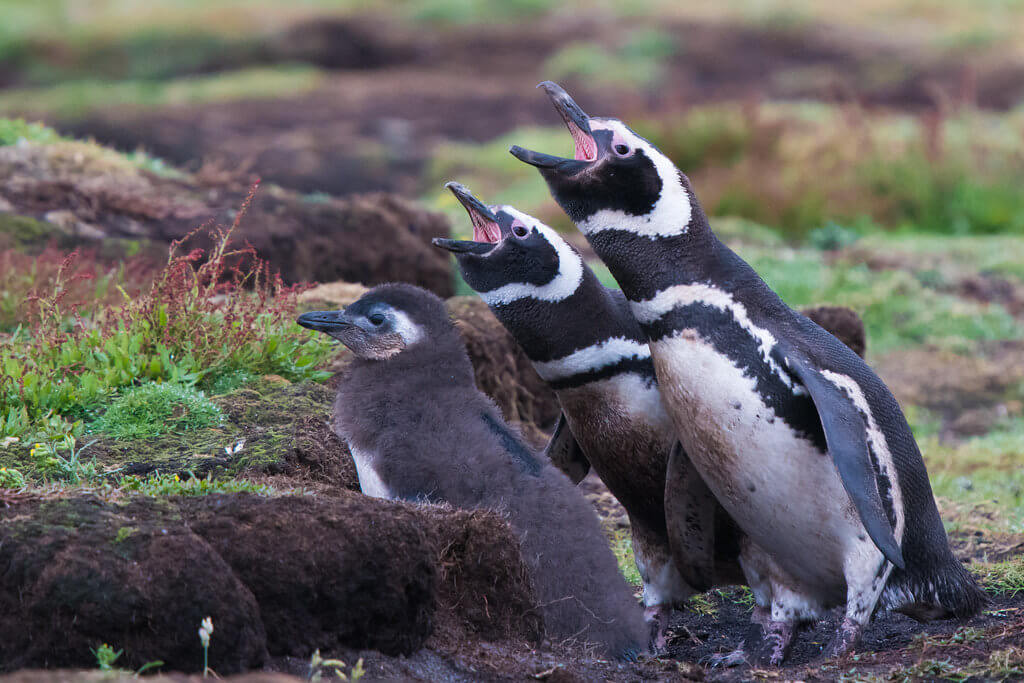 Tim writes: These are Magellanic Penguins braying next to their offspring.  They are closely related and very similar to the African Penguin, which is often known as the Jackass Penguin, because of its donkey-like braying call.  And Magellanic Penguins make a similar donkey call, which these were both making when I took the photograph.  All penguins often mate for life, so do a lot of displaying to maintain that pair bond.

They breed in southern Argentina, Chile and the Falkland Islands where I took these.  Like many penguins, the population is in steep decline and this species is classed as near-threatened.  Unlike most penguins, Magellanics nest in burrows which they excavate themselves, and usually raise two chicks.  You can see the backward-pointing spines inside their beaks which prevents any captured krill or fish from escaping. Can we solve the riddle of the coral reef halos?