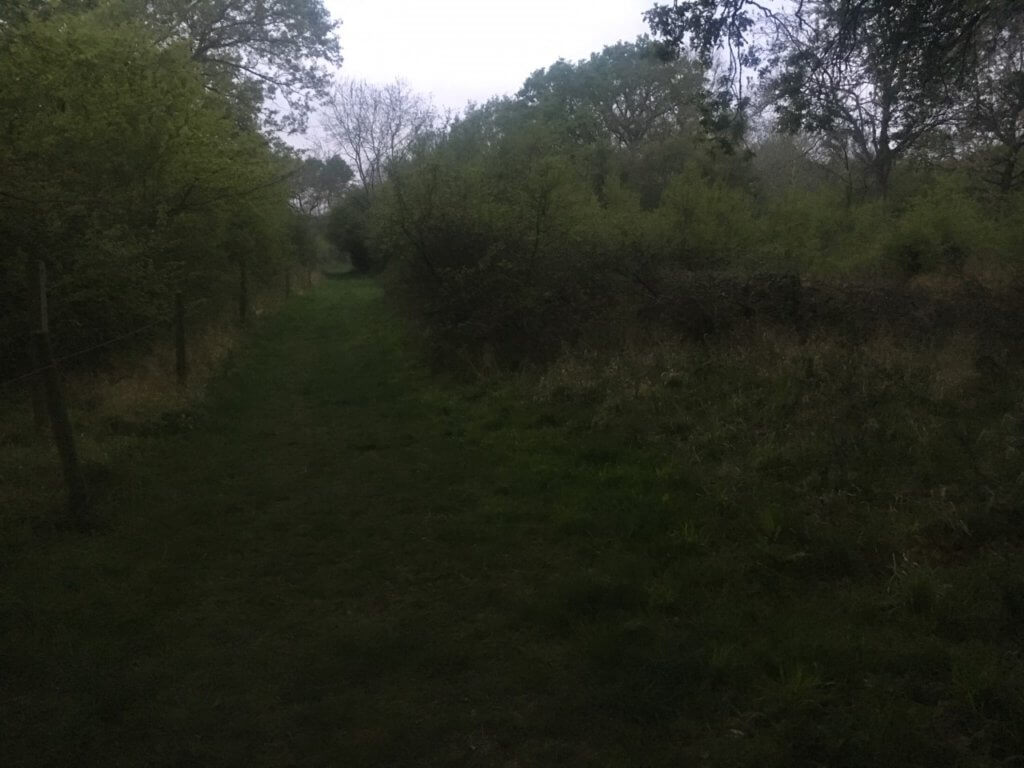 Encouraged by reading on Twitter that after missing a year, last year, Nightingales returned to a local wood, I set out to listen again for Nightingales at Glapthorn Cow Pasture yesterday evening.

Nightingales in the gloom, amongst the trees and scrub of that Wildlife Trust reserve have been a regular and an important part of my life. Not just ‘getting Nightingale for the year’ but a rendezvous with nature that showed that the world was still turning in the right way despite the highs and lows of human existence – at least nature was reliable. Reliable and utterly wonderful.

‘Utterly’ is the right word of course as Nightingales ‘singest of summer in full-throated ease‘.

But last year the Nightingales didn’t return to Glapthorn. I went several times to look and listen but they weren’t there. 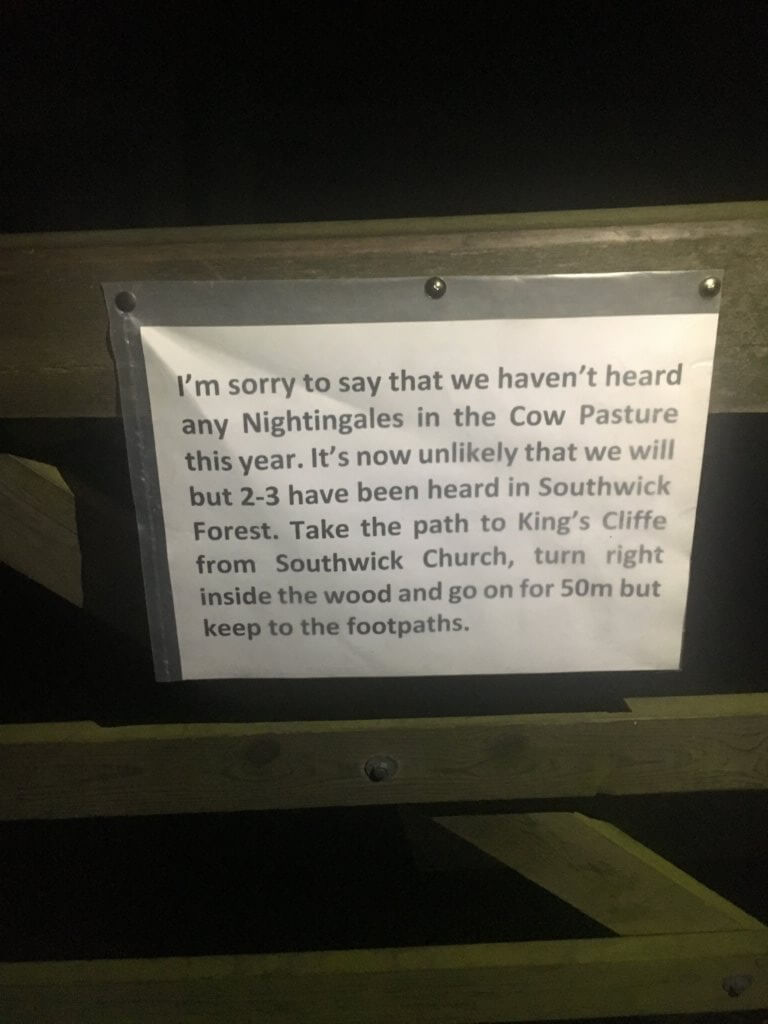 But you mustn’t give up hope if you are nature conservationist and so I went back to Glapthorn in late April and again yesterday evening – but no Nightingales.

I don’t think I can properly express how sad this makes me. Nightingales, and Nightingales at Glapthorn, have been a point in the year which have always sent me away happier, more contented, and more relaxed. The song is beautiful and uplifting, but the fact that this hidden bird has come back from Africa to sing in this woodland, as have generations of Nightingales before, and that I was hearing that song again, as I had with my father (who passed away more than two decades ago), with my mother (still with us), with Rosemary, with our children as youngsters, teenagers and now as rather wonderful twenty-somethings has meant so much to me. It looks like the chain has been broken – the wood has lost the sound that made it so special to me and to us as a family. I may never take future grandchildren to Glapthorn and they will never talk to their kids of listening to the Nightingales with their grandparents. Total revamp needed to secure the future of Aussie tourism