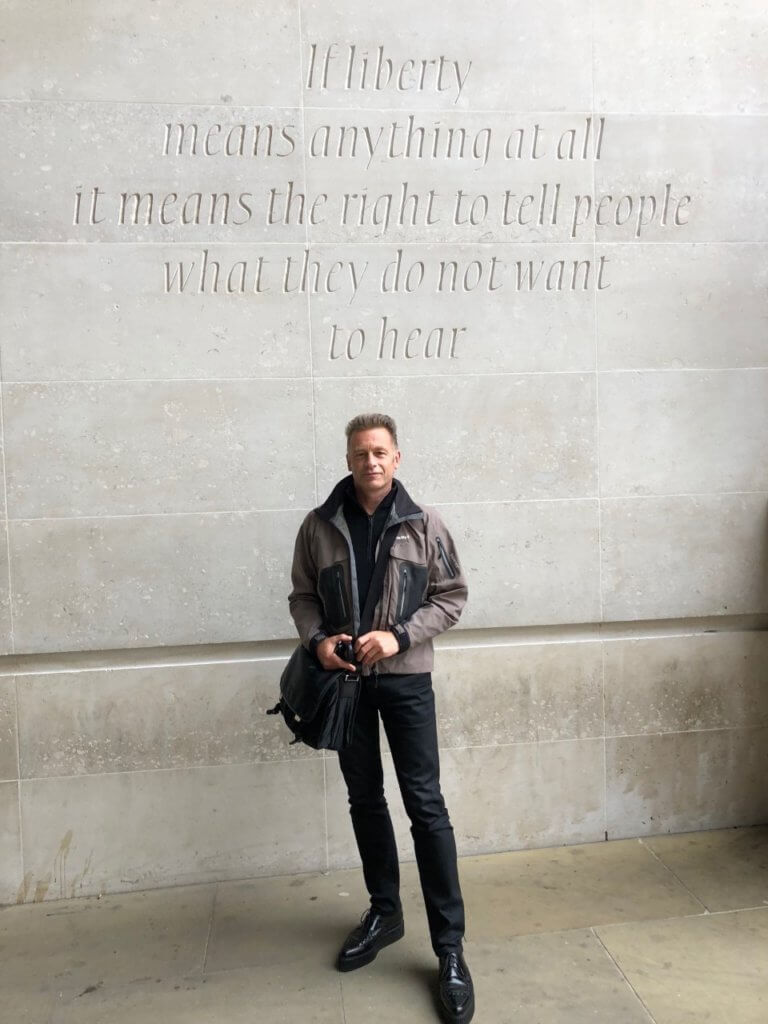 Chris Packham is a mate of mine – although he’s not very matey really. But he’s also a colleague and he’s a great guy. He’s had a lot of flak in the media and social media since we, that’s Chris, Ruth Tingay and myself, Wild Justice, won a legal challenge against the system of General Licences operated by the statutory wildlife agency in England, Natural England. We’re very proud of what we did – chuffed to bits in fact – because we are causing the licensing system to be overhauled and improved for the benefit of wildlife and people.

It has been a David and Goliath battle where three part-time nature conservationists (admittedly backed up by the most brilliant of legal teams) took on the government agency with all its lawyers and experts and we won! The statutory agency with responsibility for wildlife had been running an unlawful licensing regime for wildlife-killing for decades. That’s no small thing.

It’s natural for people to let off steam and get angry, particularly when they have been fed lies by others, and this is just a phase in the process of coming to terms with a new reality. It’s a bit like the five (or seven, or more) stages of grieving.

But some people have gone way over the top in their anger over how the licensing system is changing and much of the flak has been directed at Chris. Now Chris is the famous personality and the public figure, and he is a bit of a Marmite character anyway (you love him or hate him (I love Marmite and I quite like Chris Packham)) and so it’s somewhat natural that he is a lightning rod for anger.

You’ve probably seen or read about some of it that is in the public domain: dead crows hung on his driveway, simple crude abuse in the media, a package of faeces in the post and now death threats. 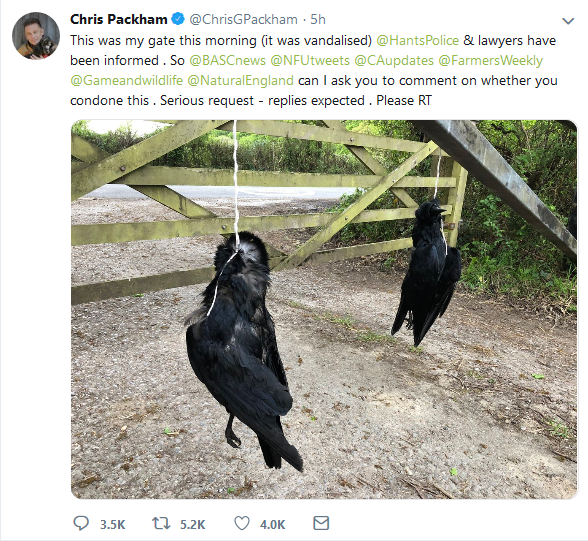 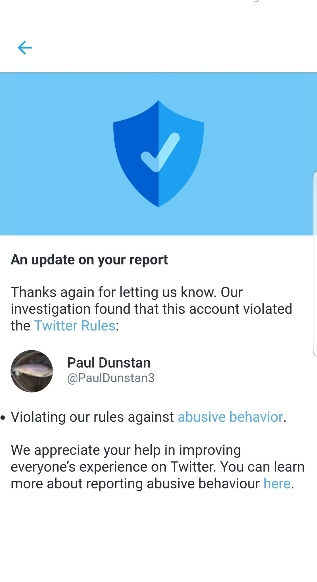 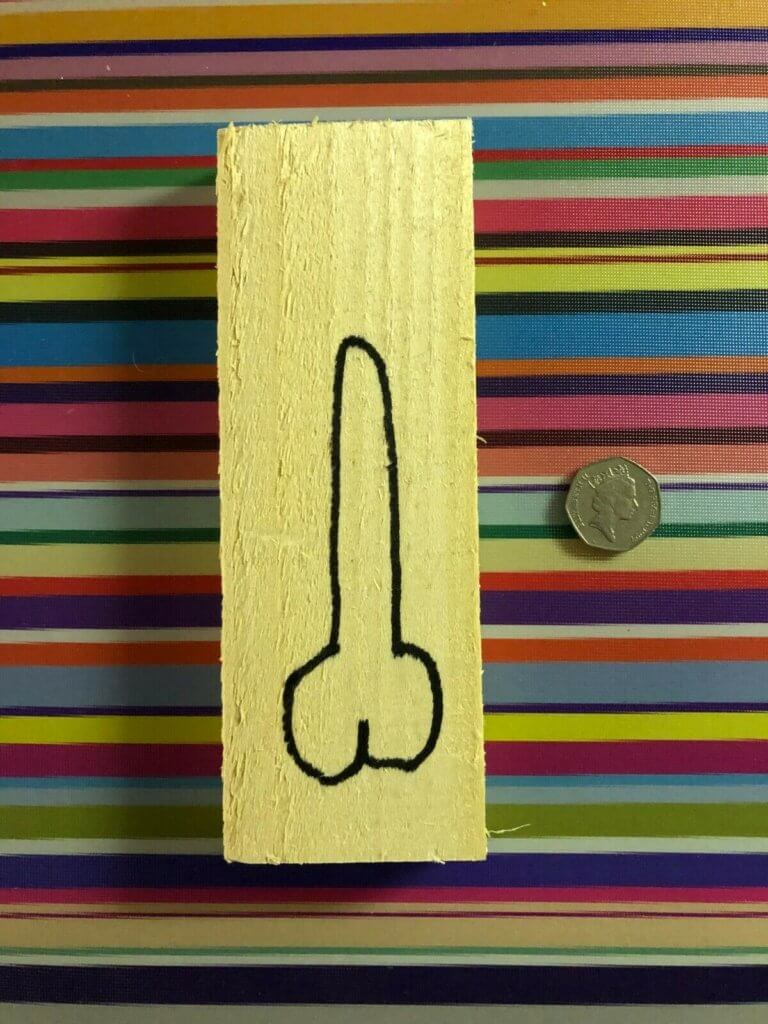 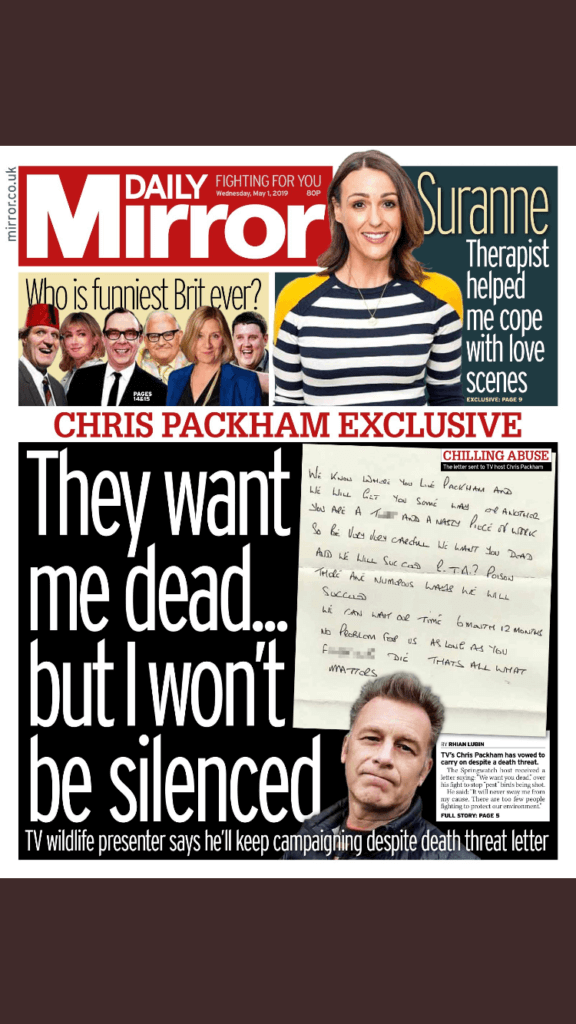 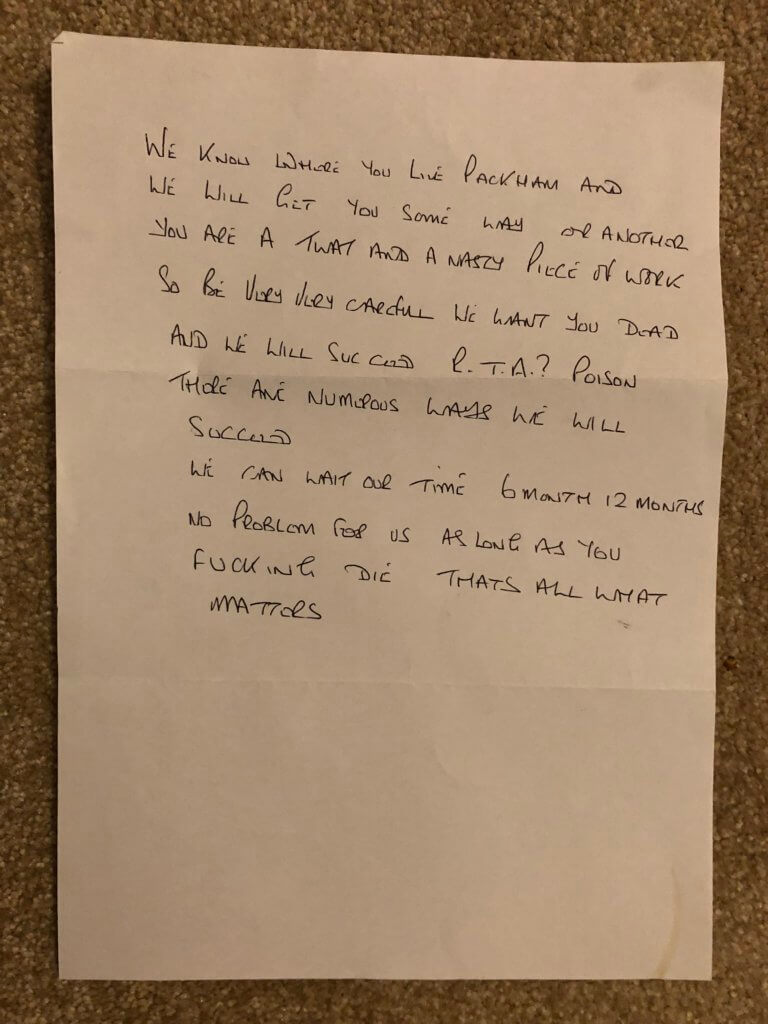 Today’s story in the Daily Mirror – quite chilling isn’t it?

Remember what Chris (and Ruth and I) have done is simply to show that the government agency had the law wrong. They were wrong so they now have to fix what was wrong.

Death threats for being part of a team which won a legal challenge against the government? What is Britain coming to?

Now Chris seems to shrug all this off – he’s pretty tough. I’ve spoken to him most days over the last week and I always ask him how he is and he always says he’s fine. I think he is pretty fine really. And he certainly isn’t one to buckle under pressure – more likely to get more determined!

But what you have seen in public is just the tip of the iceberg. There has been a concerted campaign running for years to try to get the BBC to look less kindly on Chris who is, let’s face it, one of the BBC’s best assets as a broadcaster. Did you see the programme he made about Asperger’s Syndrome, which Chris has, and which brought this mental condition to the fore in a way that had never happened before – powerful stuff. And remember how he swung the vote for the Icon of the Twentieth Century to be Alan Turing – a geeky mathematician! Chris won that contest for Turing with brilliant advocacy and oration – and again he showed his power. Chris’s book, Fingers in the Sparkle Jar wasn’t a simple and vapid celebrity memoir it was a powerfully honest tale of what sometimes amounted to mental anguish. When Chris turns his skills to protecting nature then people who wouldn’t listen to others will listen to him. The people who are nasty to our wildlife, and many vested interests, can’t stand seeing the likes of Chris Packham getting above themselves and showing power – they are afraid that change is in the air and they want him to be squashed. And all the more so after he was recognised in the New Year Honours List as a CBE for services to Nature Conservation – not TV, not broadcasting, but nature conservation.

So-called countryside organisations, and some MPs, have been bombarding the BBC with letters of complaint about Chris for ages – ages and ages. The campaign is unrelenting and vicious and the BBC keeps it hidden from the public gaze. It’s a hate campaign, from individuals and organisations, being waged against Chris. Some well-known individuals and charities would be shamed if their correspondence to the BBC were published.

The hate campaign surfaces now and again in public petitions calling for Chris to be axed – and counter petitions calling for him to be kept but the really vicious campaign is going on all the time below the surface. Attacking not Chris’s arguments but his livelihood, his friends, his workmates and the businesses and charities with whom he works. The aim is clearly to make anyone associated with Chris take a step back. It’s the nasty brigade looking for metaphorical blood but when that happens it is no surprise that some issue death threats as well. It’s utterly unpleasant and shows how low our society has sunk.

Chris Packham is a mate of mine – but even if he weren’t I would sign this petition supporting him and I would write to Tony Hall, Lord Hall of Birkenhead CBE, Director General and Editor in Chief, Broadcasting House, Portland Place, London W1A 1AA tony.hall@bbc.co.uk asking him what he is doing to protect one of the BBC’s finest broadcasters from harassment. This prefab treehouse can be assembled in merely a few days