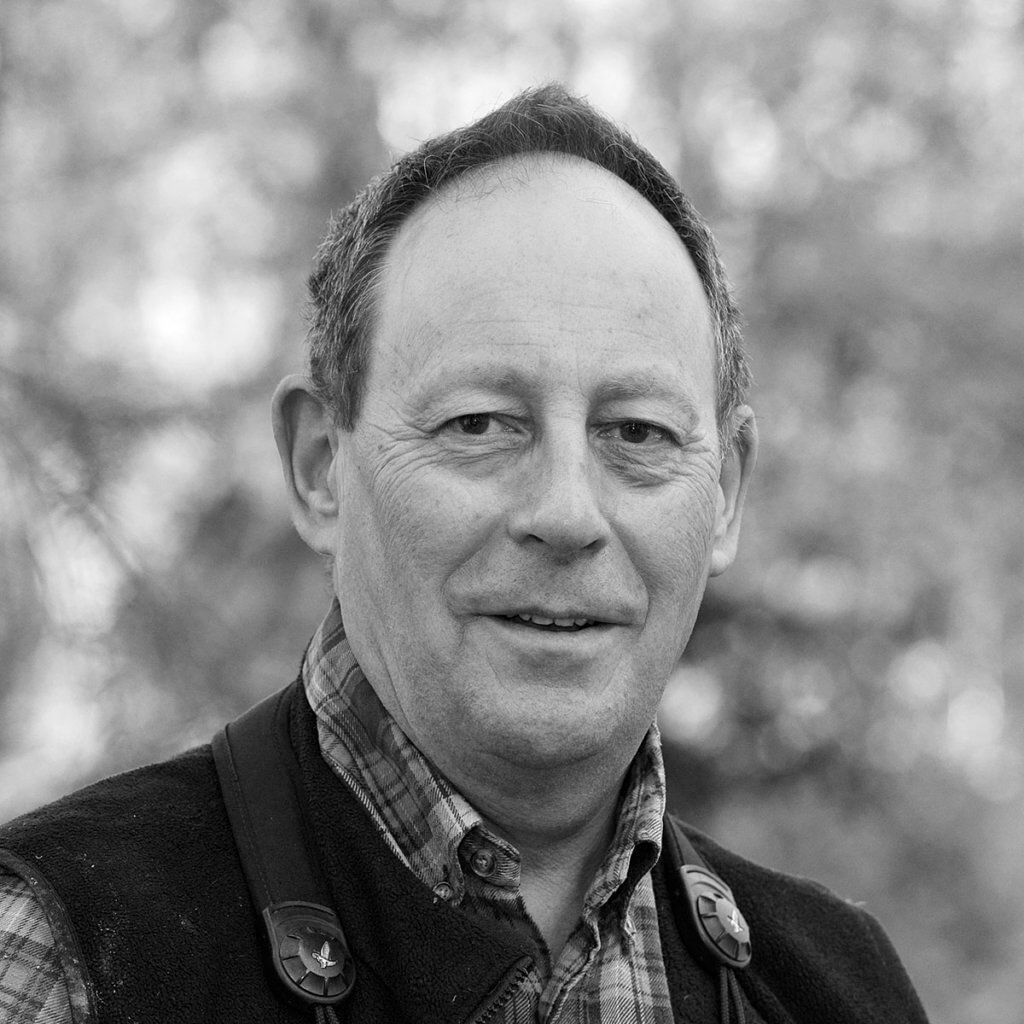 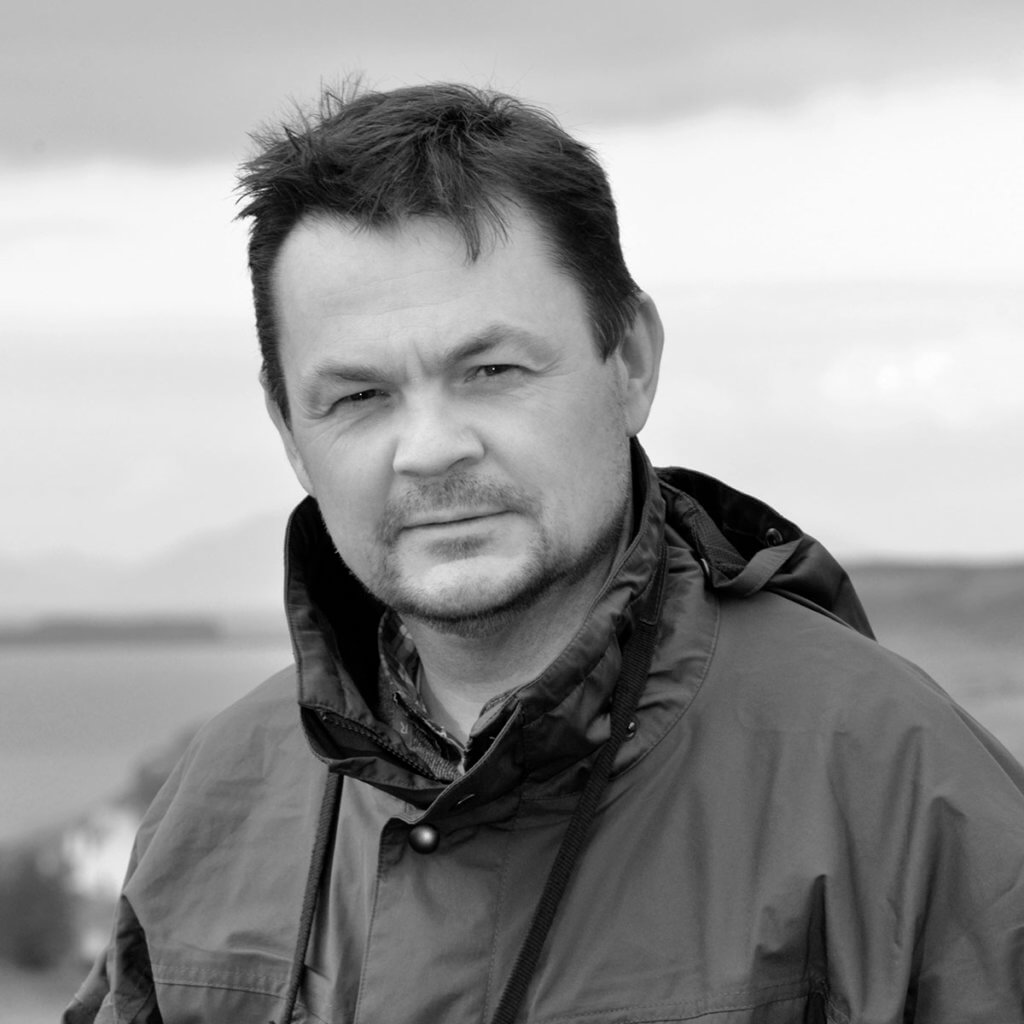 Authors and photographers, Paul and Rob spearhead the international competition Bird Photographer of the Year (BPOTY) whose lead judge is Chris Packham. 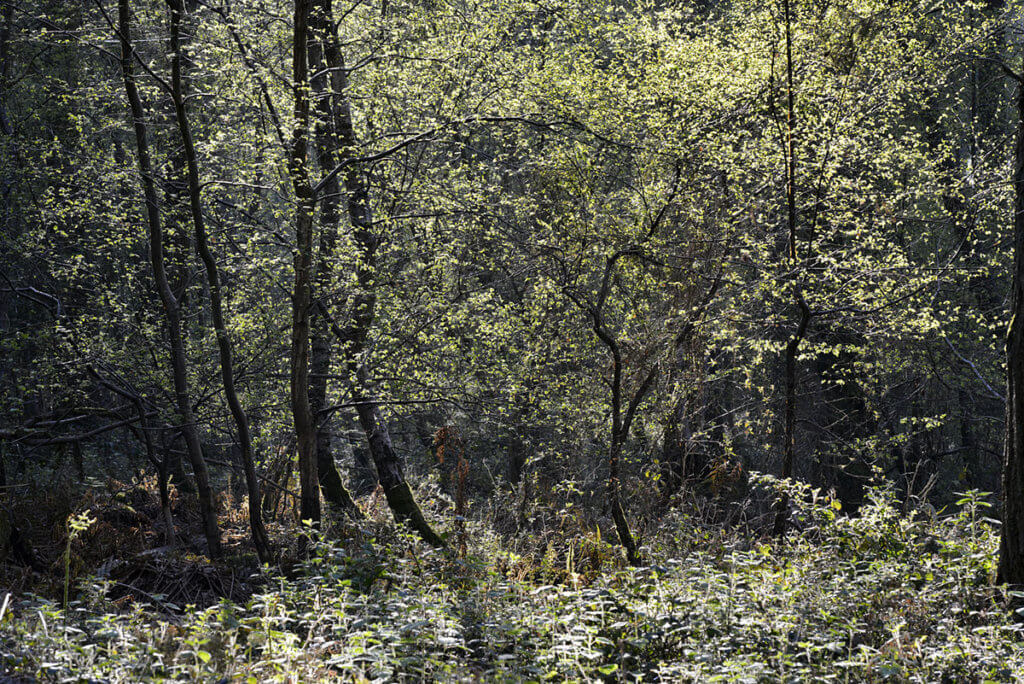 Rob lives in the quaintly-named Hampshire village of Ragged Appleshaw and one of his local patches is nearby Ramridge Copse, an extensive area of woodland that is privately owned but offers permissive access to the public. It is managed by Tilhill Forestry who market themselves as being ‘UK’s leading forestry management and timber harvesting company’. Ramridge Copse falls under the umbrella of Test Valley Borough Council and is listed as a Site of Importance for Nature Conservation (SINC) – their reference TV0168.

Although planted with conifers more than half a century ago, the carpet of Bluebells and extensive Hazel coppice point to the ancient woodland heritage of the site. Mature and coppiced Hornbeams, plus ground flora including Solomon’s-seal, Goldilocks Buttercup, Moschatel, Wood Anemone, Wood-sorrel and Yellow Archangel add further weight to the botanical significance of Ramridge Copse. 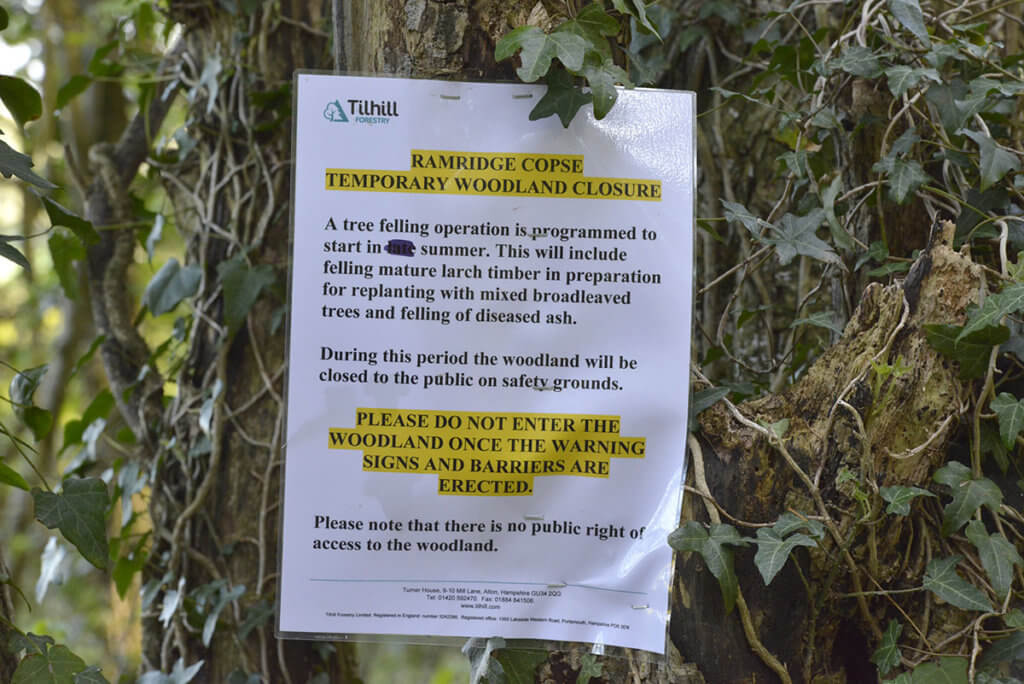 Alarm bells began to ring when notices, pinned to trees, started appearing about access closure and felling work due to take place in the ‘summer’. On talking to the person fixing the notices, Rob was told that work would commence in May. So he contacted Forestry Commission England who had issued a felling licence and asked what they thought about undertaking drastic forestry work at the height of the bird breeding season and just when woodland flowers were at their finest, hence causing maximum damage.

He was told ‘Felling can take place at any time of the year, partly because the investment in jobs and machinery means that a steady flow of work is economically necessary, and also due to the requirement for timber from sawmills. The Wildlife and Countryside Act states that although it is an offence intentionally to kill, injure or take a wild bird or to take or destroy a nest while it’s in use or being built, unless it is the incidental result of a lawful operation that could not reasonably be avoided.’

To anyone with a naturalist’s eye or ear, it is inconceivable that woodland birds would not be nesting in woodland between April and July, particularly a SINC-designated site. And indeed, Rob and I conducted our own informal Common Bird Census on 20 April and without too much effort notched up singing Chaffinch, Willow Warbler, Wren, Robin, Great Tit, Blue Tit, Nuthatch and Treecreeper. It was impossible to walk anywhere in the wood without hearing singing Chiffchaffs and Blackcaps and if more evidence of breeding were needed we encountered a pair of Great Spotted Woodpeckers investigating a dead Ash tree, heard Green Woodpeckers, saw nest-building Long-tailed Tits, a pair of prospecting Stock Doves and Jays carrying nesting material. Plus a pair of Buzzards and a pair of Red Kites were clearly displaying territorial behaviour. Given that any potential raptor nest is going to be 100 feet up in a dense conifer I’m not quite sure how much more evidence of nesting can be gathered by the casual observer. And given the abundance of territorial birds, including ground- and understorey-nesting species, it is hard to imagine that nest destruction will not occur as a direct consequential result of felling during the breeding season, rather than the ‘incidental result’ referred to by Forestry Commission England.

Interestingly, the correspondence from Forestry Commission England went on to say ‘All felling work should be preceded by a series of checks for the presence of certain key wildlife species (known as European Protected Species). These checks should also take account of nesting birds. In the case of most diurnal raptor species, such as hobbies (and all other birds on Schedule 1 of the Wildlife and Countryside Act), this should involve observing an exclusion zone around the nesting site during certain parts of the breeding season. In the case of hobbies, I’ve heard colleagues suggest that this exclusion zone should stop any work within around 250m-300m of the nest.’ 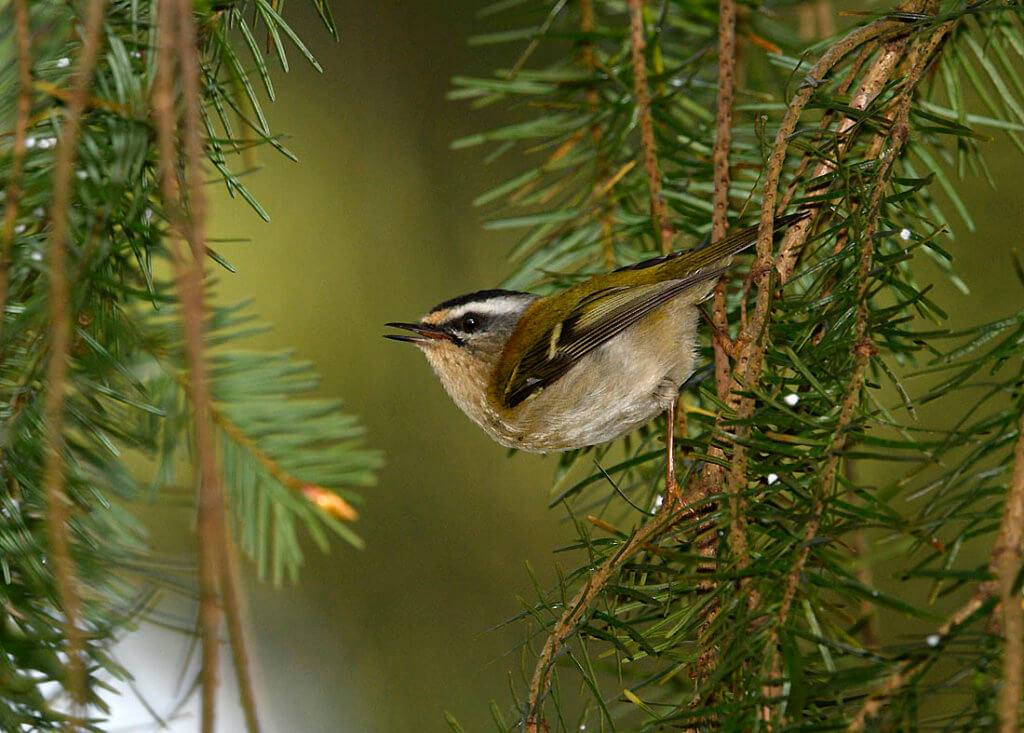 Talking of Schedule 1 birds, our visit on 19 April threw up a surprise. There were a few Goldcrests singing here and there but by far and away the most obvious species was Firecrest. Neither Rob nor I can recall encountering a denser concentration of this Schedule 1 protected species and that includes our regular visits to the New Forest. Once we tuned in our ears, every mature evergreen conifer we stopped at boasted a singing Firecrest and in one location we could hear five while standing in one spot. Firecrests seemed to be everywhere (relatively speaking). When Rob contacted Tilhill to voice our concerns it became clear that (as yet) the ‘series of checks’ referred to by Forestry Commission England have not taken place. It is surely inconceivable that a company that boasts two full-time ecologists could fail to detect Firecrests singing from mature conifers throughout Ramridge Copse.

Elsewhere, I have heard foresters justify undertaking work in spring on the grounds of seasonal accessibility to a site – ie it is too wet in winter. Anyone who knows Ramridge Copse could tell you that this argument wouldn’t hold water, if you’ll pardon the expression. And in any case, if felling work was delayed until, say, late August, after the breeding and flowering seasons had finished, the ground would probably be drier than at any other time of year.

The sceptic in me asks ‘when is a protected species not a protected species?’ And the answer appears to be when it interferes with commerce. Does that sound familiar? The irony in all this is that if Tilhill Forestry’s plan to replace alien conifers with native broad-leaved trees is to be believed and if existing native trees and shrubs were to remain unscathed, then the outcome might well be a positive one for native biodiversity. The issue is one of timing and it seems the height of irresponsible folly to knowingly destroy the nesting sites, and presumably nests too, of Schedule 1 Firecrests (not to mention a host of other species) just for the sake of economic expediency. Birds aside, who knows what will be become of Ramridge’s bats when felling proceeds – well, I think we can guess. Oh, and the site looks eminently suitable for Hazel Dormouse too, the copse being ringed by records of the species if you look at the National Biodiversity Network map.

Rob has written back to Forestry Commission England and Tilhill Forestry to inform them of the amazing discovery that a woodland Site of Importance for Nature Conservation, namely Ramridge Copse, actually harbours woodland breeding birds; and specifically, an abundance of a Schedule 1 species. We look forward hearing their response.

Some readers may remember a recent social media campaign undertaken by Ellie Rothnie to prevent felling at Garth Coppice in Shropshire. Her efforts were rewarded by a 6-month stay of execution for the woods and the promise of a professional wildlife survey. Who were the forestry ‘managers’ responsible for the proposed de-forestation at this site? Step forward Tilhill Forestry. 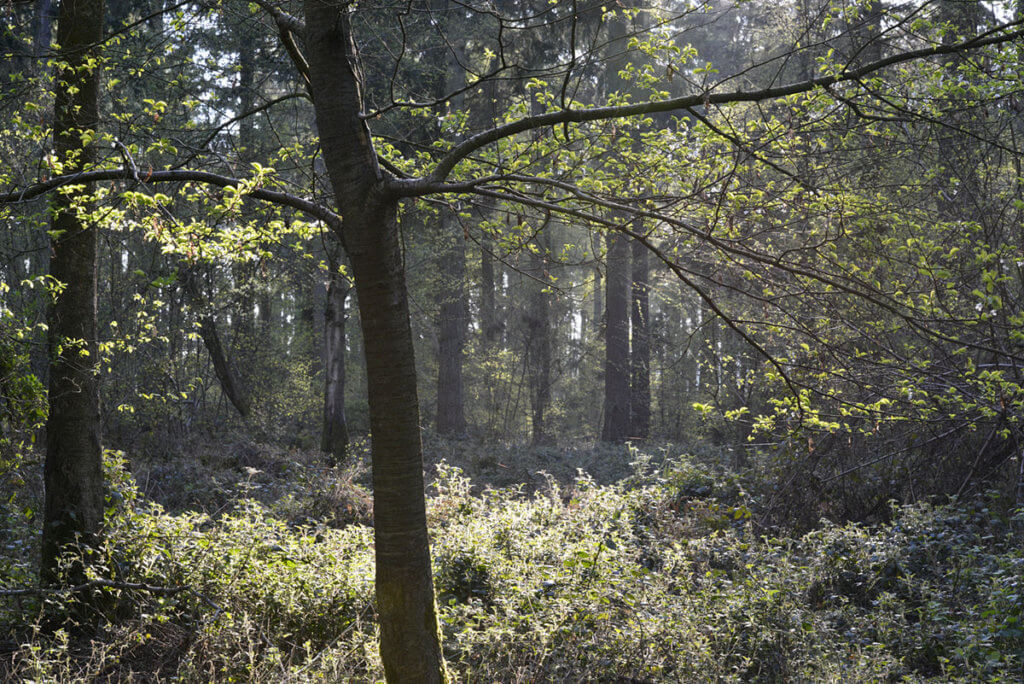 A dam right across the North Sea How Greens Made Australia’s Bushfires Worse