Following the success of the Wild Justice legal challenge over the General Licensing system that Natural England has operated, there has been an outpouring of abuse towards anybody to do with this case (and some who have had nothing to do with it) in the press and on social media. But some of the same people have been professing their undying love of birds.

Their enthusiasm for birds is made slightly less convincing since they are often keen to go out again and shoot them but also because their ability to identify birds correctly is sometimes a bit questionable. 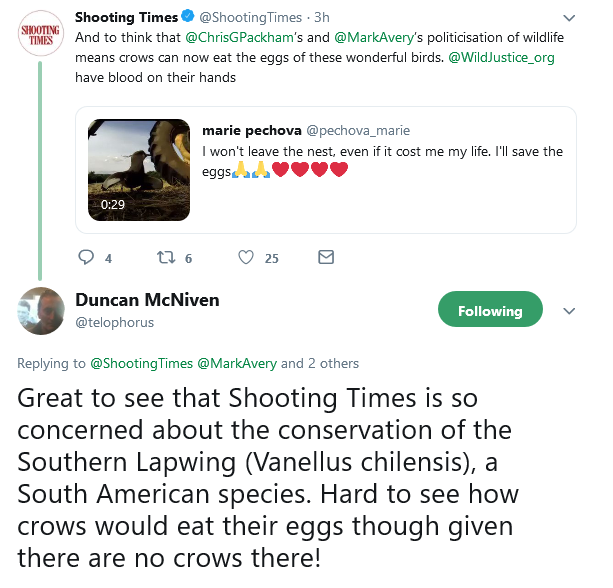 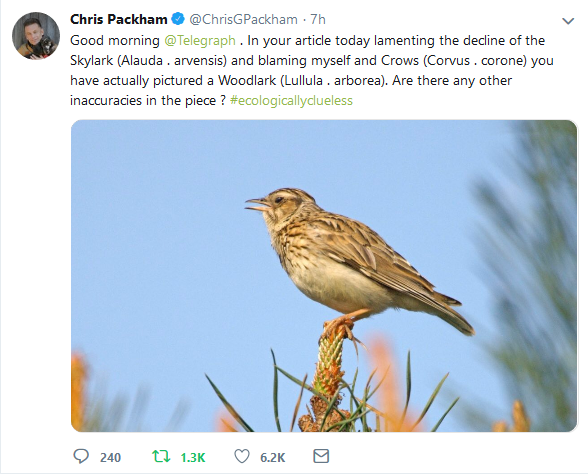 A farmer, with whom I agreed (mostly) on BBC Radio Somerset this morning kept telling the world that Rooks were attacking his sheep and pecking their eyes out. I didn’t embarass him on air by pointing out that these were, if anything, Carrion Crows, but they were.

Wild Justice accepts that farmers should be able to protect their livestock from serious damage but would gently point out that an industry that can’t identify birds is in a bad position to kill them under licence.

Luckily, I see that GWCT will flog anyone some advice on the new General Licences on their roadshow – ‘This is your chance to ask our experts about a range of important issues such as the recent changes to General Licences in England.’. Will that include identification lessons? Perhaps it should.

And if it does then YFTB, self-selected spokespersons for countryside folk, still (ie over 6 months after this was pointed out to them) has two images of not-Hen Harriers illustrating its webpage about Hen Harriers. This cracking male Montagu’s Harrier is beautiful, unmistakable and unmistakably not a Hen Harrier. It’s bad enough shooting protected birds but I hope no-one is shooting the wrong protected birds by accident. Why do the Decorah and Decorah North eagles lay eggs in ice and snow?