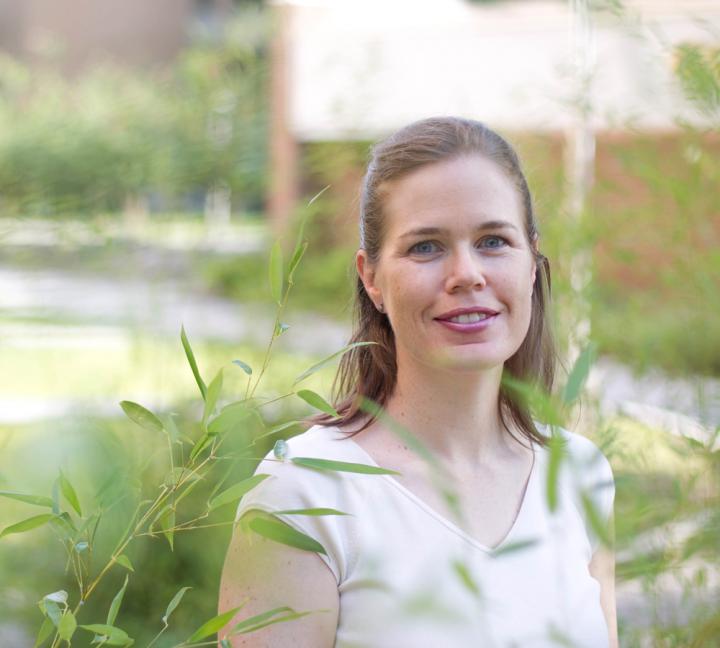 IMAGE: Betsy von Holle, a biologist at the University of Central Florida, led a study that found that 75% of the Atlantic Coast from North Carolina to Central Florida will be… view more

New research shows 75 percent of the Atlantic Coast from North Carolina to Central Florida will be highly vulnerable to erosion and inundation from rising tides by 2030, negatively impacting many coastal species’ nesting habitats.

The new data reflect a 30 percent increase in highly vulnearable areas in the region since 2000, the date of previous projections from the U.S. Geological Survey’s Coastal Vulnerability Index.

The findings come from a study in the The Journal of Wildlife Management, which was led by Betsy von Holle, a biologist at the University of Central Florida.

Some of the coastal species at risk include loggerhead and green sea turtles, threatened species that nest along the shoreline and already face challenges such as an uptick in infectious diseases. According to the study, sea-level rise will increase the risk of erosion in about 50 percent of the nesting areas for those species by the next decade.

“We need to know not only what areas are going to be the most affected by sea-level rise, but also those species most vulnerable to sea-level rise in order to figure out management plans for coastal species,” von Holle says.

Seabirds don’t fare any better, according to the study. High-density seabird nesting habitat along the coast for the gull-billed tern and the sandwich tern is expected to have approximately 80 and 70 percent increased risk of erosion and inundation from sea level rise by 2030, respectively.

Brown pelicans face somewhat less risk, the study showed, with only about 20 percent of their high-density nesting habitats having increased potential for inundation and erosion due to sea level rise. This is possibly because they preferentially nest in higher elevation areas, such as on artificial dredged material islands.

“We’re surprised that there were such big differences in the different species in terms of their vulnerability to sea level rise,” von Holle says.

“When there is erosion and inundation during the reproductive seasons, it has large impacts on species,” she says. “A lot of these species that we studied are threatened and endangered species, so just knowing that sea level rise will be a threat to certain species in the future helps managers figure out how to prioritize their management actions.”

Although sea-level rise is a threat to coastal species, experts say so are human-made structures, such as sea walls, as they prevent the beach from naturally migrating inland. Without those types of structures, the shoreline and coastal species could better adapt to the rising seas, as they have done when faced with the threat in the past.

How they did it

The area includes the Archie Carr National Wildlife Refuge in Brevard and Indian River counties, which is one of the most important loggerhead nesting habitats in the world and the most important green turtle nesting area in the U.S.

Using the updated data, the area of the South Atlantic Bight considered to be highly vulnerable to the effects of sea level rise increased from 45 percent in 2000 to a projected 75 percent by 2030.

The researchers then layered existing geographical data about species’ nesting density onto the vulnerability projections to determine the overlap between coastal species nesting locations and vulnerability to sea level rise by 2030.

Von Holle received her doctorate in ecology and evolutionary biology from the University of Tennessee-Knoxville. She joined UCF in 2007.

The research was funded by the South Atlantic Landscape Conservation Cooperative. Toon of the Week – Off to Save the Planet