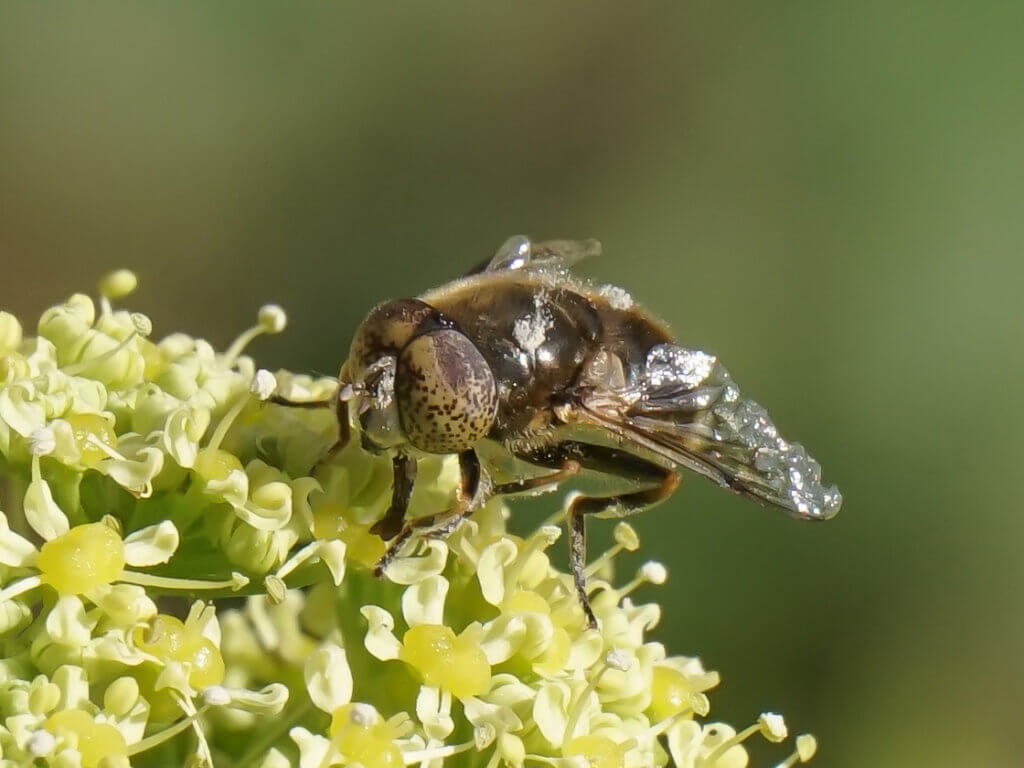 Paul writes: This is one for my “Insects seen while Birdwatching” list. It was at Titchwell at the weekend. After spending time in the first hide watching Avocets I had a quick check on a patch of flowering Alexanders in a sunny spot outside and this is what I found. It’s the first time I’ve seen one so that beat seeing the Avocets, it was only eclipsed as the best species of the day by a Peregrine catching an unfortunate wader.

Eristalinus aeneus is a hoverfly and only one of two UK species with those amazing spotted eyes. It’s about 12mm long with a shiny bronze-black body, the eyes aren’t immediately apparent, you need binoculars to spot them. It’s almost entirely confined to the coast and occurs along most of the UK coastline. The larvae generally feed in rock pools with plenty of rotting seaweed or on saltmarsh. Mainly a summer flying species but the adults can hibernate, so this one must have been woken by the recent warm weather. These Countries Have Prices on Carbon. Are They Working? – New York Times