What will Glover review make of our environmental glories? 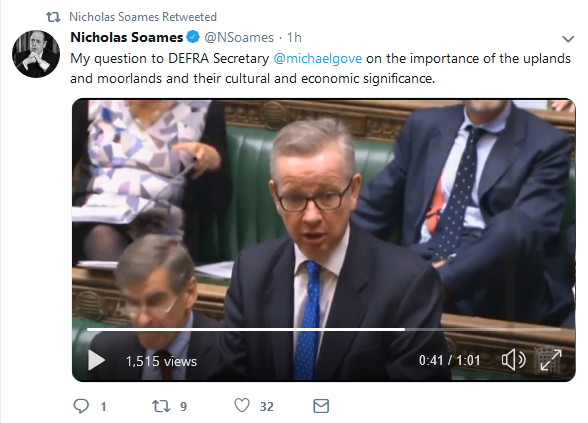 Our uplands are one of our environmental glories

National parks are not delivering for wildlife and are often in worse condition than areas outside the park .

They aren’t being monitored, lack funding and have no clear purpose.

Farming – plus grouse shooting and tourism – are doing so much damage

Julian Glover, who leads the review of AONBs and National Parks (most of which are in the uplands) said

… we’ve done well but we can do even better.  Parks can be more beautiful, enjoyed by more people, better for biodiversity, more supportive of local people

We can’t pretend the conflicts don’t exist and parks have to deal with them every day but that doesn’t mean we can’t deal with them.
A farming policy that puts parks and AONBs first, funds farming but does it to make the landscape and environment better not worse would be a good start

Julian Glover leads a team reviewing the future of AONBs and National Parks for Defra.

It will be interesting to see what they come up with – presumably they have six different drafts on the go depending on what happens with Brexit. This is hardly the thrusting bunch of nature conservationists one might hope for, although all deserve their place on a panel like this. My point is that if you are looking for the spokesperson for the natural world in this panel then they are hard to find – all have nature conservation as a secondary rather than primary interest. And why are they listed in alphabetical order of surname except the ‘keeper is at the bottom of the ladder? Pinpointing the ‘silent’ mutations that gave the coronavirus an evolutionary edge