Why Climate Bullies Are Anathema To Science

For years now, [man-made] climate change skeptics, like myself have dealt with bullying from people on the AGW side of the argument.

There has been constant bickering back and forth between the two sides, and with the current political madhouse, it hasn’t gotten any better. In fact, it seems to be getting worse and worse as time wears on.

One example is very recent. On March 28, meteorologist Eric Holthaus went to the extremes stating that we are headed for “an unlivable world within our lifetimes.”

We’re headed toward an unlivable world within our lifetimes, and nothing we’ve tried to do to stop it is working.

It’s not nihilism I feel — it’s the opposite. It’s an empathy overload.

In response, Michael Palmer, a meteorologist at The Weather Company, stated that he, like me, finds it hard to believe that a trace gas in our atmosphere is going to cause an “unlivable world.”

Imagine living in the greatest time to be alive in human history with unmatched prosperity, opportunity and wellness, and thinking a trace gas is going to make the planet uninhabitable in our lifetime. How did we get here? It’s just sad. https://t.co/uTySENkuWe

Instead of having a kind, scientific discussion on this, Holthaus decided to act like a bully and say… yeah, you can read it below.

Holthaus wasn’t the only keyboard cowboy to chime in on this. Numerous others who are using Twitter without their real name also stated that Michael Palmer is just a “denier,” among other things.

Imagine living in the greatest time to be alive in human history with unmatched prosperity, opportunity and wellness, and thinking a trace gas is going to make the planet uninhabitable in our lifetime. How did we get here? It’s just sad. https://t.co/uTySENkuWe

Hey Palmer, a little advice: Sometimes it’s better to keep your mouth shut and give the impression that you’re stupid than open it and remove all doubt.

LOL @ lecturing anyone when you work for a company that names shitty 2-4″ snowstorms.

Climate change, by technical definition, means a change in the climate for any number of reasons. Those changes do not have to be man-made.

However, the term “climate change” has morphed into a monster. When it is used nowadays, it simply assumes that climate change was man-made, when in reality, that may not be the case.

Earth has been through ice ages, glacial periods, interglacial periods, mini ice ages, and times that have been both much colder and much warmer than the present, and all of that seems to get lost in the sauce.

Now, I don’t have an issue with the man-made climate change theory itself. I really don’t. I get the argument, but you have to understand that observations are failing to match what climate models and scientists have predicted.

Scientists were expecting that we would see an increase in severe weather events, such as tornadoes, hurricanes, heat waves, and drought, yet actual observations show that severe weather is becoming less common and less extreme.

According to a USA Today article (using NOAA‘s data) from December 28, 2018, last year was the first year on record in the United States where there were zero violent tornadoes (EF4 or EF5) (Figure 1).

The overall trend of violent tornadoes is significantly down over the past 69 years.¹

Figure 1. Violent tornadoes by year since 1950. Graph via USA Today.

Both hurricane and tropical cyclone frequency globally (Figure 2) have also seen a downward trend over the past 49 years.²

In fact, between the 2005 and 2017 hurricane season, there were no major hurricane landfalls in the United States. None.

Last summer, meteorologist Dr. Roy Spencer uploaded the graph below (Figure 3) to his blog, which is a plot of the average number of 100 and 105 degree days at 1,114 USHCN stations between 1895 and 2017.³ Notice the downward trend? Yep.

What about drought? Have we seen an increase in droughts? Nope. In fact, the U.S. has been getting wetter since 1895 according to EPA data (Figure 4).⁴

While much of the data shown above is from the United States, it should be noted that there is little data from anywhere else in the world, so I would like to take a moment to thank NOAA for keeping very good climate records.

As the data above shows, you would have a very hard time making the case that carbon dioxide causes extreme weather to worsen because actual observations beg to differ with that assertion.

So, what about warming? Well, it is widely accepted by the scientific community that carbon dioxide is a greenhouse gas, which means that its presence in the atmosphere would result in some sort of feedback, which would be warming.

From previous predictions and from remote sensing temperature datasets like RSS and UAH, I can safely conclude that my thoughts are potentially right about low climate-CO2 sensitivity.

Actual observations show that Hansen’s Scenario C prediction came true in terms of temperatures. However, like Scenario A, the carbon dioxide in the atmosphere has risen considerably since 1988.

What this means is that as the carbon dioxide in Earth’s atmosphere has increased substantially, the temperatures have not really gone up much since 1998 (Figure 6).⁶

Both of these oscillations go through cycles on approximately 60-year time scales, changing from one phase to the other approximately every 30 years.

If you align the AMO, for instance, you will see how there is a very strong correlation between the two (Figure 7).⁷ 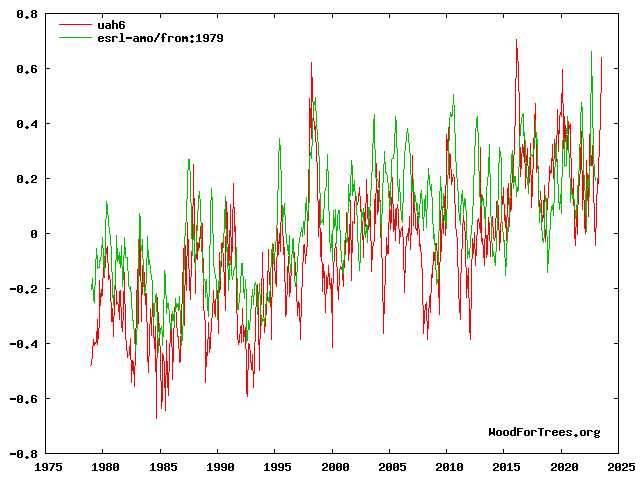 Figure 7. UAH 6.0 overlayed with the AMO. Graph via Wood For Trees.

However, when you plot carbon dioxide, there is a big disconnect. There is a very weak correlation (Figure 8).⁸ 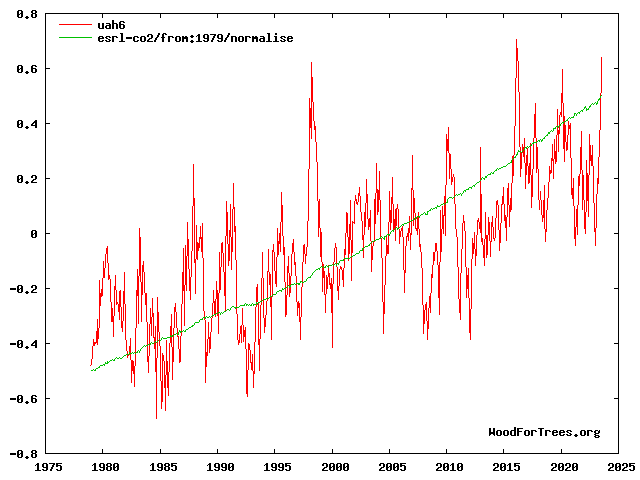 Figure 8. UAH 6.0 overlayed with the AMO. Graph via Wood For Trees.

One rule of thumb in science is that you should never assume that correlation means causation. However, scientists are well aware, more than you think, that the AMO (and PDO) have very large influences on global weather patterns and multidecadal changes in climate.

While I understand the CO2 argument, it doesn’t add up considering that for one, observations fail to match many past predictions, and for two, the climate system is so dynamic, that climate can change for any number of reasons.

You have to ask yourself; does an increase in one CO2 molecule per 10,000 molecules of air (or a total of four molecules of CO2 per 10,000 air molecules) really have such a pronounced effect that it outdoes the effects of solar changes, ocean cycles, and random events like volcanic eruptions?

Humans have indeed modified the climate in some way through land use changes and urbanization. We can’t turn Earth into a concrete slab without having some consequences.

Regardless of whether the climate is sensitive to increases in carbon dioxide or not, scientists and people in the general public should not resort to personal attacks and bullying to get their point across.

A great meteorologist once told me, “The moment labels are applied seems like discussion shuts down.” That is a very important quote from an excellent meteorologist.

The politically driven ideology that everything humans do harms the planet is a very scary notion, and it needs to be stopped in its tracks before things get dangerous.

Please be safe, care for your loved ones, and God bless!

Flamingoes, elephants and sharks: How do blind adults learn about animal appearance?