Farmers Weekly corrects itself – after a nudge 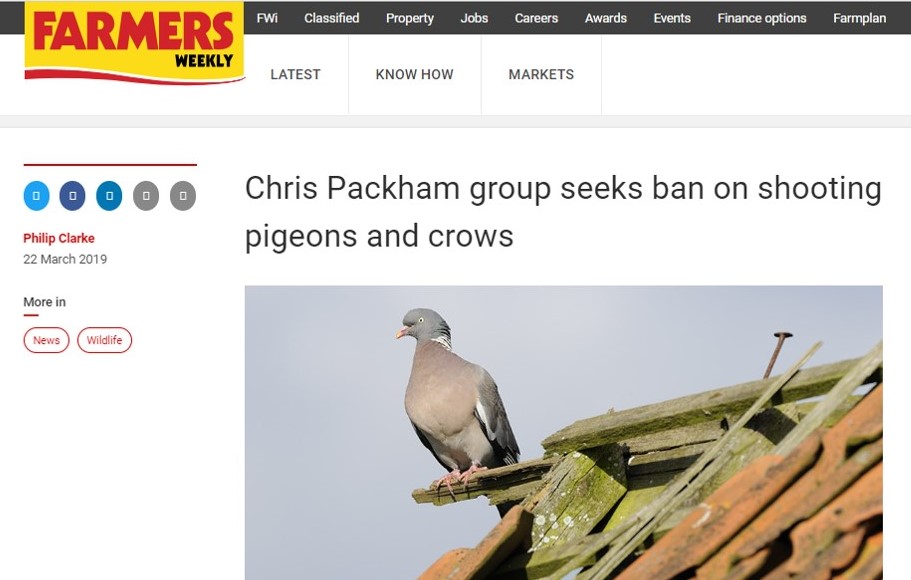 We sent them the following letter early today, and had a nice chat with them, and they’ve changed the article in response to our letter.

Your article on Wild Justice’s legal challenge of the General Licences (Chris Packham group seeks ban on shooting pigeons and crows, 22 March) contained mistakes – perhaps because you did not talk to us before writing it.

Wild Justice was founded by three people but you inexplicably omitted Dr Ruth Tingay, scientist, campaigner and blogger whilst mentioning both myself and Chris Packham. Was this casual sexism or simply inattention to detail?

Your headline states that Wild Justice ‘seeks a ban on killing of crows and pigeons’ – not true! Our legal challenge is that the current system of ‘authorising’ such killing is itself unlawful and that if Natural England wishes for crows and pigeons to be killed then it will have to introduce a lawful system to ensure that such killing is only carried out when non-lethal methods have failed and under the conditions set out in the legislation which includes serious damage to crops.

Our legal advice is that farmers and gamekeepers have been rather casually killing millions of birds under a false impression that this is legal for nearly 40 years.

In our nice chat with FW we suggested to them that they should get a definitive answer from NE on whether they were fighting this case or fleeing – because we don’t know! FW also asked us what we would like to see NE/Defra do – and we said that we’d like to see them introduce a legal system and we looked forward to seeing what it will be.

FW said that NE said that they were going to review the licensing system as planned – and we pointed out that this ‘plan’ was a complete secret until we started our legal challenge – bit of a coincidence or what? And that this review still doesn’t have a start date, an end date or any details – it’s almost as though NE are thinking it up on the hoof, as it were. 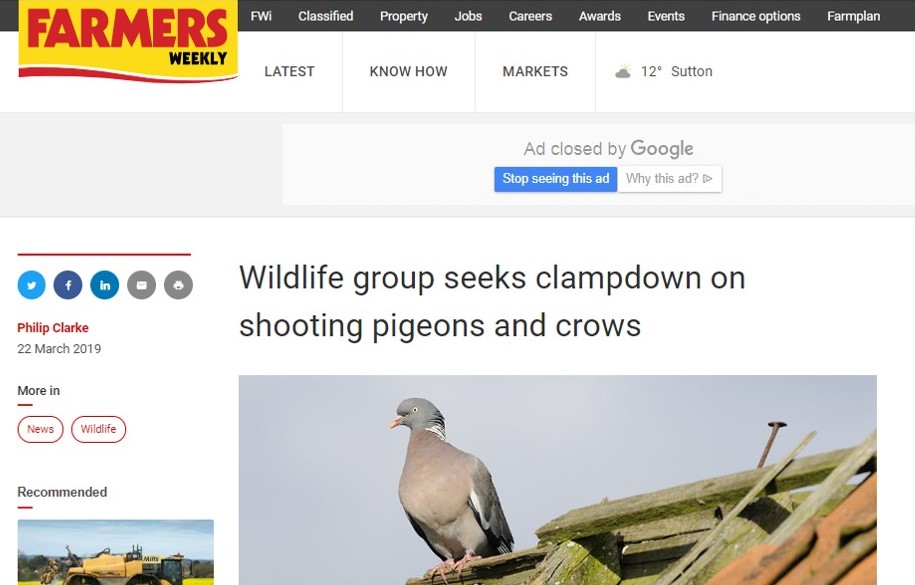