Enough scandalous time-wasting on climate change. Let’s get back to the facts | Lenore Taylor 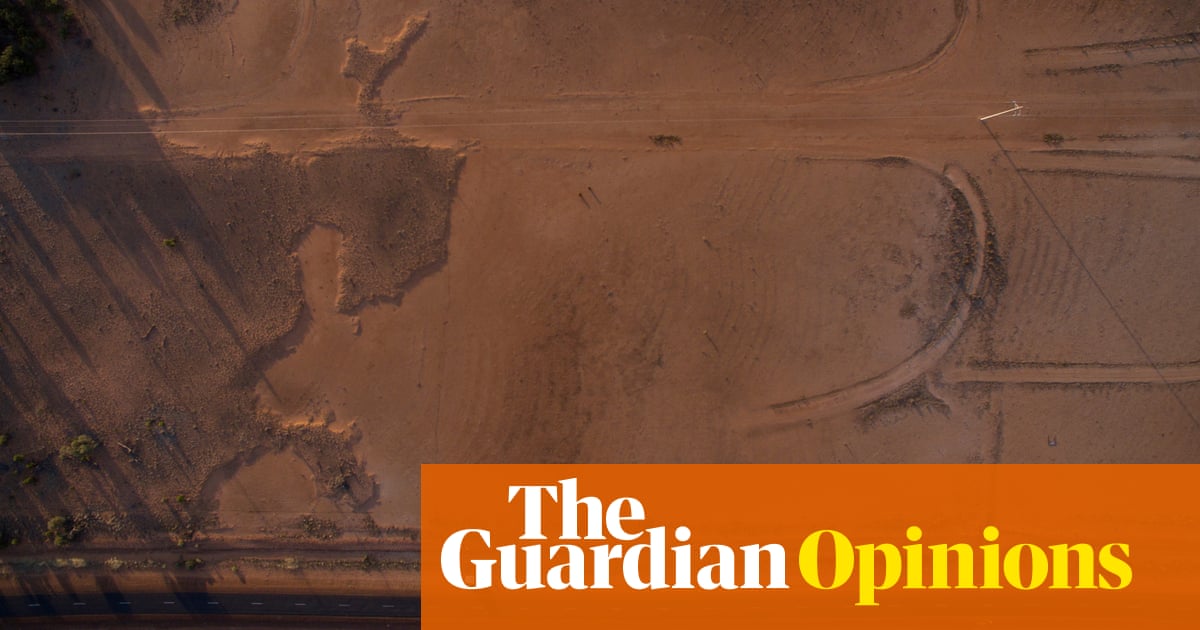 Over the past 30 years I have reported so many broken climate policy promises and quoted so much rhetoric that proved to be hollow, it is difficult to trace it back to the start. I think it’s a faded press release from 11 October, 1990 headed “government sets targets for reductions in greenhouse gases”.

“The government recognises the greenhouse effect as one of the major environmental concerns facing the world,” said Ros Kelly, Bob Hawke’s environment minister. “This decision puts Australia at the forefront of international action to reduce emissions of all greenhouse gases.”

We knew we had to do something almost three decades ago. Children have grown to adulthood and had their own children during the time we have known, and done not very much.

We were then, apparently, going to meet our target through “no regrets” actions – things that made sense for other environmental reasons as well as climate concerns. We didn’t meet it. We haven’t ever met any of a succession of greenhouse gas reduction targets by actually reducing our greenhouse gas emissions, which continue to rise, still. No regrets? At the forefront? If only.

1990 was the year the first Intergovernmental Panel on Climate Change report made clear predictions – of higher temperatures, changes in rainfall patterns and impacts on agriculture.

They are no longer predictions. They are our reality now. We just endured the hottest summer on record. In Port Augusta the thermometer hit 49.5 degrees. Across the country more than 200 temperature records were broken. Nine of the 10 warmest years in Australia’s records have occurred since 2005. Communities have no water. Flying foxes are dropping dead from the trees. Up to a million fish have died in the parched Murray-Darling – an ongoing environmental, social and economic catastrophe. We have been warned that without urgent action, the Darling will die. The bushfire season is starting earlier and different kinds of forests are burning, one in Tasmania stands over 1,000 years old. Flooding is more frequent and rainfall patterns are changing. Our ecosystems are being driven to collapse.

For all those decades some politicians tried and failed to act, because others tried harder and succeeded in preventing it. For a brief moment we had a carbon price, and greenhouse emissions did fall, but then it was abolished, ostensibly in the name of reducing the price of groceries and services, which had never risen much in the first place, but mostly in the cynical interests of trying to win an election.

There were various other attempts at credible policy over the years, from across the political spectrum, as well as some spectacularly bad ones, but in the end effective policy was mostly washed away by political timidity, outright ignorance and the well-financed lobbying efforts of mining companies determined to delay the eventual phasing-out of coal.

But as the evidence of a changing climate defies denial, those who have spent careers delaying or refuting the need for action have untethered their arguments from fact. Climate policy is no longer a real “debate” about the existential threat at the heart of the issue, and competing ideas about how to address it, but rather it has become a proxy for an ongoing war of attrition, in particular between the Coalition’s moderates and conservatives, stripped of policy meaning to become a vacuous argument about being “for” or “against” fossil fuels.

They sow uncertainty and sometimes they descend to farce, such as citing Dorothea MacKellar’s poetic reference to “droughts and flooding rains” in refutation of scientific fact or claiming that renewable energy will “kill” night sporting fixtures.

They ignore or misquote their own advice to persist with the blind belief that building new coal-fired power stations is the only way the nation can secure affordable, reliable power. They claim, for example, that the energy market operator backs investment in coal-fired power, when in fact its modelling says the opposite. And, just for the record, as Guardian Australia’s Katharine Murphy has pointed out, the Australian Competition and Consumer Commission didn’t recommend it either. No one has, because underwriting a coal-fired power station and indemnifying it against any future climate measures makes no economic sense.

But the government – including its resources minister – is persisting with its faith in new plants, even as the mining and power companies that have profited richly from coal fired power for years, and spent millions on secret public relations campaigns trying to prolong its use, are conceding the gig is up.

Even more bewilderingly, it is persisting with the idea even as it seeks to build credentials with an electorate increasingly concerned about global warming, informed by what they are seeing and reading about current events, and what they are experiencing in their lives.

The prime minister who once fondled a lump of coal in the parliament, is brandishing a “climate solutions package”, the contradiction most baldly evident in the fact that he is now simultaneously advocating taxpayer support for renewable projects that rely on coal-fired power stations closing, and also taxpayer support for opening new ones.

We’ve seen this eleventh hour conversion before – when John Howard reluctantly said he would introduce an emissions trading scheme in 2007, faced with rising voter concern after the millennial drought. (He later admitted he did it only because of the political pressure, and never really believed in the idea.)

At Guardian Australia, we think it is time, a long way past time, to take a breath and go back to the facts. We’ve tried to do this all along, of course, but at this crisis point we want to take stock of what is already happening – things we know about but need to understand better, such as the crisis in the Murray-Darling – and also consequences of climate change that are less well known or just emerging. We want to look at the latest forecasts and what they mean for our lives, our communities and our environment, and – putting the political rhetoric and posturing aside – assess the policies for emission reduction and adaptation and the broader impacts and consequences.

Regret, at this point, is unavoidable: regret that Australia has been a drag on global efforts to address climate change, regret for having scrapped so long that the cost and disruption of doing what we must has risen and will be borne largely by our kids, regret for the billions of dollars wasted on half-baked policies, regret for the scandalous waste of time and effort and opportunity.

But given what’s at stake, it can’t be too late to regroup, and assess the facts, to inform the most sensible path from here.

Photo: Black-tailed jackrabbit is all ears