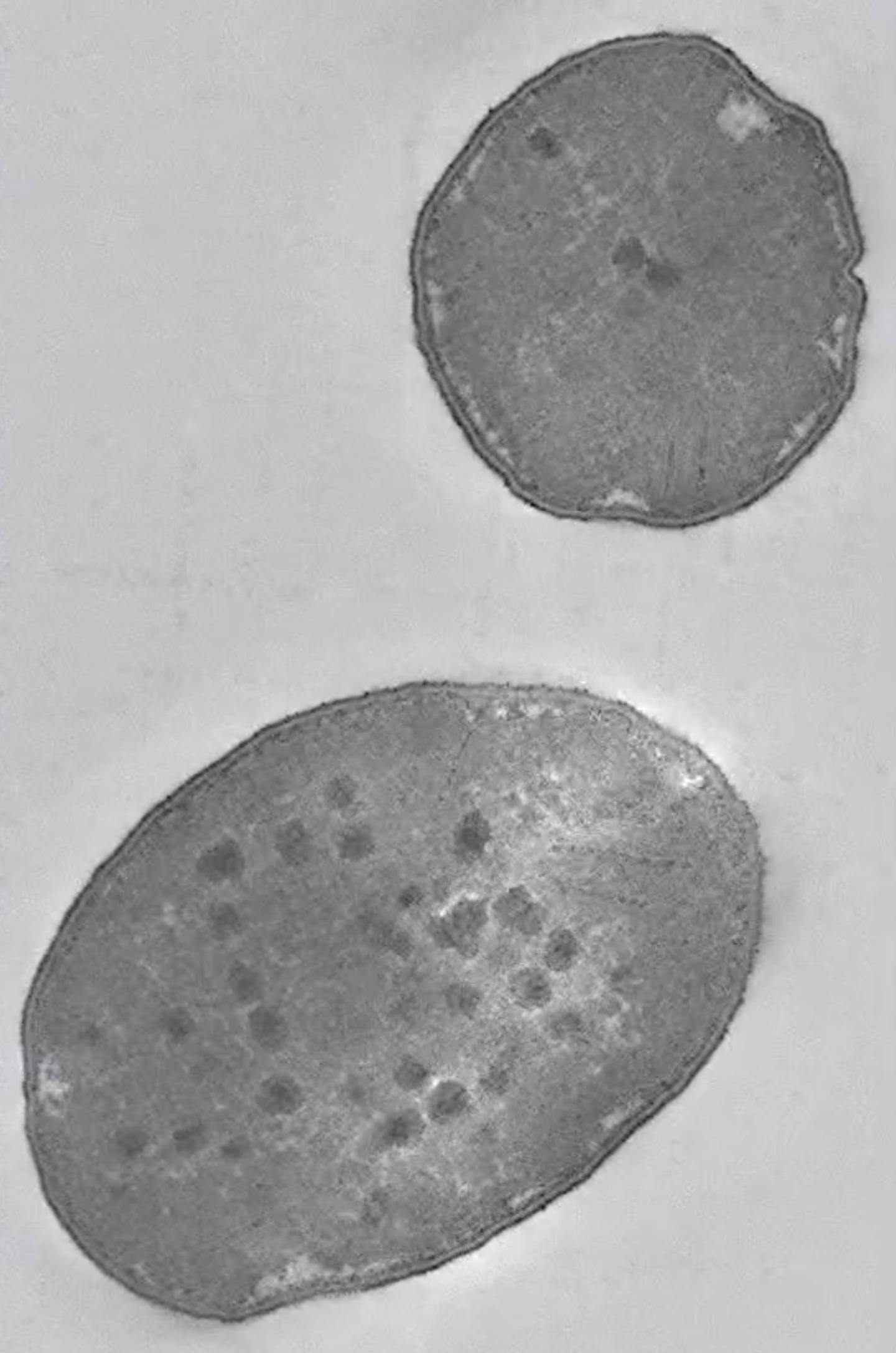 3.5 billion years ago Earth hosted life, but was it barely surviving, or thriving? A new study carried out by a multi institutional team with leadership including the Earth-Life Science Institute (ELSI) of Tokyo Institute of Technology (Tokyo Tech) provides new answers to this question. Microbial metabolism is recorded in billions of years of sulfur isotope ratios that agree with this study’s predictions, suggesting life throve in the ancient oceans. Using this data, scientists can more deeply link the geochemical record with cellular states and ecology.

Scientists want to know how long life has existed on Earth. If it has been around for almost as long as the planet, this suggests it is easy for life to originate and life should be common in the Universe. If it takes a long time to originate, this suggests there were very special conditions that had to occur. Dinosaurs, whose bones are presented in museums around the world, were preceded by billions of years by microbes. While microbes have left some physical evidence of their presence in the ancient geological record, they do not fossilize well, thus scientists use other methods for understanding whether life was present in the geological record.

Presently, the oldest evidence of microbial life on Earth comes to us in the form of stable isotopes. The chemical elements charted on the periodic are defined by the number of protons in their nuclei, for example, hydrogen atoms have one proton, helium atoms have two, carbon atoms contain six. In addition to protons, most atomic nuclei also contain neutrons, which are about as heavy as protons, but which don’t bear an electric charge. Atoms which contain the same number of protons, but variable numbers of neutrons are known as isotopes. While many isotopes are radioactive and thus decay into other elements, some do not undergo such reactions; these are known as “stable” isotopes. For example, the stable isotopes of carbon include carbon 12 (written as 12C for short, with 6 protons and 6 neutrons) and carbon 13 (13C, with 6 protons and 7 neutrons).

All living things, including humans, “eat and excrete.” That is to say, they take in food and expel waste. Microbes often eat simple compounds made available by the environment. For example, some are able to take in carbon dioxide (CO2) as a carbon source to build their own cells. Naturally occurring CO2 has a fairly constant ratio of 12C to 13C. However, 12CO2 is about 2 % lighter than 13CO2, so 12CO2 molecules diffuse and react slightly faster, and thus the microbes themselves become “isotopically light,” containing more 12C than 13C, and when they die and leave their remains in the fossil record, their stable isotopic signature remains, and is measurable. The isotopic composition, or “signature,” of such processes can be very specific to the microbes that produce them.

Besides carbon there are other chemical elements essential for living things. For example, sulfur, with 16 protons, has three naturally abundant stable isotopes, 32S (with 16 neutrons), 33S (with 17 neutrons) and 34S (with 18 neutrons). Sulfur isotope patterns left behind by microbes thus record the history of biological metabolism based on sulfur-containing compounds back to around 3.5 billion years ago. Hundreds of previous studies have examined wide variations in ancient and contemporary sulfur isotope ratios resulting from sulfate (a naturally occurring sulfur compound bonded to four oxygen atoms) metabolism. Many microbes are able to use sulfate as a fuel, and in the process excrete sulfide, another sulfur compound (Figure 1). The sulfide “waste” of ancient microbial metabolism is then stored in the geological record, and its isotope ratios can be measured by analyzing minerals such as the FeS2 mineral pyrite shown in Figure 2.

This new study reveals a primary biological control step in microbial sulfur metabolism, and clarifies which cellular states lead to which types of sulfur isotope fractionation. This allows scientists to link metabolism to isotopes: by knowing how metabolism changes stable isotope ratios, scientists can predict the isotopic signature organisms should leave behind. This study provides some of the first information regarding how robustly ancient life was metabolizing. Microbial sulfate metabolism is recorded in over a three billion years of sulfur isotope ratios that are in line with this study’s predictions, which suggest life was in fact thriving in the ancient oceans. This work opens up a new field of research, which ELSI Associate Professor Shawn McGlynn calls “evolutionary and isotopic enzymology.” Using this type of data, scientists can now proceed to other elements, such as carbon and nitrogen, and more completely link the geochemical record with cellular states and ecology via an understanding of enzyme evolution and Earth history.

Tokyo Tech stands at the forefront of research and higher education as the leading university for science and technology in Japan. Tokyo Tech researchers excel in fields ranging from materials science to biology, computer science, and physics. Founded in 1881, Tokyo Tech hosts over 10,000 undergraduate and graduate students per year, who develop into scientific leaders and some of the most sought-after engineers in industry. Embodying the Japanese philosophy of “monotsukuri,” meaning “technical ingenuity and innovation,” the Tokyo Tech community strives to contribute to society through high-impact research. http://www.titech.ac.jp/english/

Launched in 2012, ELSI is one of Japan’s ambitious World Premiere International research centers, whose aim is to achieve progress in broadly inter-disciplinary scientific areas by inspiring the world’s greatest minds to come to Japan and collaborate on the most challenging scientific problems. ELSI’s primary aim is to address the origin and co-evolution of the Earth and life.

The World Premier International Research Center Initiative (WPI) was launched in 2007 by the Ministry of Education, Culture, Sports, Science and Technology (MEXT) to help build globally visible research centers in Japan. These institutes promote high research standards and outstanding research environments that attract frontline researchers from around the world. These centers are highly autonomous, allowing them to revolutionize conventional modes of research operation and administration in Japan. Music was form of resistance for women during Civil Rights Movement