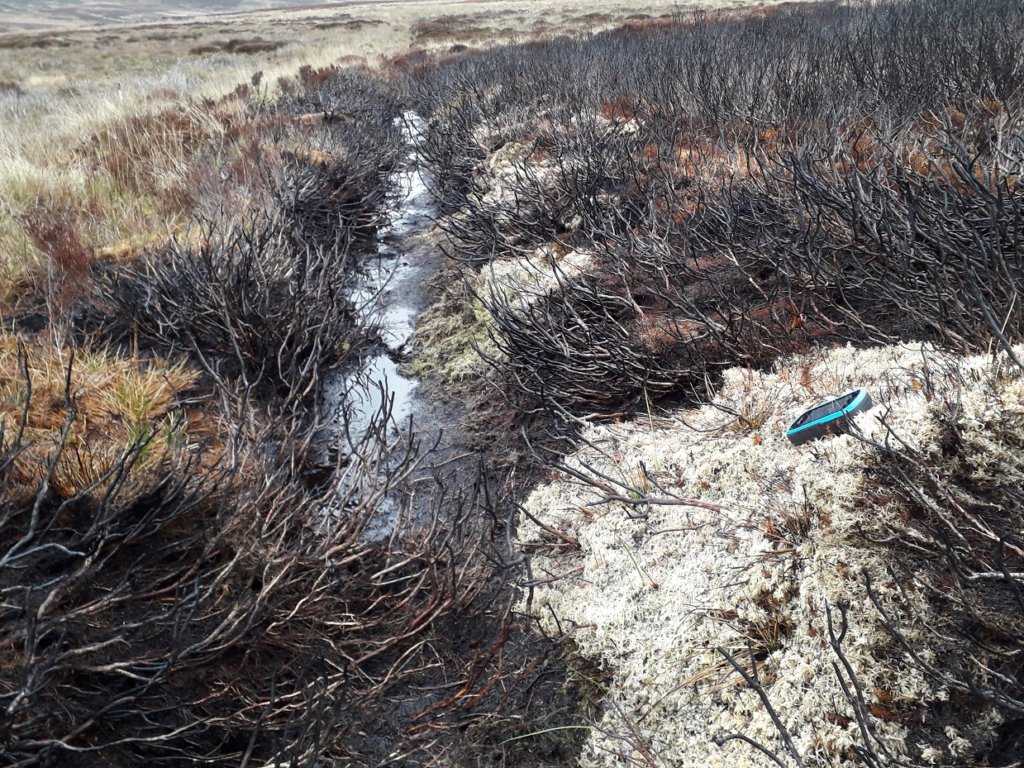 Natural England has outlined proposals for the restriction of burning but what difference will we see in our uplands? A Freedom of Information request has revealed the following:

There is a complicated series of consents which currently allow burning to take place on blanket bog. NE say “The consents will be individually modified or revoked. Consent holders may be the land owner, a tenant or grazier. In some cases therefore there are multiple consents held on the same land. All rotational burning permissions will be removed”.

What is the timescale? NE say “Natural England is following a voluntary approach to revoking or modifying all consents for rotational burning on blanket bog habitat (on deep peat >40cms) within Special Areas of Conservation (SAC) designated areas. The work programme deadline is June 2019”.

Q Please give details of how these consents will be revoked in particular will it be via a change in legislation or by negotiation with landowners? If this is by negotiation what steps will NE take if a landowner objects to a burning consent being revoked? NE say “The preference is to follow a voluntary approach, negotiating with consent holders to relinquish any permission for rotational burning on blanket bog habitat (on deep peat >40cms) within SAC designations. The voluntary approach has a deadline of June 2019. After this point legislative or regulatory mechanisms may be developed and applied to remove the outstanding consents. Natural England is working with Defra Policy colleagues to identify what these mechanisms will be”.

This all sounds very reasonable but we need to remember that Michael Gove apparently offered to cover the flanks of the grouse shooting industry. Given all the issues surrounding Brexit, the timetable for implementing these changes creeps ever closer to the point where the government will be able to ignore European Directives. How long does it take Defra to develop a legislative or regulatory mechanism? Years – if the example of implementation of international humane trapping standards covering the use of Fenn traps is anything to go by.

It’s also important to note these proposals will not stop all burning – it will continue on dry heath and thin soils. So how will the two habitats be identified? In practice this is difficult because a hundred years of rotational burning has dried out blanket bog to make it look like dry heath. There is also the confusing issue of landscape scale maps of blanket bog which have not been produced from ground surveys measuring peat depths. The Defra answer is to leave identification of blanket bog in the capable hands of our guardians of the countryside – the gamekeepers:

Q. Will Natural England define what constitutes blanket bog (soil type, soil depth, vegetation etc) so landowners know exactly which areas should not be rotationally burnt? If so please provide this definition. And/or will areas of blanket bog be defined by map – if so what map? “Blanket bog is ‘rain-fed peat bog that blankets the landscape where the depth of peat is 0.4m or greater’. In some cases this habitat will be defined by a map. Usually this will be a bespoke site based map derived from local habitat and / or peat depth survey. In other cases land managers will be assessing peat depth prior to carrying out management to confirm whether or not the habitat is blanket bog according to the definition provided”.

This is an example of this season’s burning at Bradfield Moors: 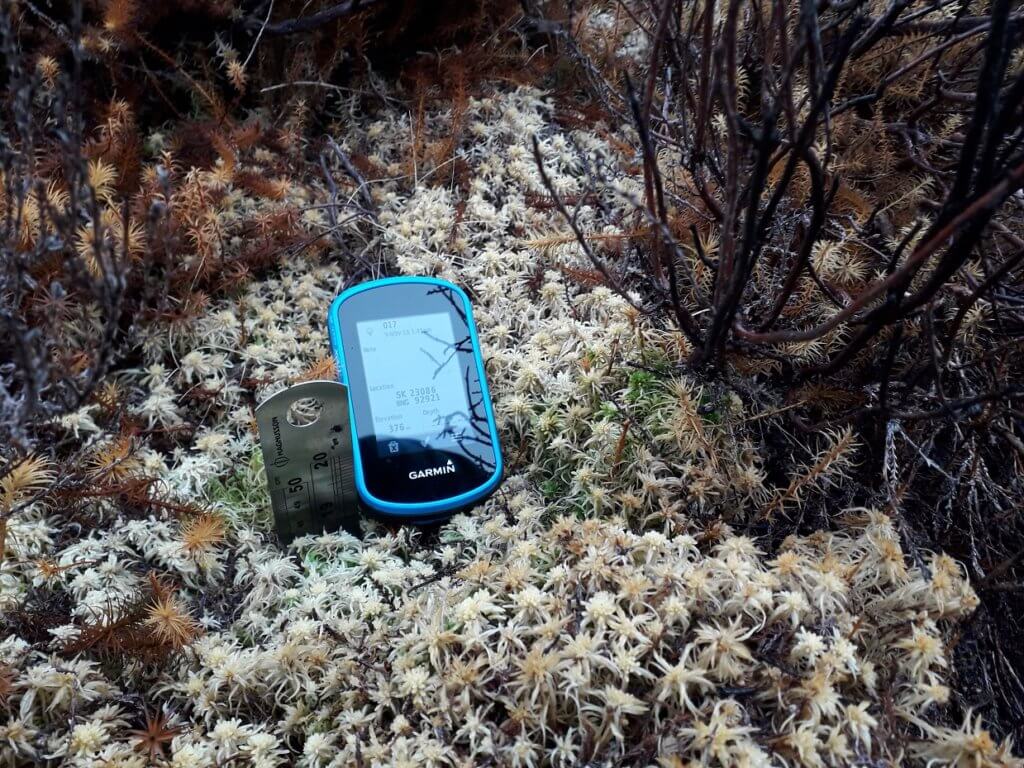 This estate featured on BBC R4’s Open Country programme “Moorland on the Mend” where a new remote controlled heather mower was demonstrated by Moors for the Future. The gamekeeper was interviewed and tells us burning deep peat is “temporarily banned”. I’ve listened to the recording several times to verify this. As we can see he’s burnt deep peat with a cover of sphagnum, in other words blanket bog. And what does he know that we don’t? Has Michael Gove told these estates that the ban on burning blanket bog will only be temporary?

Then there is the get out clause of restoration burning. Natural England have provided a guidance note which at least tells us “Rotational burning of vegetation on blanket peat has negative environmental consequences”. Once again this is guidance not regulation. The factors determining a restoration burn are vague and any evidence of habitat will be destroyed by the fire. Land Managers, in effect the gamekeepers, are asked to assess the vegetation in 25 quadrats (0.5m x 0.5m) for each potential burn site with GPS refs recorded for the quadrats and the total area of the burn. If the quadrats show 75% of say heather coverage and no sphagnum then the burn can go ahead. And all this will be monitored and regulated by Natural England field officers. But as far as I can make out the latest reshuffle of roles at NE has resulted in all local officers responsible for SSSI units being removed from the field. Please tell me I’m wrong. Existing old style management plans for these estates have asked that all burn locations are recorded and it’s obvious this is not done. So what hope for a system that requires 29 GPS locations to be recorded for each burn? Not much and the environment will suffer as a result. The reality on the ground is this guidance gives landowners carte blanche to burn as much blanket bog as they like as long as they sprinkle a bit of sphagnum afterwards.

And what about the areas outside this framework? Thurlstone Moor is owned by Yorkshire Water and is part of a £2 million restoration project. The moor is outside the SAC but is mapped on Magic as blanket bog. I didn’t need a ruler to confirm this – the ground has that springy feel that shows you are walking on deep peat. Water companies have made significant contributions to restoration work but Moors for the Future are also involved via the HLS scheme which suggests public money is involved as well. The restoration work has been mowing and reseeding areas and at the same time the gamekeepers have been burning blanket bog with a total of around 50 burns this season. 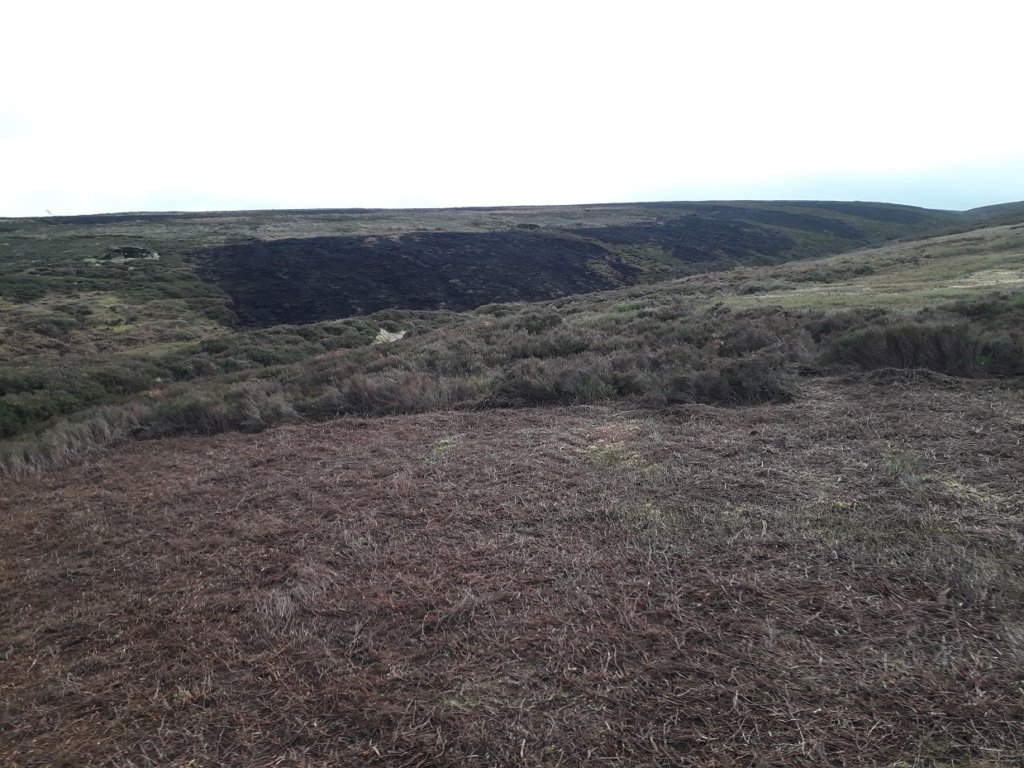 I wrote to Yorkshire Water’s Estates manager and received a reply from the Political Engagement Manager. There is a campaign to ban grouse shooting on Yorks Water land and the Utility obviously regards this as political. So maybe I need to address you all as ‘comrade’ as we fight this political campaign. Yorkshire Water don’t own the sporting rights to the land, and I’ll say a bit more about that below, but this is what they had to say: “We therefore need to work closely with owners of shooting rights in order to influence how they manage the land. We have had some success in this regard and there has been definite movement from many land managers towards recognising that that a healthy blanket bog can deliver the outcomes that everyone needs. That said, in some situations burning can still be a legitimate land management tool if best practice is follows”.

So we are talking about an area that is mapped as 100% blanket bog and Yorks Water are still saying that burning might be acceptable. Grips (or drainage ditches) have still not been blocked and this is common on grouse moors even when restoration has been completed. 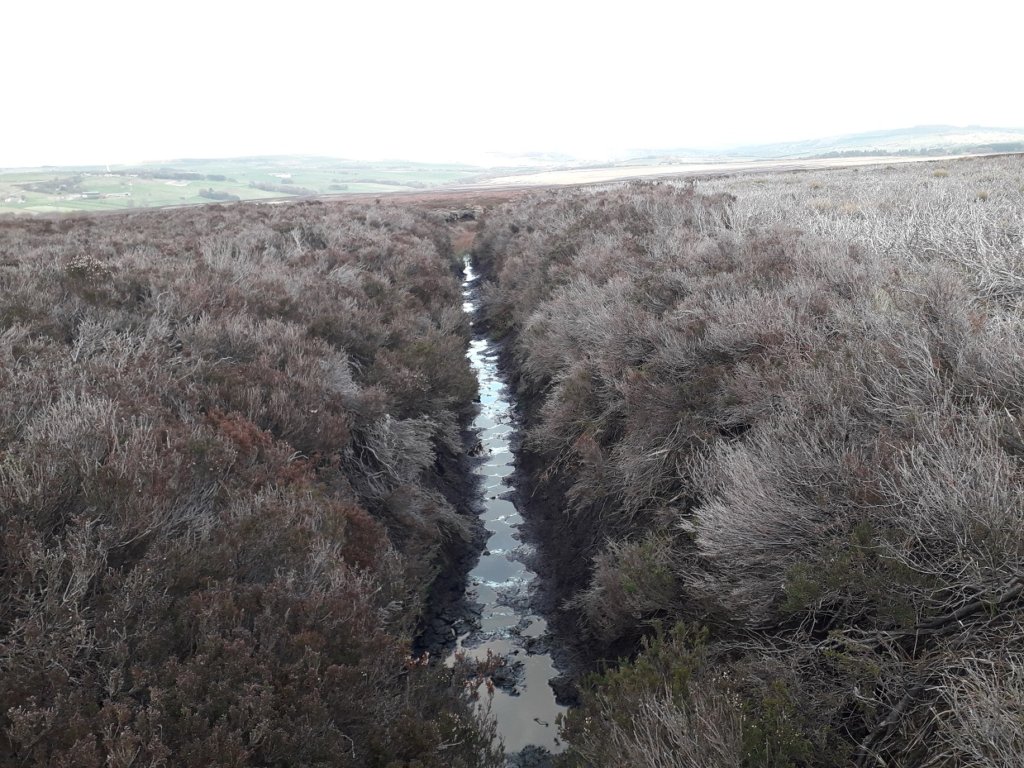 Moors for the Future have provided data on the volume of sediment and cost of treatment of raw water at the Bamford water treatment works with a catchment of mainly National Trust land and a little bit of Moscar Estate. Figures are from the bad old days of 2010/11 before extensive restoration work and when burning was routine:

The run off from Thurlstone Moor will be equivalent to these figures and interestingly Yorkshire Water has not published comparable data from the nearby Langsett treatment works. It’s clear from any number of sources that this recent hot burn at Long Grain Head will release a lot of carbon into the atmosphere, increase sediment in drinking water and heighten flood risk as this is part of the Upper Don Catchment within Sheffield’s £80 million flood defence scheme. 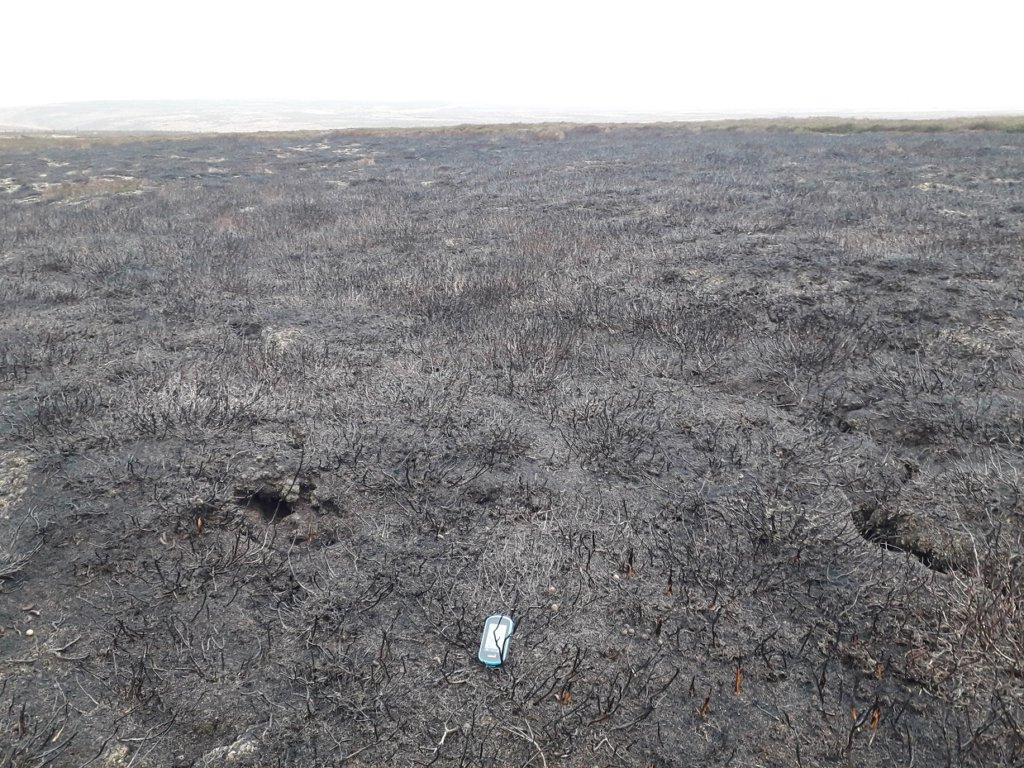 I would say the shooting tenant’s actions mean Yorkshire Water is unable to operate to the necessary corporate standards needed to uphold its obligations to the environment and its customers. But are these sufficient grounds to change the legal position?

“Yorkshire Water’s upland holdings were acquired by our predecessors decades ago and many of the acquisitions saw the sporting rights (shooting, fishing) “reserved” from the freehold. The exact rights and what can be done vary with the deeds related to the acquisition – but in principle, there are effectively two separate sets of rights applying to the same land with the two owners of those rights entitled to enjoy their rights. This gives us much less control over what happens on our land”.

So it seems a Utility Company is unable to manage its land for the public good. Are there any legal brains out there who can tell me otherwise?