Simulating clouds over the Tibetan Plateau to improve weather forecasts 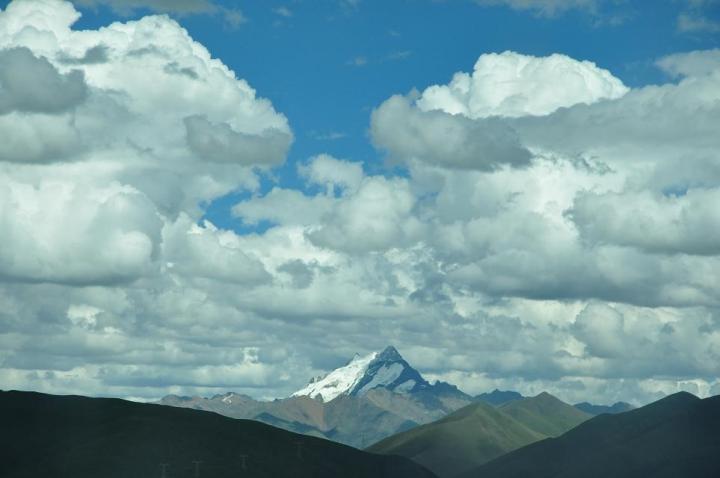 Because of its unique dynamic and thermodynamic forcing, the Tibetan Plateau is an active region for convective systems, with ‘popcorn-like’ cloud systems frequently occurring and developing over its central and eastern parts. When these cloud systems move eastward out of the Plateau region they play a particularly important role in the occurrence of disastrous weather events in China.

However, because of the harsh climate and unique geographic features of the Tibetan Plateau, only a few standard meteorological stations have been built there. The resultant observational deficiencies limit our understanding of Tibet’s clouds.

Recently, the development of new sets of meteorological satellite and remote sensing data, as well as some advanced detection methods–especially the satellite-retrieved products from CloudSat and CALIPSO–have contributed immensely to the knowledge base regarding Tibet’s clouds, as well as provided useful information on cloud microphysical properties and their vertical distributions over the region.

In cooperation with Australia’s Bureau of Meteorology, researchers of the Chinese Academy of Meteorological Sciences have carried out studies on the spatial and temporal distribution and simulation of cloud over the Tibetan region.

Results have shown less classic cumulus cloud to be simulated at middle levels when compared with observations from CALIPSO and CloudSat, but more ice cloud at high levels and drizzle drops at low levels.

It has also been found that the modeled lifting effect of the Tibetan Plateau is too strong, which means excessive water vapor is lifted to upper levels in the model, resulting in more simulated high-level ice clouds and less middle-level cumulus cloud over the Tibetan Plateau.

“There are many model-related problems that need to be solved when studying this region,” says Dr. Liang Hu, the lead author of the study. “We intend to conduct some sensitivity studies to test the effects of some critical physical processes, such as convection, topography, and boundary conditions. These studies will be conducted in the near future using the ACCESS city-scale model, with a relatively high spatial resolution.”

The findings are published in Advances in Atmospheric Sciences. Caterpillars of the peppered moth perceive color through their skin