Research shows what it takes to be a giant shark 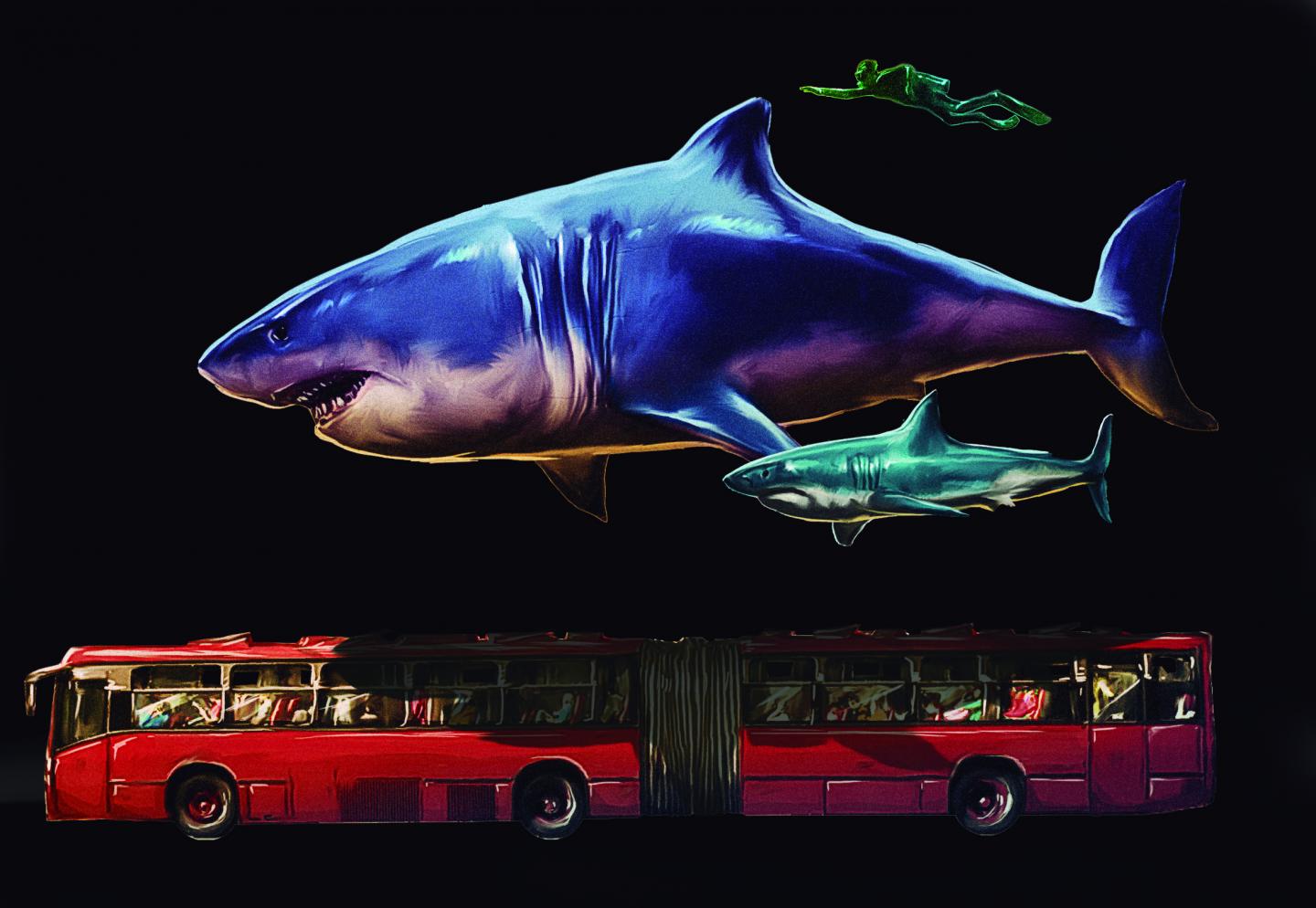 In a paper published by Evolution, research led by Swansea University’s Dr Catalina Pimiento and co-authored by an international team of scientists from the UK, Europe and the USA examined the biological traits of all sharks and rays before running a series of evolutionary models to seek how gigantism evolved over time.

The results showed that for a shark to be giant, it would need to first evolve adaptations that enhance feeding such as the ability to control – at least to some degree – their own body temperature or become a filter feeder.

One of the most famous giant sharks, Megalodon – the topic of 2018 Hollywood film The Meg – was an active predator that could measure up to 18 metres in length and became extinct around two million years ago.

Meanwhile, the whale shark – which is still around today – can also reach 18 metres but isn’t an active predator. Instead, it is a filter feeder and eats tiny plankton from the sea.

These two subjects formed key parts of the research, which centred on the tree of life for sharks, where the authors mapped characteristics relating to body size, like their thermo-regulatory capacity, feeding mechanism and diet.

However, there are risks involved for any shark following the evolutionary pathways that lead to gigantism. The mesothermic species need to consume big prey to maintain their high energetic demands, but when these prey are scarce, giant sharks are more susceptible to extinction. The scarcity of large prey in times of rapid climatic change was the most likely cause of the extinction of Megalodon.

While the filter feeders have shown more resilience, they are at risk of eating large volumes of toxic micro plastics that now can be found in the world’s oceans – thus threatening their extinction.

“Sharks provide an ideal case study to understand the evolutionary pathways leading to gigantism in the oceans because they display contrasting lifestyles and adaptations, and because they have an evolutionary history of at least 250 million years.” Warren’s Climate Scheme Would Siphon Off $1.5 Trillion From The Military How are zoo animals handling the coronavirus shutdown?