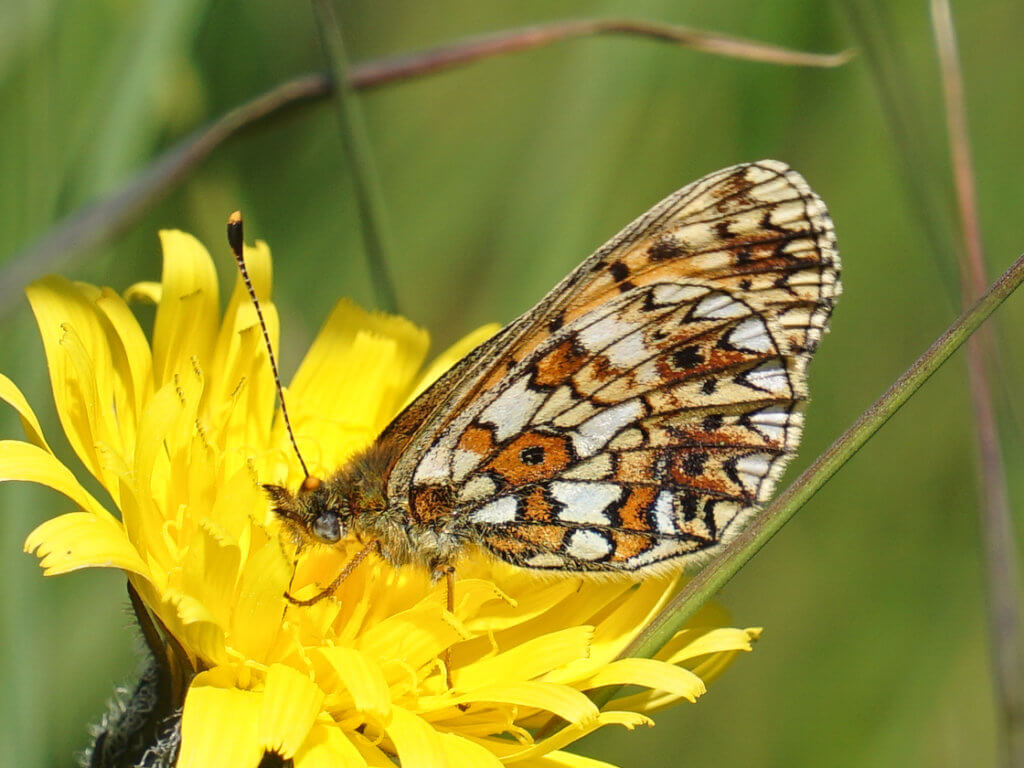 Paul writes: Small Pearl-bordered Fritillary (Boloria selene) was a new butterfly for me last year. I knew they bred at Fen Bog, a Yorkshire Wildlife Trust reserve on the North York Moors, so I thought I’d see if I could spot one. Fen Bog is a moorland reserve with a large area of wet heath, which is the ideal habitat for this butterfly. Sure enough after a short while on the reserve there were several fritillaries flying around, the only problem was distinguishing the Small Pearl-bordered from the Dark Green Fritillary (Argynis paphia), which is also present on the site. In the end it wasn’t too difficult as the Small Pearl-bordered is a much daintier low flying butterfly. All that remained was to get a good view of the underwing, which is the main distinguishing feature for most fritillaries. This is the thing I love about them most, they all look like winners in a design a butterfly wing colouring competition.

Small Pearl-bordered butterflies used to be a common species throughout Britain but now their range is much reduced, loss of habitat is the most likely reason. They are still common in Scotland, Wales and parts of western England but only exist in the rest of the country in a few isolated areas. They start flying at the end of May, a bit later as you travel North, and end in the middle of July. I saw this one on 25 June 2018.

Nominate a cleantech visionary for the VERGE Vanguard Endangered sharks being eaten in UK