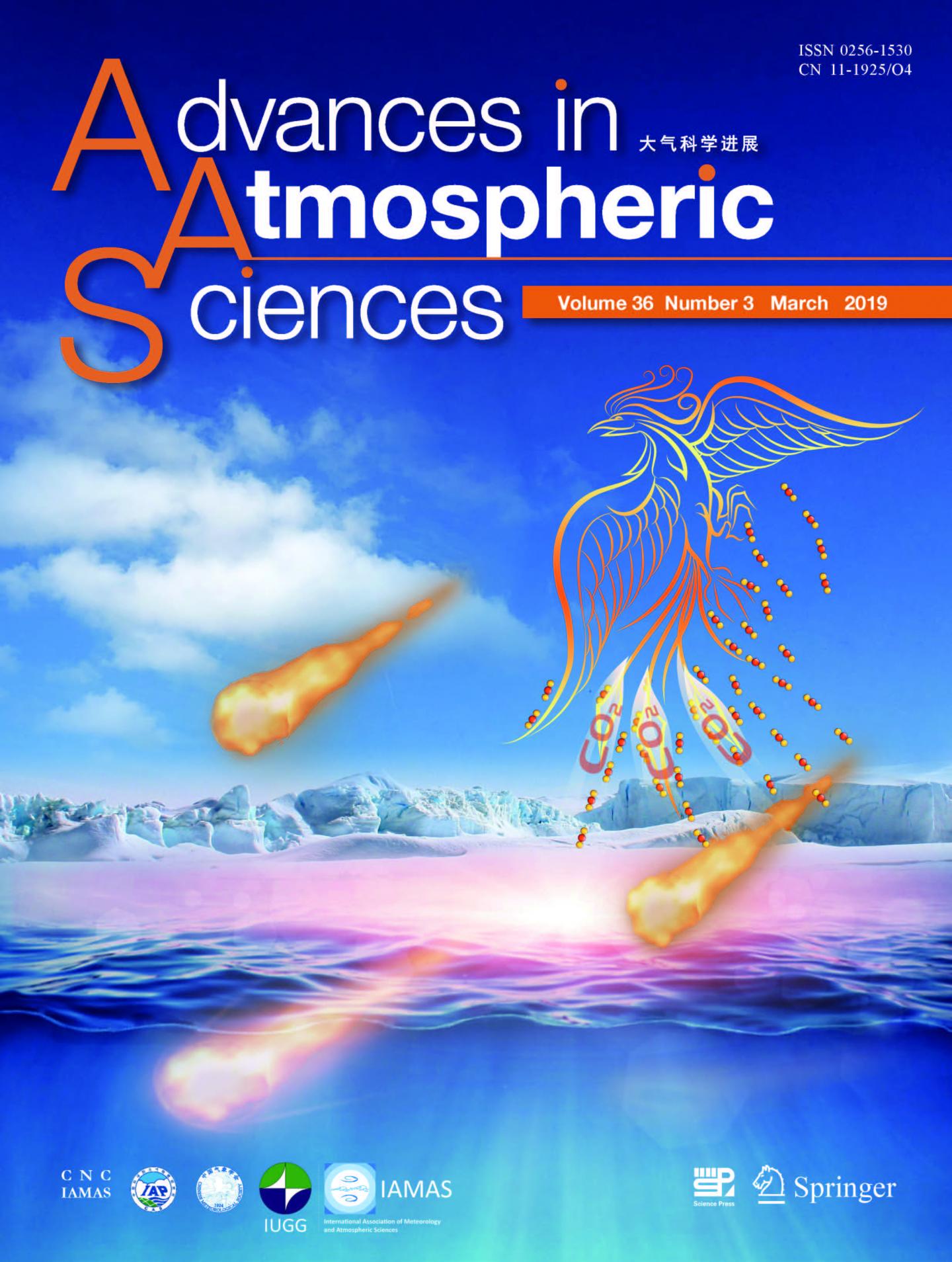 IMAGE: The study is highlighted on the cover of the March 2019 issue of Advances in Atmospheric Sciences. The increasing concentrations of heat-trapping gases, such as carbon dioxide, represented by a… view more

An international team, released the 2018 ocean heat content observations in Advances in Atmospheric Sciences on January 16, 2019. The newly available observations show that the year 2018 is the hottest year ever recorded for the global ocean, as evident in its highest ocean heat content since 1950s in the upper 2000m. Compared to the average value that was measured 1981 – 2010, the 2018 ocean heat anomaly is approximately 19.67 x 1022 Joules, a unit measure for heat. This heat increase in 2018 relative to 2017 is ~388 times more than the total electricity generation by China in 2017, and ~ 100 million times more than the Hiroshima bomb of heat. The years 2017, 2015, 2016 and 2014 came in just after 2018 in order of decreasing ocean heat content. The values are based on an ocean temperature analysis product conducted by the Institute of Atmospheric Physics (IAP) at Chinese Academy of Sciences.

The new study is shedding new light onto how much oceanic water temperatures have been changing over the years. The change in ocean heat content is considered to be one of the best – if not the best – way to measure climate change driven by greenhouse gasses emitted by human activities. This is because the global warming is driven by the Earth’s energy imbalance due to more greenhouse gasses in the air, and the vast majority (more than 90%) of global warming heat is deposited in the world’s oceans. Also, ocean heat record is less impacted by natural fluctuations and it is a robust indicator of climate change. Therefore, record-breaking ocean heat record serves as direct evidence for global warming and represents basis for adaptation to and mitigation of climate change.

“The new data, together with a rich body of literature, serve as an additional warning to both the government and the general public that we are experiencing inevitable global warming. The ocean and global warming have already taken place and caused serious damage and losses to both the economy and society,” states Dr. Lijing Cheng, the lead author of the report. He also recommends additional actions to be taken immediately in order to minimize future warming trends.

The researchers also highlight that the increases in ocean water heat, which they prognosticate will continue to rise, are causes for additional concern to both the scientific community as well as the public at large. This is because the higher temperatures result in an increase of sea level that comes with its own set of consequences. Examples of these include salt water contaminating fresh water wells which impacts the quality of drinking water, a compromised coastal infrastructure as well as increased likelihoods of storms. Along those lines, increases in ocean heat also have severe consequences for the global weather system because they result in much more intense storms and heavy rains. Other consequences of increasing ocean water temperatures include bleaching and death of corals, melting sea ice, increasing marine heat waves, or long periods of extreme war mesa surface temperatures, as well as impacts on natural variability. Ocean heating has also been connected to increased drought intensity, heatwaves as well as risk of wildlife.

The researchers’ future aims focus on a deeper understanding of the effects of warmer ocean waters. As such, the IAP and collaborators will continue to monitor trends as well as focus on understanding the climate system as well as the ocean’s role in it. By better understanding the potential dangers that increased ocean heat brings with it, the researchers hope to be a valuable economic resource to the fishing and tourism industries, for example. “These scientific activities will eventually serve the general public and government by enabling them to make informed decisions and thus create a better and more sustainable future for all,” Cheng adds.

Interviews: To request an advance copy of the paper or to organise interviews, contact Ms. Jenny Lin at Institute of Atmospheric Physics, Chinese Academy of Sciences (jennylin@mail.iap.ac.cn). Drs Lijing Cheng, John Abraham and Kevin Trenberth are available for email interview. Ophiuchus is part of the zodiac, too Project Drawdown: Could the world halt global warming entirely from the mid-2040s? – www.businessgreen.com This weekend, watch for a morning moon